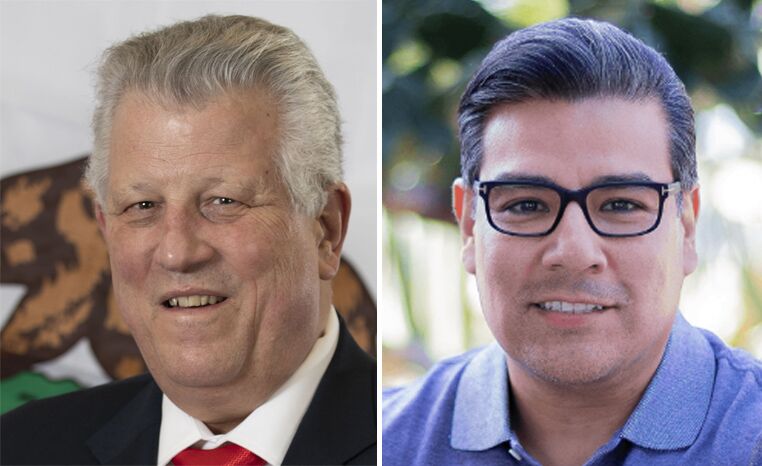 California voters this November will decide who will head a state agency that wields considerable power over home, auto and other insurance policies, choosing between an incumbent Democrat embroiled in controversy and his new Republican challenger.

The state’s insurance commissioner regulates a $310 billion industry and is particularly influential in helping homeowners in wildfire-prone areas maintain their insurance. The regulator also has the power to approve or reject rate increases and investigate fraud.

Ricardo Lara, a Democrat from Los Angeles, is widely regarded as the winner of November’s race, although he has been criticized for accepting campaign contributions from insurance executives during his first term as commissioner after promising not to accept money from industry. Lara’s challenger, Robert Howell, is a cybersecurity equipment maker who has never held public office and admits he knows little about the job of insurance commissioner or the industry he would regulate.

“This position is the consumer champion for the state’s largest consumer protection agency,” said Lara. “And experience is critical, not just to addressing the issues, to holding insurance companies accountable, but to making sure there’s an attorney to look after every Californian.”

Howell countered that a person with no experience was better than Lara, whom he called “a poster child for California corruption.”

“It’s a leadership position, the people who work for this organization should have all the background information on all the different subjects,” Howell said. “And insurance commissioners should focus on the people of California.”

Nine candidates ran for the position in the June primary, with Lara’s fiercest challenge coming from another Democrat, San Rafael Assembly Member Marc Levine, who launched a mere campaign against Lara that included a website called ricardolarascandal.com. Levine was third with 18% ahead of Howell’s 18.1%. Lara won 36% of the votes.

Lara is supported by the California Democratic Party, Governor Gavin Newsom, and legislative leaders. He was elected to the Assembly in 2010 before retiring from the State Senate in 2019.

During his first year as an insurance commissioner in 2019, Lara was criticized for billing taxpayers for an apartment in Sacramento while living in Los Angeles. That same year, Lara also apologized after news reports detailed how he had accepted campaign contributions from insurance industry officials and their spouses, and shortly thereafter made decisions in favor of executives.

Lara said his campaign accepted the contributions “which don’t reflect my values” and he fired his fundraiser.

“I’m proud that I’ve implemented a rigorous review process to really catch any incoming posts that don’t match my values,” said Lara. “I made mistakes, I fixed them.”

Lara is currently facing an investigation by the Fair Political Practices Commission into a series of insurance industry donations earlier this year to groups that later donated similar amounts to his re-election campaign. The investigation was sparked by a complaint filed by advocacy group Consumer Watchdog in May.

Major California newspaper editors cited Lara’s ethical failings when they presented Levine with her coveted endorsements in the primary. For November’s general election, newsrooms have noted that they grudgingly support Lara, saying they “wish voters had a better choice” but that Howell is not only inexperienced but also “clueless” about the job .

Howell said he didn’t know the ins and outs of the insurance industry and only picked the job because initially there were no Republicans in the running and he thought it gave him a chance. He said Lara’s well-documented fundraising issues were “a Christmas present when I looked at the guy I’m dealing with.”

Lara said his opponent was not only unqualified, but his views on abortion were “completely out of connection with California values.” The Department of Insurance, led by Lara, has helped consumers understand their health insurers’ obligations to cover abortions, which will include removing the cost of co-payments from January.

Howell said he supports tighter restrictions on abortions than are currently allowed under California law, saying they should be limited only to the first trimester and in cases where the mother’s life is in danger. He said he opposes Proposition 1, the November ballot measure that enshrines abortion rights in California’s constitution.

Howell said it was a lie that the state Department of Insurance had any role in abortion issues and that he hoped voters would focus on his track record as a small business owner rather than solely voting on their party affiliation.

“If people just vote for a research or development, all of our conversations are a waste of time,” Howell said.

Lara’s campaign highlighted his work to save California motorists $2.4 billion by asking auto insurance companies to refund some of the premiums they charged from customers who mostly stayed at home during the pandemic, making the claims reduced in car accidents. He enacted new rules requiring home insurers to offer discounts if homeowners can show they’ve done work to reduce their risk of fire, though critics claim they haven’t gone far enough, as insurance companies may still choose to not insuring a house.

Lara has issued temporary moratoriums preventing home insurers from dropping policies in certain fire-prone areas of the state, using a law he authored in 2018 as a state senator.

“I’m proud of the work we’re doing to really lead ourselves through these trying times,” said Lara.

Editorial: Congress must protect rights to contraception and same-sex relationships

Woman has 23 contact lenses removed from eye by ophthalmologist