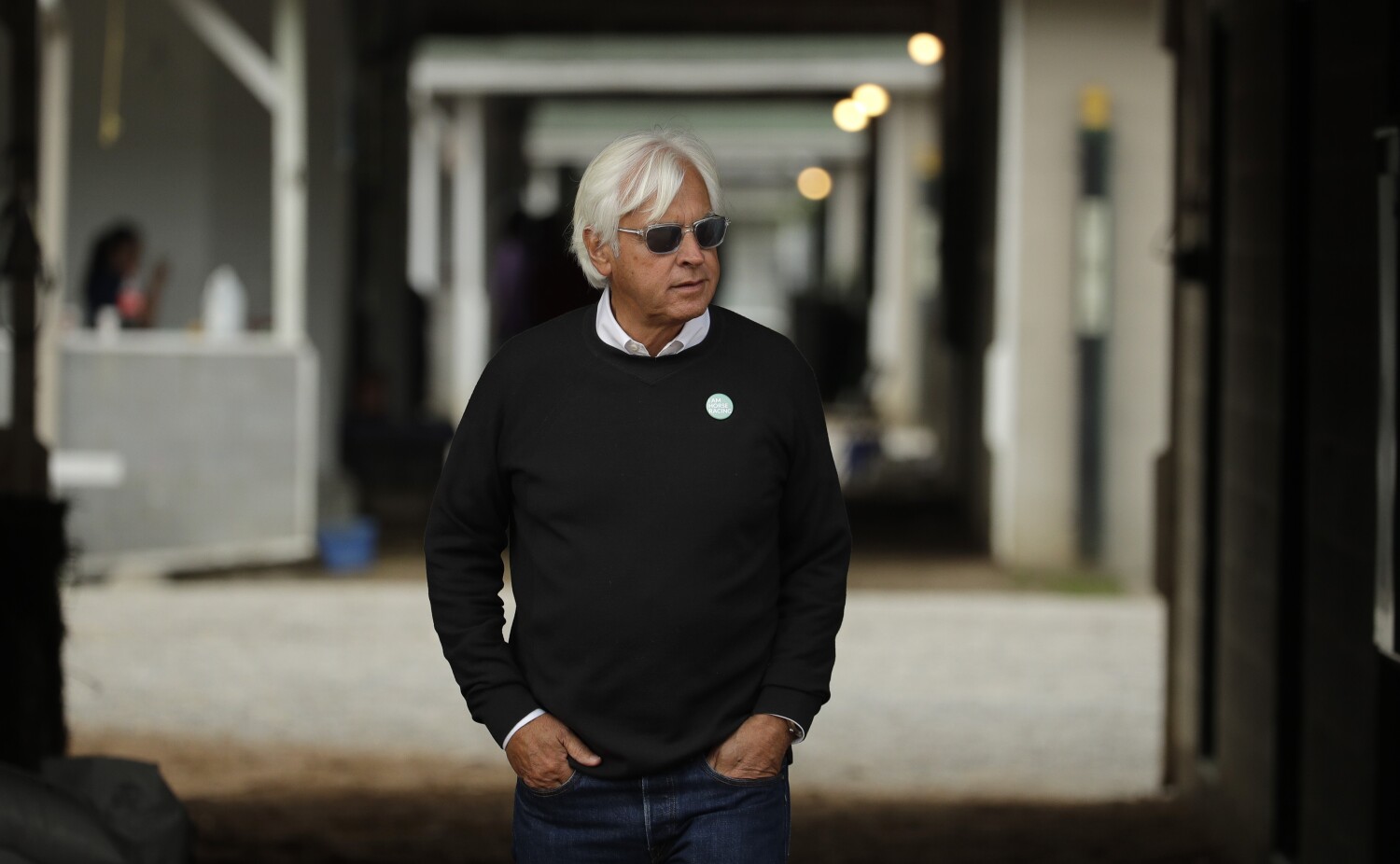 In a small victory, trainer Bob Baffert had his proposed two-year ban from racing in New York reduced to one year by a three-man panel appointed by the New York Racing Assn. Baffert can resume horse racing in the state on Jan. 26, which means he’s eligible to compete in next year’s Belmont Stakes.

Baffert can also run in the Preakness Stakes in Baltimore but is still not allowed to run at Churchill Downs, home of the Kentucky Derby. He was banned from Churchill Downs for two years after former Kentucky Derby winner Medina Spirit tested positive for a legal anti-inflammatory but was not legal on race day. Baffert can run at other tracks in Kentucky including Keeneland, home of this year’s Breeders’ Cup.

Baffert is currently serving a 90-day suspension by the Kentucky Horse Racing Commission for Medina Spirit’s positive test result and will return to training on July 3. All tracks, including those in Southern California, will comply with the suspension.

Craig Robertson, Baffert’s Kentucky attorney, said he has no comment at this time.

“This was an impartial and deliberative process that has resulted in a protracted suspension of the sport’s most prominent coach,” said David O’Rourke, NYRA President and Chief Executive. “However, this is not just about Bob Baffert or any individual, it is about protecting the integrity of the sport here in New York. [Thursday’s] Decision advances that goal.”

Baffert was credited with 59 days of service during a temporary suspension earlier this year and the 90-day suspension he is currently serving.

O. Peter Sherwood, a retired New York Supreme Court Justice, was the first hearing officer to make a non-binding recommendation for a two-year suspension. It took the panel two months to reach that verdict. Baffert has had no positive drug tests in New York. He generally sends a few horses to Saratoga’s summer meetings, but is not a big player in New York racing.

In other legal news from Baffert, his appeal to the KHRC to restore Medina Spirit’s victory in the Kentucky Derby has been postponed from June 28 to August 22. It is expected that many of these legal cases will be decided outside of state regulatory agencies and in civil courts.