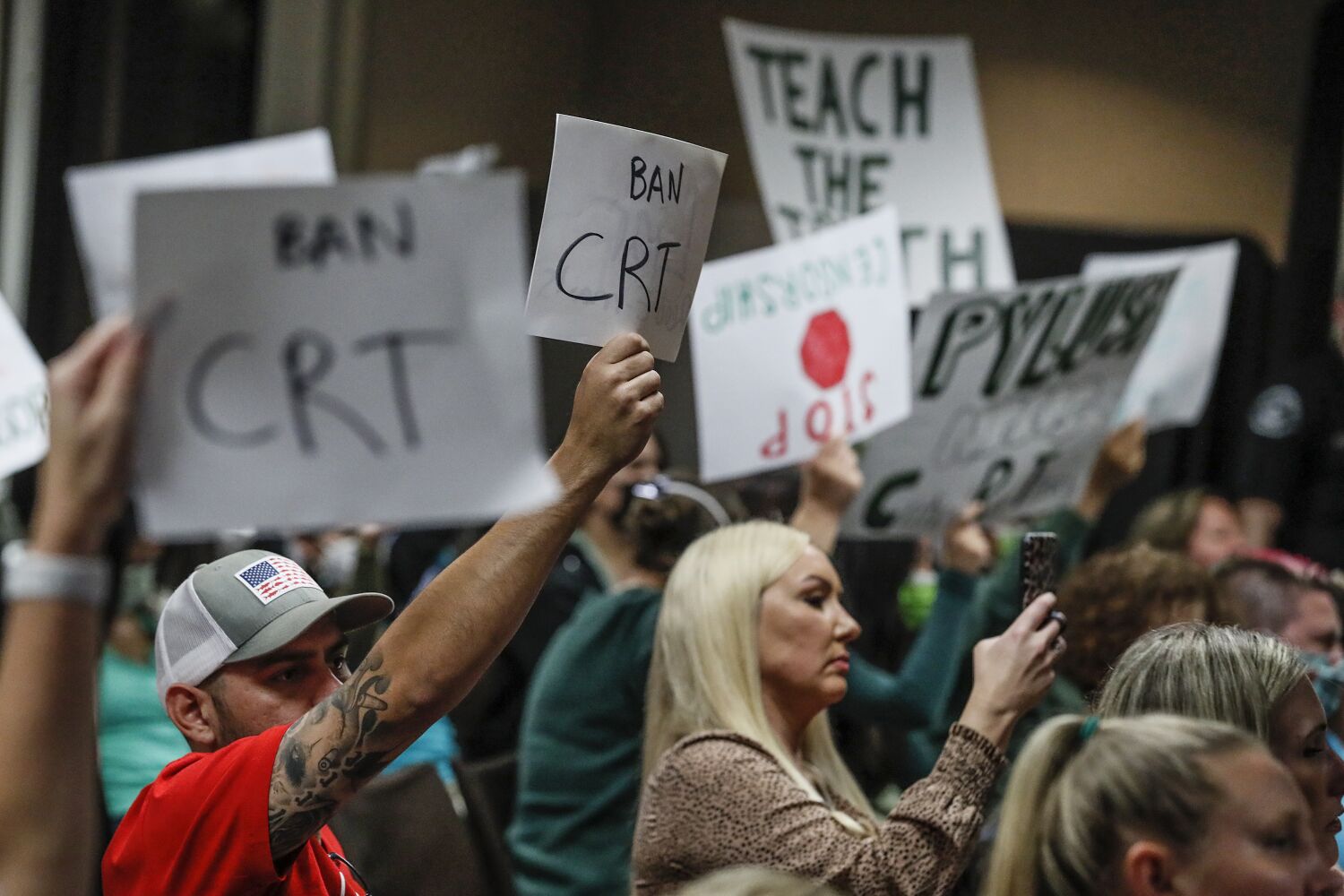 Months after an Orange County school district banned the teaching of critical race theory, Cal State Fullerton has told school officials that it is suspending placement of its student teachers in the system’s K-12 classrooms, citing concerns that district policy is at odds with the university’s goals, which promote equity and inclusion in education.

Executives at the university’s College of Education — one of the largest providers of teachers to the county’s public schools — told officials in the Placentia-Yorba Linda Unified School District that they didn’t think the district would be able to accept its student teachers support whose education is rooted in diversity, equity, inclusion, social justice and principles of critical race theory, according to a statement from the college.

“Clinical internships, fieldwork, and student instruction are important components of effective teacher preparation,” Lisa Kirtman, dean of the College of Education, said in the statement. “It is critical that we place teacher candidates in districts that support their growth and development.”

She added that she is willing to work with the district to provide learning experiences that value “freedom of thought and expression” for the diverse student population.

Kirtman could not be reached for comment Tuesday afternoon. In an email, a spokesman for the university said: “The situation is still evolving.”

Six student teachers from Cal State Fullerton are working in the Placentia-Yorba Linda District this school year, fewer than the 70 or 80 teachers normally enrolled in the system.

In a message to families, District Supt. Michael Matthews said CSUF College of Education leaders asked the district about its commitment to “providing a just, equitable and inclusive education” over the summer after the district board narrowly approved a measure in April banning the teaching of critical race theory.

The resolution, passed 3-2, promotes culturally relevant education and states that the district “values ​​all students and promotes justice and equality.” But it also said that the district “will not permit the use of critical race theory as a framework for such efforts” and that “other similar frameworks” cannot be used to guide teachings about race.

Cal State Fullerton then sent a letter to the district advising against the move, according to a school board member who read part of the letter at a public meeting. Another member of the school board read another portion of the letter, in which the university said it was proud that its students “come to you with the training to effectively explain and incorporate CRT and ethnic studies into their classrooms.”

School board member Marilyn Andersen said the university’s statement reiterated its support for the resolution banning critical race theory, saying, “It’s important to pass because our teachers come to our district to learn these principles and how to translate them into a K -12 environment can integrate . This is not imagination.”

It is not clear if educators in the Placentia-Yorba Linda District have ever taught classes in Critical Race Theory, a university-level academic framework that examines how racial inequality and racism are embedded in legal systems, policies, and institutions in America.

But Republican activists and lawmakers have smeared academic theory in recent years as part of a bid to restrict the way race and racism are taught in classrooms.

In his message to families, Matthews said the school district gave assurances to the college that it would provide a “just, equitable and inclusive education.” Everyone Students.”

Candidate teachers at Cal State Fullerton participate in 150 hours of fieldwork during their first semester of undergraduate teaching and 450 hours during their sophomore semester, according to the college’s website. The university works with 14 school districts to place student teachers.

Some teachers and parents in the district worry that the lack of additional help from student teachers will hurt classrooms, while many students are focused on school recovery and need extra attention.

One teacher, who spoke on condition of anonymity for fear of political backlash, said teachers are already overwhelmed and removing student teachers is increasing their workload.

Student teachers typically spend a few weeks observing a classroom before leading the classroom under the guidance of a regular teacher.

“I was supposed to get a student teacher this semester, but I didn’t,” the teacher said. “Now we cannot teach tomorrow’s teachers.”

Alex Siemons, a parent of two high school students in the district, said his daughter benefited last year from having two Cal State Fullerton student teachers in her orchestra class.

“It has a direct impact on the ability to educate children in our district,” he said, adding that he views Cal State Fullerton’s decision as a rebuke to the district’s ban on critical race theory. “The outcome of what happened is hurting children, teachers and student teachers.”

Critical race theory remains a key issue in next month’s school board elections. Carrie Buck and Karin Freeman – the two board members who voted against the April resolution – are up for re-election.

Your challengers oppose critical race theory and are backed by the Orange County Republican Party and two other school board members.