Darth Vader could very well be the coolest villain in all of sci-fi movies. He’s just so menacing and ethereal. Seeing his armor being assembled in Episode 3 of Obi-Wan Kenobi is a prime example. You know exactly what is happening and what it will look like, and yet the process leaves you chilled.

The Star Wars TV series wasted little time confronting Vader with his former Jedi Master following the tantalizing reveal of Episode 2. Emotions get frayed in the encounter, but everything is fleeting as Obi-Wan works to back off, at least for now, rather than engage.

There’s still young Leia to worry about, who has Reva on her tail. If Obi-Wan Kenobi is good for anything, it’s for getting a sense of how all-encompassing the Empire’s rule was. Stormtroopers are everywhere and humans are treated as meaningless fodder in the wake of the Empire’s goals. However, the many strands of this story don’t quite coalesce in the way you would hope.

Nothing competes with Vader here. It’s always a pleasure to see how he dresses and acts. The way he urges Reva to track down Obi-Wan too, the contempt in James Earl Jones’ booming voice, is great too. As far as Star Wars characters go, Darth Vader is perhaps the only one who has stayed consistent with his permutations. He’s a mean dictator who uses his own emotional trauma as a bludgeon for others.

Before Obi-Wan catches a glimpse of his former best friend, we spend some time watching him and Leia continue to find a good hiding spot. The Empire’s grip is now deep. Stormtroopers have regular checkpoints, and perhaps most worryingly, the Empire has its sympathizers.

I’m skeptical of how deep a Disney Plus sci-fi series will go on Empire supporters compared to people who wore the iconography just to avoid trouble. A fascist is a fascist, yes, but so is Star Wars, and I suspect the House of Mouse will lean towards sympathy where it can. Either way, in the back of a pickup truck, Obi-Wan and Leia are brazen and better off with the insignia of the Empire. 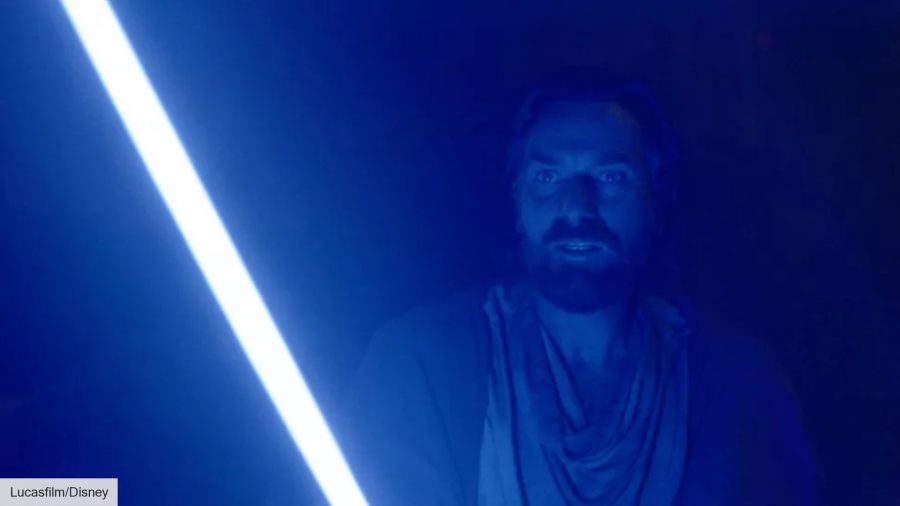 The scene had many hallmarks of the franchise. You’d see a bizarre alien race that looks like a humanized hybrid of a rodent and a sloth, who are also regulars at your father’s favorite dive bar, tense chattering stormtroopers, and some bypassing the Skywalkers’ grief. The inevitable gunfight comes as expected, with Obi-Wan being rescued by an Empire defector.

Tia tore me up. Indira Varma brings a believable emotionality, but only three episodes and we’re getting a traitor to Vader’s rule that feels like some sort of cop-out. It subverts the Empire as a monolith that suffocated a galaxy far, far away until the events of A New Hope. I wonder how much control Vader had after Revenge of the Sith.

Meanwhile, Reva’s bid to become Grand Inquisitor doesn’t sit well with the other Jedi hunters. This is a better exploration of the divisions within the ranks because it questions what makes the Empire’s ideal assassin. Is it someone inconsiderate? Or someone who follows orders?

Reva is pretty cold-hearted, but she’s not very into being part of a team. Her interest now aligns with Vader’s, but what happens later when Obi-Wan and Leia inevitably escape? We could be part of a long con that revolves around Obi-Wan’s shadow more than anything else.

McGregor is predictably brilliant when confronting Vader, who is nearly frozen with fear. The Sith takes his chance to inflict pain while Obi-Wan can only run away. Their brief fight, dimly lit in a deserted area to heighten Vader’s terror, is reminiscent of Kenobi’s line from A New Hope: “Knock me down and I will become more powerful than you can imagine.”

In the original trilogy, this was a reference to Luke and Leia being inspired to go all-in with the Rebel Alliance. Here, however, is Anakin, who has risen well above the Jedi hierarchy to become something downright terrifying. So creepy that he pales in comparison to most of the things around him in Obi-Wan Kenobi.