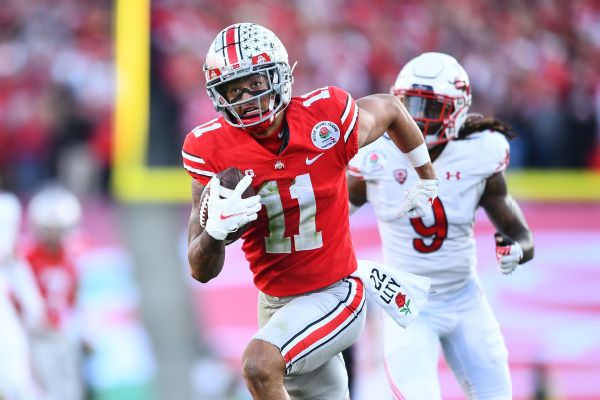 Smith-Njigba, who led Ohio State in 2021 with 1,606 yards, suffered a hamstring injury early in the Sept. 3 opener against Notre Dame. He went through light warm-ups last week but didn’t play against Arkansas State. Fleming, who had 12 receptions last season, suffered an undisclosed injury late in training camp and has not played this season.

“He’s further than he was at this point last week,” said coach Ryan Day of Smith-Njigba. “We expect him to play this weekend, we’ll see how this week goes, but we’ll only bring him into play when we’re 100% sure he’s ready.”

Day described Fleming’s situation as similar to Smith-Njigba’s. Fleming did some warm-up exercises before the Arkansas State game.

Sophomores Emeka Egbuka and Marvin Harrison Jr. have surfaced during Smith-Njigba’s absence and have had 25 receptions, 448 yards and 5 touchdowns in Ohio State’s first two games.

“We’re a different team when Jaxon is in there, no question, but we had to get some other guys to sort out some things,” Day said. “That was good for the longevity of the attack and the depth of the attack.”

Report of shooting at Hollywood High School deemed a hoax