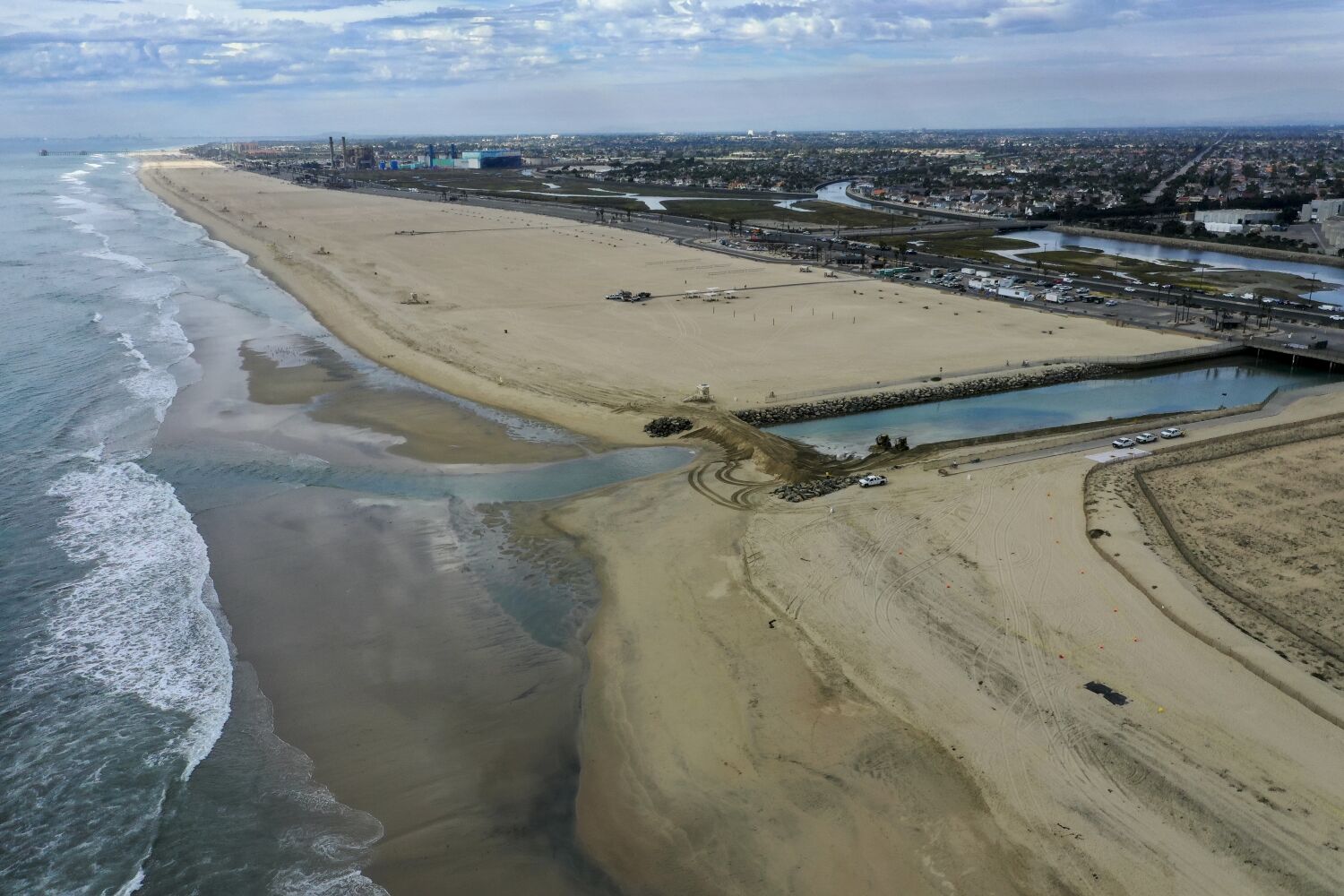 State officials have contained a slick of oil discovered Friday morning in the Talbert Canal near Huntington Beach.

According to the California Department of Fish and Wildlife’s Office of Spill Prevention and Response, crews working to replace sheer slab walls had noticed glints of light.

“Because of the oil’s brownish-milky characteristics, officials believe it may have come from an abandoned pipeline,” state officials said.

The shine was contained and crews continued to monitor the situation, officials said in a tweet Friday afternoon.

“No oil was observed at Talbert Marsh; no oily wildlife observed,” the tweet reads.

After an estimated 25,000 gallons of crude oil spilled from a broken pipeline connected to an offshore platform in Orange County last October, oil seeped into the environmentally sensitive Talbert Marsh.

Though authorities initially feared the worst as crashing waves churned up dead fish and oil-covered birds struggled to flee, a combination of luck, favorable weather conditions and an aggressive response from officials who had learned from previous oil spills softened the blow.

Officials pointed to a favorable ocean current that pulled the oil plumes south without large amounts of oil hitting the shores.

Beaches as far south as San Diego County saw tar balls but escaped major oil floods. This was in marked contrast to the much larger American Trader oil spill in 1990, which blanketed beaches, jetties and wetlands with crude oil and polluted 15 miles of Orange County beaches.

A spokesman for the Department of Fish and Wildlife could not be reached on Friday for further information.

Chargers vs. Browns matchups, how to watch and prediction

50 years of AccuWeather: Consensus forecasting has helped form the most accurate forecasts