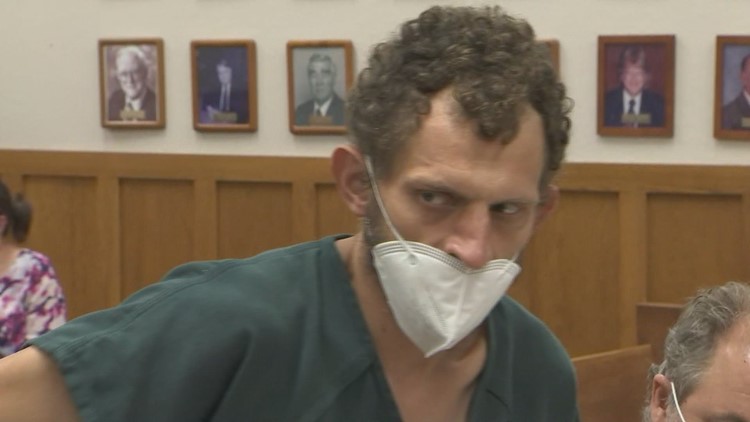 Shaun Rose is suspected of killing an Olalla couple at their home on August 18. He faces two counts of first-degree murder.

OLALLA, Wash. – The man suspected of killing a couple in Olalla pleaded not guilty Tuesday. He is being held without bail awaiting a September 13 court date.

According to court documents released Tuesday, Steven and Mina’s daughter went to her home on Shady Glen Avenue to check on them around 5:15 p.m. When she entered the house, she could not find her, but saw broken glass and blood stains in her bedroom. She then called the police.

When Kitsap County lawmakers arrived, they found the couple dead in a garbage can with gunshot wounds, court records show. They also discovered signs of a break-in and that several items were missing from the house, including Mina’s wallet.

Investigators found that Rose lived with his girlfriend in an RV nearby. Inside the vehicle, deputies found Rose’s clothes with blood on them, as well as credit cards and ID belonging to Steven and Mina Shulz.

Rose’s friend told authorities she left for work at 12:30 am on August 18. Rose asked her for a ride, but then got out of her car at the end of the street on Shady Glen Avenue, where the Shulz lived. According to court records, several witnesses reported hearing multiple gunshots around 2:30 a.m. the same day.

He was arrested and taken into custody on August 21 after a fight at a gas station in Tacoma.

Rose was previously arrested and charged with a burglary at another Olalla residence, where he stole numerous firearms.

According to the Kitsap County Sheriff’s Office, Rose stole 13 firearms from a home on the 6300 block of Nelson Road in 2021. It was not far from where Steven and Mina Shulz were found dead on the evening of August 18, a little over a year later from the time of the burglary.

The Shulz’s owned East 2 West Brewing and were described as “valued members of the Olalla community”.

'Gotham Knights' is coming out four days earlier than you thought