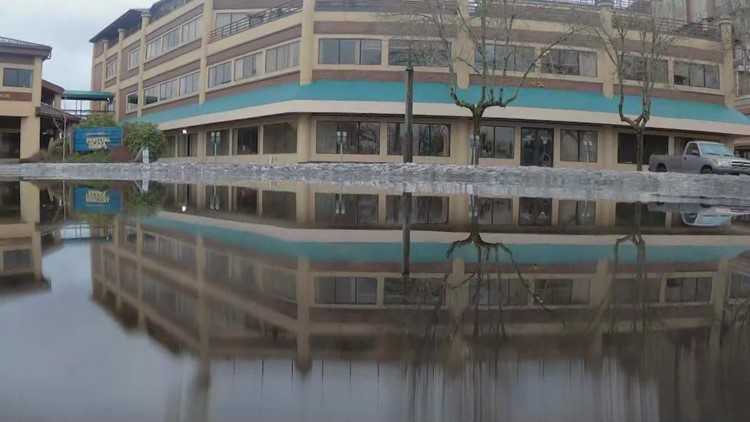 “This morning was quite a special event,” said Eric Christensen, Water Resources Manager for the City of Olympia.

He said the city was prepared for high tides, but when atmospheric pressure “bottomed out” the tides were much higher than expected.

“Today we saw something we have never seen before,” Christensen said.

BJ Clausen walked into his office at Capital City Yachts to find 4 inches of standing water.

“I wish I had put on my boots this morning,” Clausen said. “This is the worst I’ve seen in 35 years.”

Pam Oates, co-owner of Budd Bay Café, said that although the dining room floor was wet, the restaurant was still open for lunch and dinner.

“We are resilient,” says Oates.

As the main flood receded, Lena Drath began to find jellyfish swimming in the streets around the Oyster House restaurant, where she worked as a hostess. She picked up some jellyfish and released them back into Puget Sound.

“I was like, ‘Oh my gosh! That is really sad. They will die in the streets,” Drath said.