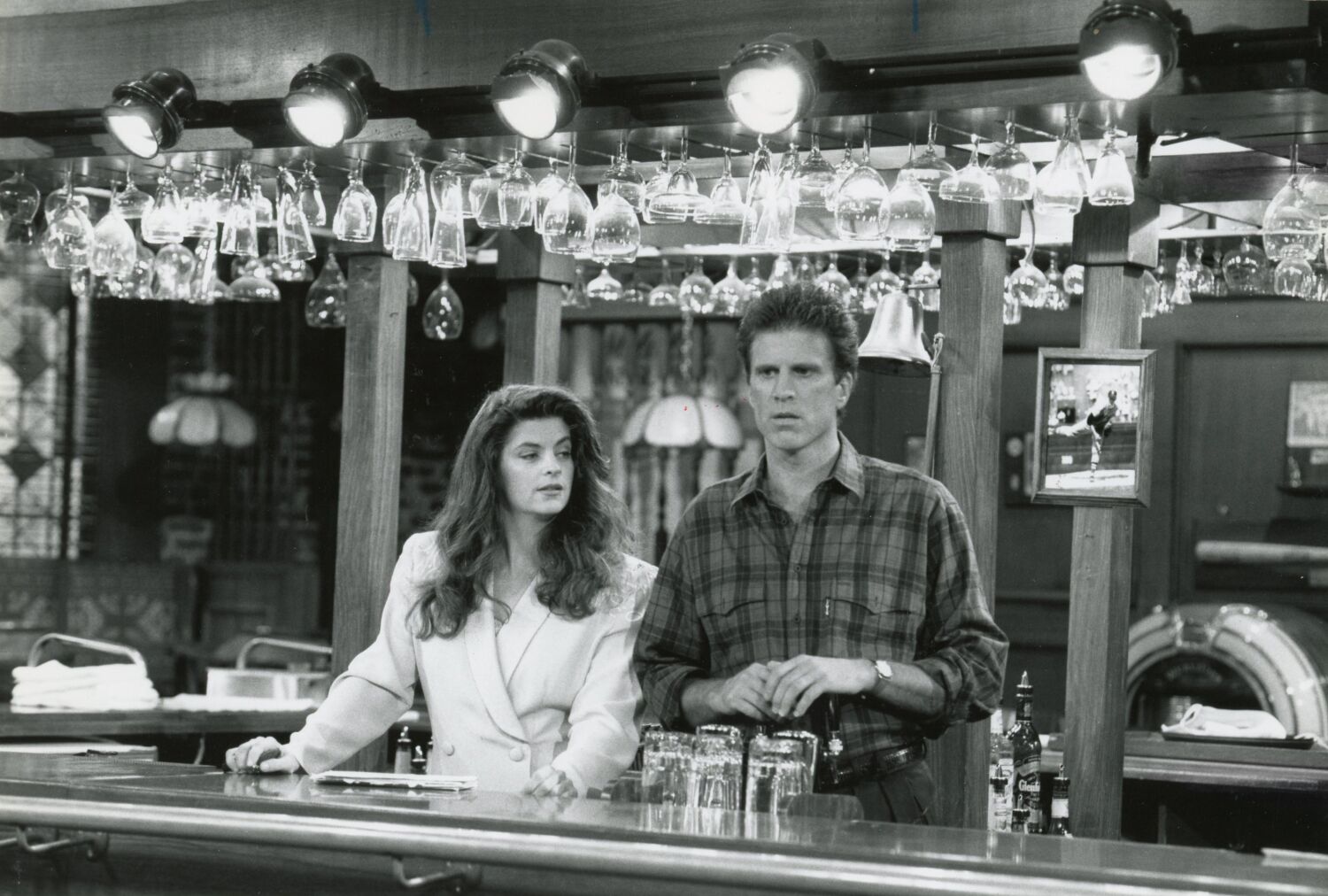 Many television shows have lost and gained characters in their lifetime, but when Kirstie Alley took on the female lead in Shelley Long’s Cheers in 1987, it was something epochal, almost a reboot, a new life. Long’s Diane Chambers was a runaway bride, intellectual, willowy, blonde, mathematically destined to be paired with Ted Danson’s bartender-owner Sam Malone — and they actually dated on and off throughout their five seasons.

As Rebecca Howe, who came on the show as Sam’s new boss — he’d sold the bar to a conglomerate — Alley, who starred for the next six seasons, was something else entirely: dark, solid, physical, gritty, with a gift for slapstick and license to make it big where Long had been held back and – to his endless frustration – not at all interested in Sam.

I’ve never seen any of the three “Look Who’s Talking” films that Alley, who died Monday at the age of 71, was filming with John Travolta during and shortly after “Cheers,” but I can only assume they is great at it. because I’ve never seen her any other way, not even in shows and roles that were less worthy of her presence, less supportive of her talent. However, “Cheers” is one of the best-written comedies in television history, and the combination of actor and role created the role for which she is justifiably best remembered.

Rebecca’s main theme was thwarted ambition, professional and romantic – the two were mixed up in her mind – limited by her own situational blindness and the company’s glass ceiling. (Sexual harassment and power relations are portrayed repeatedly, though not explored in depth.) Watching the show now, its settings feel transient: Sam is a dinosaur whose sexual obsession the show half celebrates, half criticizes.

But there’s something particularly interesting about his relationship with Rebecca. There is no romance between them. His interest in her is exclusively sexual – or psychosexual, fueled by her lack of reciprocation – ultimately leading to a complicated, often touching, semi-platonic friendship that hasn’t had and has no parallel on television.

If Rebecca’s character gets a little too desperate in later seasons when it comes to Landing a Man, it may have been partly because Alley was so obviously good at acting that kind of comedy, so compellingly breaking down.

If thwarted ambition, physical comedy, and the ability to weep merrily placed Alley in a lineage descended from Lucille Ball, she also had something of the strength and vulnerability, the raw intelligence, and emotional appeal of the great women of screwball comedy – Rosalind Russel, Barbara Stanwyck. (And like some of these stars, she might be sour on the subject of her industry, “the most oppressive business on the planet,” Tomorrow.)

She was primarily a comics actress, though she won her second Emmy as the mother of an autistic teenager after Cheers in a drama, the 1994 TV movie David’s Mother, and I first saw her as Saavik, Spocks Protégé in the 1982 film Star Trek II: The Wrath of Khan, her screen debut. (Not counting three episodes as a contestant on Match Game.) With her striking looks—green, wide-set eyes and a bounty of hair that she used as an expressive accessory—she was unforgettable at first sight, and unforgettable when she began acting.

Subsequent series did not bother to domesticate them. In the excellent Veronica’s Closet, created by Marta Kauffman and David Crane from Friends, which ran from 1997-2000, she played the entrepreneurial dreams of Rebecca Howe, the head of a lingerie company. In the less good, short-lived “Kirstie,” she played the lead role of a Broadway star uneasy reunited with the nondescript child she had put up for adoption decades earlier. And in 2005’s self-reflective, semi-improvised Fat Actress, she played a version of herself, trying to restart her career in the face of tabloids’ obsession with her weight.

Alley, who was also a regular on Ryan Murphy’s Scream Queens season 2, has continued to work in guest roles and reality shows – this year’s The Masked Singer was her final screen appearance. But there was never another “cheers” or another “look who’s talking” in her life, and there was never as much work as she should have had.

“What I want to do with the rest of my life is work,” she told journalist Clive James in the 1989 British documentary Postcard From Hollywood. “And I think if you were like a chick, you know, that was like a flash in the dark, you probably wouldn’t have the opportunity to work for very long. But I don’t think I’m really bimbo-like. When I get old and fat, I play old fat character roles, I don’t care. It is fun.”

https://www.latimes.com/entertainment-arts/tv/story/2022-12-06/kirstie-alley-cheers-veronicas-closet-fat-actress-star-trek-look-whos-talking On ‘Cheers,’ Kirstie Alley was one half of a perfect TV pair

A Rare Opening for Immigration Compromise

Will Karin Slaughter series Will Trent come to Netflix?