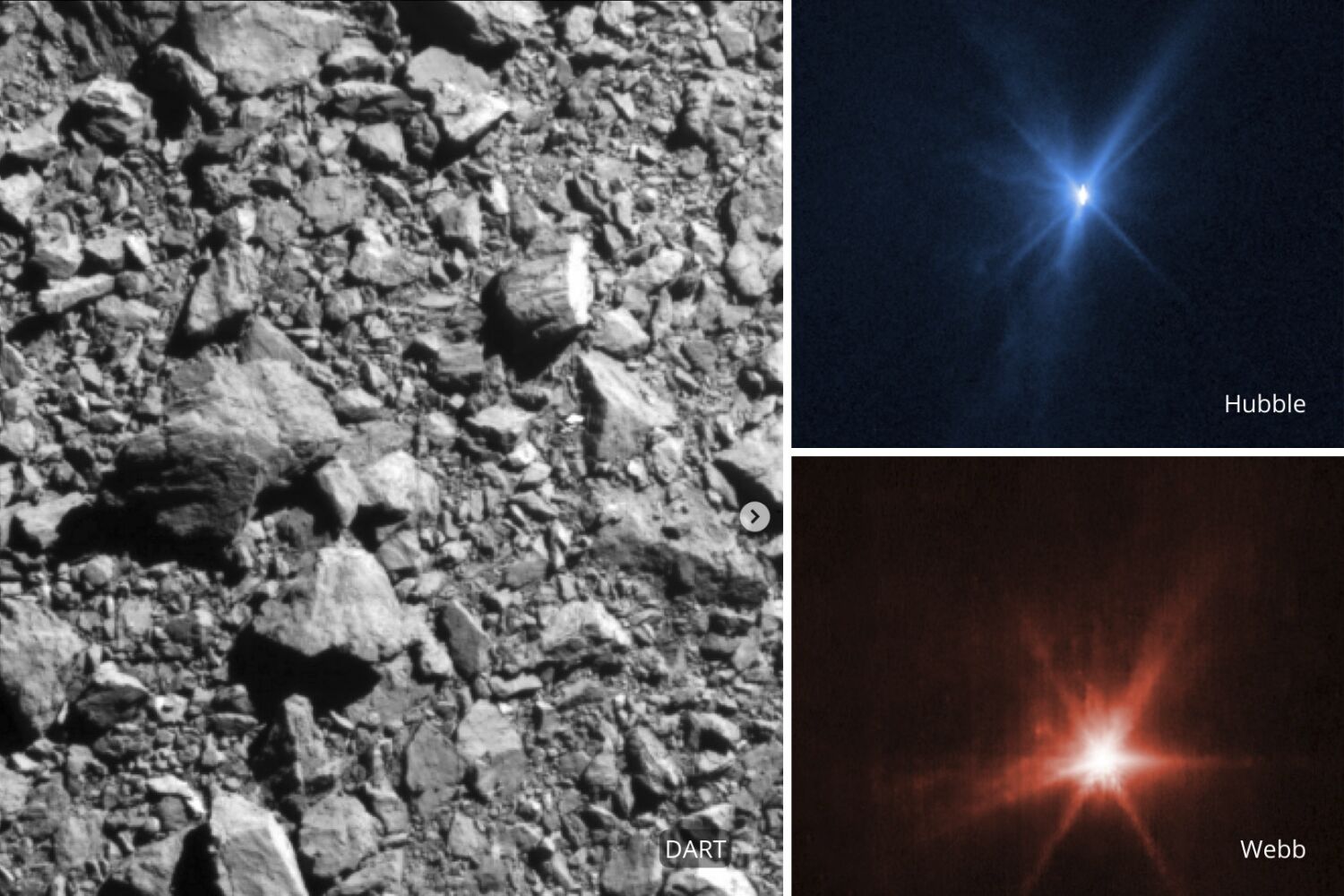 The stock market collapses, inflation rises and there is no end in sight to the war in Ukraine. But not all news is bad: Our planet just got a little bit safer thanks to NASA.

In a feat previously relegated to the realms of science fiction, NASA scientists have successfully deflected an asteroid from its orbit.

On September 26th, DART, a spacecraft the size of a commercial dryer, struck a harmless asteroid called Dimorphos – proving that we humans might be able to mount an Earth defense should a killer asteroid come our way.

Such a scenario is not far-fetched. Every schoolchild knows that we don’t see dinosaurs on Earth because they were wiped out by a giant asteroid impact about 66 million years ago.

In a modern example, in 1908 an object — maybe a rocky asteroid, maybe an icy comet — the size of a 15-story skyscraper exploded over the Tunguska River in Siberia, releasing an energy equivalent to about 12-15 megatons of TNT (about 1 thousand times stronger than the atomic bomb that destroyed Hiroshima).

Most asteroids and comets that enter Earth’s atmosphere quickly vaporize due to the heat generated by friction. However, the object in Siberia came within 10 miles of the planet’s surface. 80 million trees were cut down in an area of ​​230 square miles. It left no crater, but the circular pattern of immense destruction is sobering.

Evidence of such events is found all over the world. Scientists believe that an explosion similar to that at Tunguska Tall el-Hammam, an ancient walled city near the Dead Sea, occurred around 1650 BC. destroyed.

A telltale sign of a planetary asteroid impact is the presence of the mineral coesite, a variant of quartz that only forms under intense heat and pressure. The kilometer-wide meteor crater in Arizona is rich in coesite, as are other sites around the world. Fortunately, collisions with an asteroid of the size (roughly 100 to 170 feet in diameter), configuration, and speed that created Meteor Crater are rare, happening every few hundred years, and are much more likely to hit open ocean or empty areas than a population center.

Still, such a collision could spell the end of a city like Los Angeles, and larger asteroids could spell the end of humanity. There are thousands of these orbiting rocks in our solar system, and quite a few are on paths that bring them perilously close to Earth. NASA has been finding and tracking them for more than two decades in a congressional-approved program. So far, none have posed a real threat.

But because the chance isn’t zero, NASA has tried to develop a defense mechanism. DART (short for Double Asteroid Redirection Test) tested the feasibility of changing an asteroid’s orbit and redirecting it away from Earth by bumping it onto a new trajectory.

DART crashed into Dimorphos at a speed of just over 4 miles per second. More than three dozen telescopes around the world observed the impact, as did the Hubble and James Webb Space Telescopes and the LICIACube, an Italian spacecraft specially designed to observe DART’s impact with Dimorphos.

When NASA announced on Tuesday that Dimorphos had indeed been diverted, it also revealed that its experiment worked better than predicted. Calculations had shown that Dimorphos’ orbit around its larger parent asteroid Didymos, which lasted 11.9 hours, would accelerate by 10 minutes after DART hit it. The actual observed time was 32 minutes.

NASA’s live broadcast on September 26 was fascinating. DART’s camera spotted Dimorphos as a faint patch of light just an hour before impact, and it wasn’t until five minutes before impact that the asteroid really came into focus. In the final seconds before DART made contact, the asteroid’s surface — what appeared to be a rocky field strewn with debris — filled the screen. Then, as planned, the screen went dark and the scientists watching him cheered.

The DART mission is not over yet; the generated data is still being analyzed. The results are there though: DART must be ranked among the most successful spacecraft NASA has ever launched. For the first time in our species’ history, we have shown that we may be able to defend the planet from a massive invader from space.

Saswato R. Das, a physicist by training, writes about science and technology.

Disney and Marvel will hold a games showcase on September 9th

Energy and the Environment 2023 Predictions and Watchlist

Uber will pay $2.2 million to settle claims it overcharged riders with disabilities