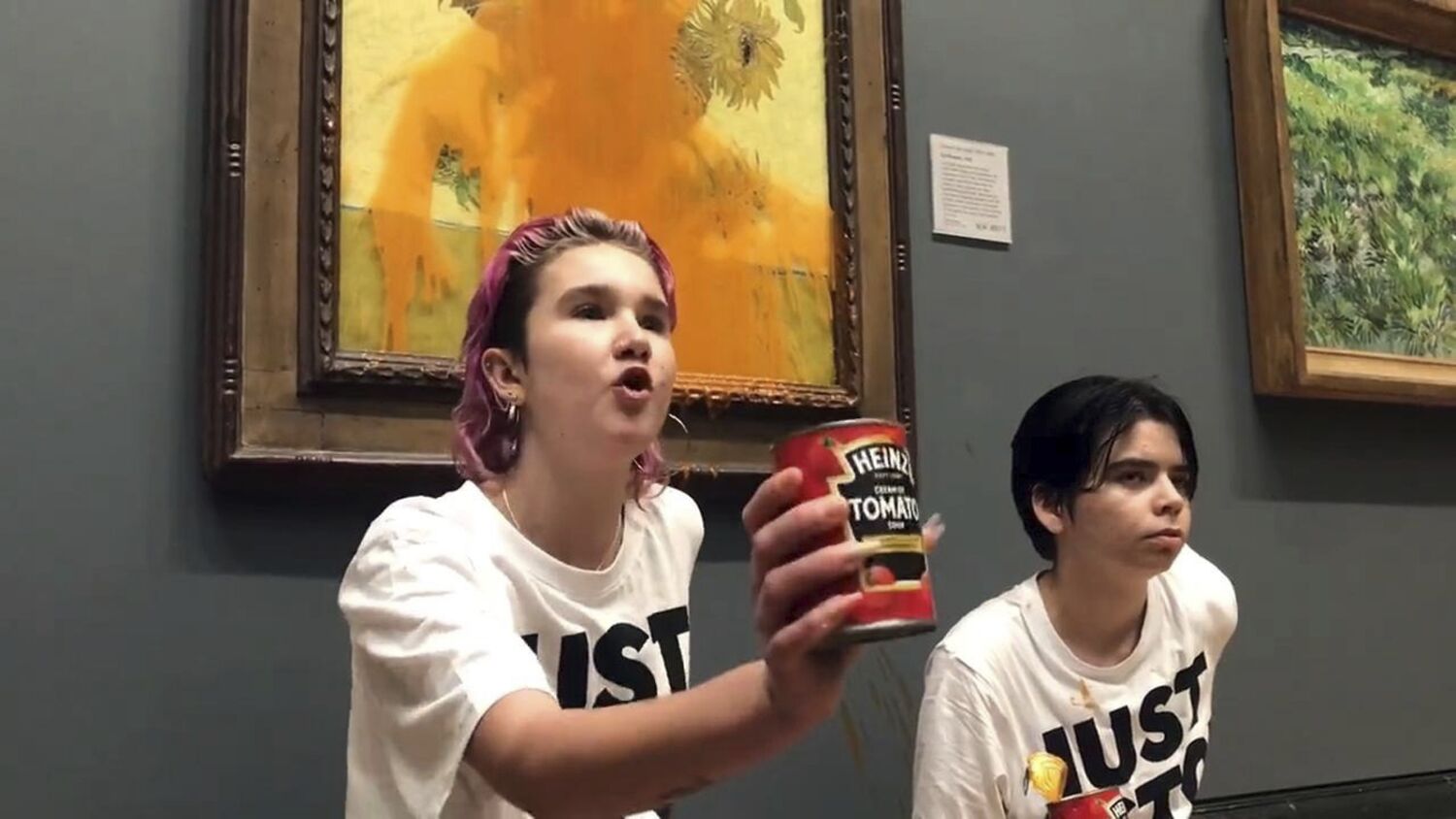 In recent months, climate activists have engaged in a food fight with art museums across Europe. Their protests have included throwing tomato soup at a Van Gogh painting in London’s National Gallery and smearing cake on the protective glass covering the Mona Lisa. Last week they threw mashed potatoes on the glass cover of a Monet in a German museum. Aside from some minor damage to some frames, none of the art was damaged.

I used to work as a gallery attendant at a contemporary art museum before COVID hit. My job was twofold: to protect the art and to answer people’s questions. But above all protect the art. None of the pieces I worked on were behind glass; Many were worth more money than a Los Angeles mansion. My gallery mates and I were the only ones standing between the art and all the people who came to take selfies with the works.

During one of my first shifts, a colleague told me not to bend over backwards if something happened under my supervision because all art was insured. Often, when I was tired and bored at work, I would ponder why these paintings were better insured than I was.

A part of me still cringes when I visit a museum and see someone getting too close to a work of art. I’ve done fine art in some form my entire life, so I’m in awe of the physical care of an artwork.

And yet there is another part of me that formed during those long hours guarding the paintings of wealthy people for minimum wage that was deeply delighted when I saw the food hit those paintings.

It is that Part of me understands that the only way to get these and other powerful institutions to take notice of you is to get too close — especially something of great value with a hefty price tag. A part of me that understands that it’s not about hurting art – if it were, these activists would choose pieces that aren’t behind glass.

Some of the activists from a group called Last Generation have said that these protests are about starting a conversation about climate change, and others from the group Just Stop Oil have asked, “What’s worth more, art or life? ” Last Generation has two claims on its website, both aimed specifically at reducing emissions in practical ways, such as lowering the speed limit on German autobahns from 130 km to 100 km/h. I imagine these groups are also protesting the institutions, the way they seem to work, as if they are cut off from the lives of average people from anything that happens outside their walls.

I falter when I think about whether or not throwing food at a painting is crazy on a practical and philosophical level. But I have a strong feeling that the mood behind the act is spot on. Most days I feel insane reading the news. I feel insane throwing my cans in the bin, taking my bags to the grocery store and wondering if any of it will even make a dent.

I watch as climate scientists continually update our expiration date, I watch the topic trend on Twitter after an emissions policy is passed or failed, and then watch as it is replaced by something a celebrity did. I watch all of us, myself included, going about our days as if they weren’t numbered — and none of it feels more or less insane than throwing soup at a painting.

Whether or not smearing mashed potatoes on a glazed painting is an appropriate response, it feels like energy adjusting energy. We are on the brink of extinction. Even more, we make it: we are the artists of our own annihilation and paint ourselves out of the picture. If we allow that, then what is the point of the art we protect? Who are we protecting it for?

I wonder about the short-term impact of these protests. Are museums becoming even less accessible than many already are because they fear for their works of art? Maybe more institutions will start putting up glass or locking people out – although I doubt it if it stops money being made. Perhaps people continue to focus more on protecting art than protecting the earth.

These activists feel to me like the earthly version of gallery guards running around telling us all to stand back, we’re getting too close. We’re going right past them. And then we’re kind of shocked that the hands that could care for such a masterpiece could also be the ones destroying it.

Jackie DesForges is a writer and artist based in Los Angeles. @jackie__writes

Benzino slams DJ Khaled & Funk Flex for using him to get famous!!