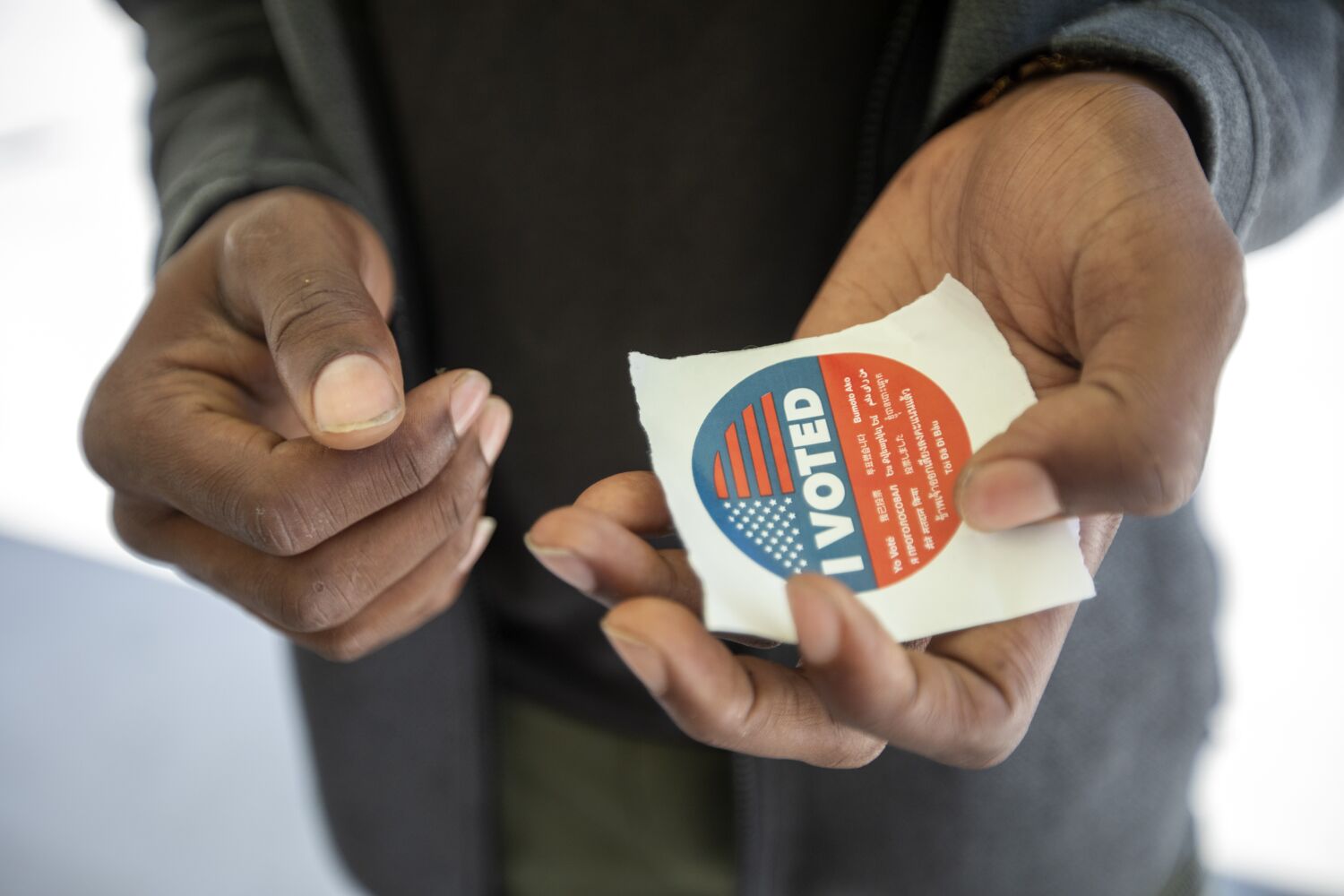 It’s hard to avoid the conclusion that Republican officials, too often assisted by federal judges appointed by Republican presidents, are inventing formalities that allow them to shred primarily Democratic ballots.

When party officials and candidates tell their own supporters not to vote by mail, but to wait until Election Day and then vote in person, nothing suspicious has happened per se — although that advice, even if it stood alone, would be a little strange. But when those same officials and candidates are systematically trying to find ways to disqualify thousands of mailed ballots — which are more likely to be used by voters from the other party — even if the ballots arrive by Election Day, it’s hard not to overlook the ulterior motive.

Certainly this is not conclusive evidence that a political party is hijacking a swing state’s electoral machinery to discard legitimately cast ballots. But in such cases, smoking gun evidence just won’t be available. When it comes to something as basic as voting rights and counting one’s vote, such strong circumstantial evidence should suffice. And what the evidence here reveals is a fundamentally un-American and utterly unconstitutional scheme to disenfranchise voters based on nothing more than the likelihood that they voted for the opposing party.

Any truly open-minded and fair judge would see through the razor-thin technicalities concocted to discard ballots that arrive before Election Day — just as the Pennsylvania Supreme Court authorized just that because the outer envelope didn’t contain a date, or the Way a Wisconsin court agreed to do the same because a required witness address was incomplete.

Particularly telling is the lawsuit by the Republican nominee for secretary of state in Michigan, who is seeking to throw out absentee ballots that were not personally cast by someone with ID. The Republican nominee’s attorney had nothing to offer when asked to come up with a legitimate explanation for why the lawsuit is aimed at the heavily Democratic, majority-black city of Detroit rather than the entire state of Michigan. Fortunately, a state judge on Monday dismissed that lawsuit as unfounded, saying it “would serve to disenfranchise tens of thousands of eligible voters in the city of Detroit.”

The stories are alarming. For example, in Pennsylvania, a 95-year-old disabled woman whose ballot was rejected because of a missing date was unable to go to City Hall to drop off a replacement ballot, according to the Washington Post. Something goes terribly wrong when people who have every right to vote are excluded.

As Gov. Tom Wolf of Pennsylvania said, “No voter should be disenfranchised simply because they made a small mistake filling out their ballot”—or, to make matters worse, simply because they voted, as permitted by state law , absent but elected as a candidate on the ballot, had the malice and resources to sue her for it.

I believe federal lawsuits filed by voting rights groups challenging the use of meaningless formalities such as the presence or absence of a date on the outer envelope of a mail-in ballot should succeed. These types of suits would have been successful in previous decades.

Maybe they can still do it today. But the odds of that are far too dependent on the luck of the draw as to which President appointed the particular federal judge or judges hearing the challenges; Whether something is actually a meaningless technicality or a genuinely necessary requirement to prevent illegal voting is, at least in part, in the eye of the beholder. There is no perfect correlation between the appointing President’s political party or ideology, but I am concerned about impartial justice in such cases.

A case in point is the US Supreme Court’s decision in June to uphold a decision by the 3rd Circuit Court of Appeals ruling that refusing to count mail-in ballots, which undoubtedly arrived on time simply because they were undated, violates federal law. The vote was 6-3, with Justices Clarence Thomas and Neil Gorsuch joining a dissenting opinion of Justice Sam Alito. After the undated ballots were tallied, the losing candidate went back to the Supreme Court and asked that the district court’s decision be overturned so that it would not affect future courts. The reactionary majority of the Supreme Court agreed, literally erasing what could have been useful guidance on protecting the right to vote.

Expect today’s Trump-packed Supreme Court to pile the technicalities of judicial timetable and procedures on top of the technicalities of electoral administration, all aimed at tripping up primarily Democratic voters. But the right to vote is not a mere formality. It is the very foundation of American democracy, and we are witnessing efforts to wear it down.

https://www.latimes.com/opinion/story/2022-11-07/republicans-democrats-ballots-midterms Op-Ed: The evidence that Republicans are using technicalities to toss out Democratic ballots

Trans Sports Give Utah Republicans a Ticket to Override