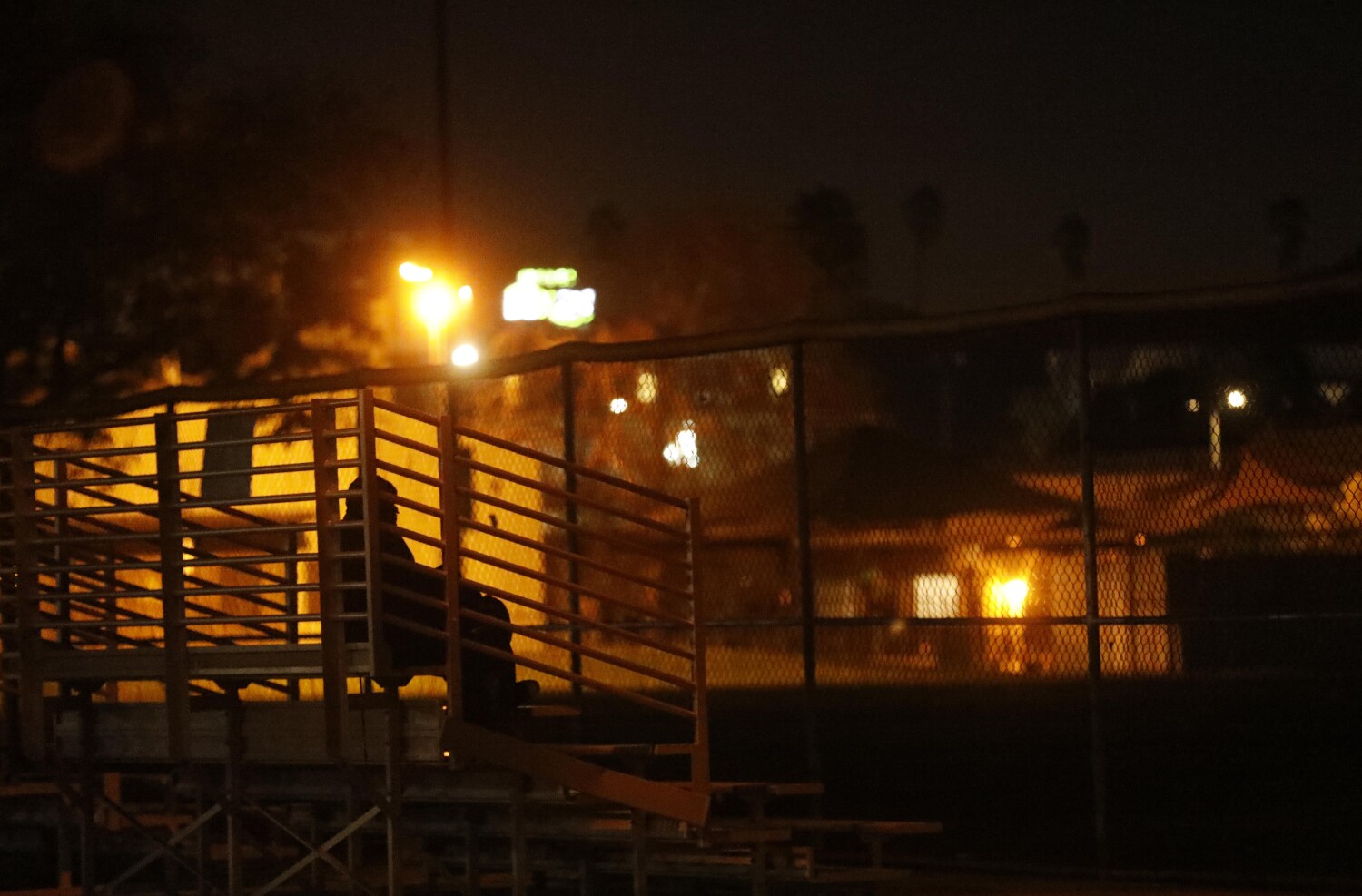 It was an odd number from Huntington Park, but I always take odd numbers because it could be my son calling. He is 33, homeless in Los Angeles, mentally ill and treatment resistant. It’s just something my family lives with, although we never thought this would be our lives.

When I answered, I heard crying and sobbing: “Mom, mom, please come and get me. mom please Please mom.”

I called his name, but another voice answered, “We have your son. He had an accident. He has neither phone nor ID. I know you want him returned to the safety of your home.”

I tried to stay calm. “My son never carries a phone or ID with him. He does not feel good. is that the police I have to call my husband.”

The man informed me that he was neither from the police nor did he want to involve the police or my husband. He went on to say that my son had eaten chicken that came out of a Rite-Aid and saw something he should have gotten involved and threatened to call the police. It would cost the man a $15,000 deal. What should I do about it?

It was all so plausible. My son gets into someone else’s business on the street, my son causes chaos. If anything, the chicken and Rite-Aid details made it more believable.

The man told me “they” had my son in the back of a truck and I had to come to Rite-Aid with money. I tried to explain my son’s situation and that we weren’t rich – as if that would somehow make it all go away.

Then the man identified himself as a member of the Mexican mafia. His boss wouldn’t be happy about the $15,000 and if I didn’t do what he said my son would be taken to the border and I wouldn’t see him again.

I hung up. I was standing in the kitchen, but was it my kitchen? I felt upside down, hollowed out, overcome with panic. I was sure it was my boy’s sobbing voice and that he was in the back of a truck bound for Mexico. I had given up hope.

I called my husband who said to call 911.

The woman who answered helped me focus by asking questions. Two officers came to my home and asked more questions. what could you hear Which Rite Aid? Was there the sound of a train? A city street? Was there an accent? I tried to remember everything.

I found myself in the back seat of their police cruiser heading downtown. When we got to the Robbery and Homicide Division at LAPD Headquarters, two detectives, Moreno and Moreno (Charles and Helbert), showed up. They had clearly heard stories like mine. They said they believed the call was a scam – “a virtual kidnapping”.

The script is familiar – the desperate cry for help, the demands, and the parent, sister or husband who gets the call is adamant their loved one is in danger. They told me an elderly man took a cab to Bakersfield with money. A mother was certain that her daughter had been kidnapped and only believed the officers when the girl stood in front of her.

For now, however, my call would be treated like a real kidnapping. The detectives needed “proof of life”. They wanted to find my son.

It turned out that the number of the threatening call that day had been created by someone with an IP address near Mexico City. They called back while I was connected to 911. No message. Detectives said it was likely the scammers switched to a different brand.

Nonetheless, the two Morenos put together a team and we gave them a list of the places we knew our son visited. They had to do it the old fashioned way but they also suggested a social media post urging our son to get in touch.

We usually connect with him online, but he didn’t reply to my messages on Instagram or Messenger, our main method of communication. So early the next day, I contacted Soma Snakeoil, a founder of the Sidewalk Project, an amazing organization that works with “those who live outdoors,” distributing harm reduction kits, setting up shelters, and finding counselors.

We spoke at length and Snakeoil offered to post to her followers and the Sidewalk Project community asking for help: “His family is urgently trying to find him. Last seen in Hollywood where he lives on the street. … That’s one of us. ”

I shared the post and so did friends and family far and wide. There was no immediate answer.

Then began the days of waiting and crying—ridiculous crying. My husband and I drove around looking for him. The LAPD team did, too. The two Morenos texted updates. People on the street knew our son as Willy Wonka (he looks like Gene Wilder and has a great smile) but nobody had seen him.

When we finally heard from him four days after the threatening call, he’d seen my messages but had no idea of ​​the rest of the commotion. He was upset that we had gone this far because people who were actually victims of human trafficking needed our help, not him. He showed up for breakfast with the detectives (they paid) looking like the Fisher King, in ski boots. They encouraged him to get help. They gave him their cards. Case closed.

During that awful week, one of our other children sent daily pictures of their beautiful new son. Our youngest called and said, “You should go for a walk in LA and I’ll take a walk in Chicago and we’ll tell each other what we see, okay? That will be okay.”

The detectives were kind and empathetic to us and our son, the Sidewalk Project, compassionate and human. Our son’s oldest friends have reached out to offer comfort. Even my old friend from high school wrote, “I’m in town for my daughter’s graduation. What do I do if I see your son?”

It was a virtual kidnapping, but the pain and relief were real. Such was the help and hope offered by so many. I had to learn again and again to give our son the dignity to lead his own life. And when worry and fear shake me, I stop, breathe and remember love.

Kerry Madden-Lunsford lives in Los Angeles and Alabama, where she is a professor of creative writing at the University of Alabama at Birmingham. Her latest book is Ernestine’s Milky Way.

https://www.latimes.com/opinion/story/2022-06-19/homelessness-virtual-kidnapping-mental-illness-phone-scams-lapd-sidewalk-project Op-Ed: ‘They’ said they had my son. So began a ‘virtual kidnapping’

'The best of us': Hundreds gather to honor slain El Monte officers

Can we think without using language?

‘The Young And The Restless’ Spoilers: Can We Get More Sharon Rosales (Sharon Case) Please?