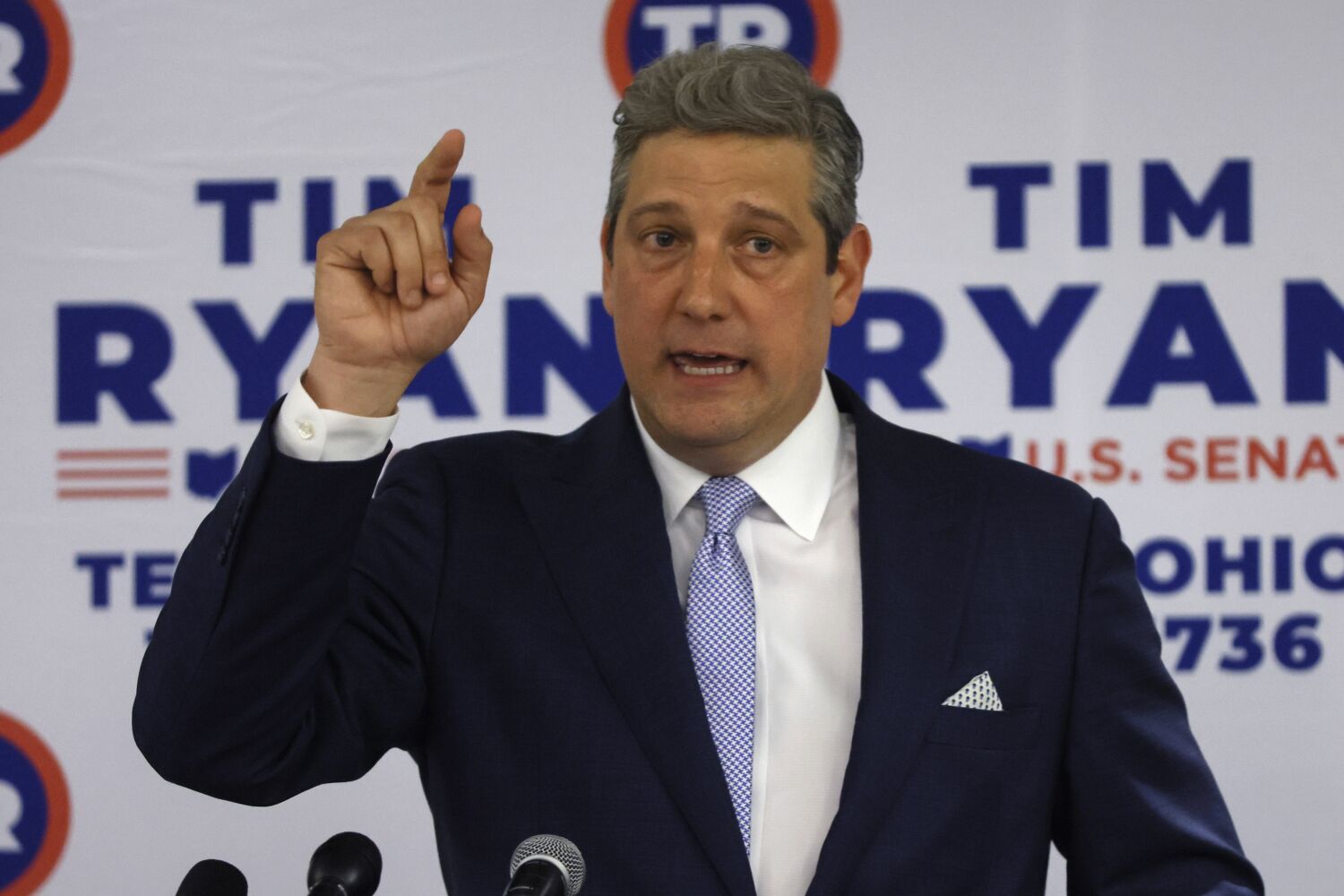 Tim Ryan needs to stop texting me. So does Beto O’Rourke. James Carville must lose my email address. I can’t stand the theatrics anymore. Last week I received a text message from Ryan’s Ohio Senate campaign that began with “David – we have a problem.” A “fundraising slump” was also described. All this as Senator Lindsey Graham (RS.C.) announced his plan to introduce legislation nationwide limiting abortion to 15 weeks after conception.

This is not the time for scaremongering. This is the time to get up.

I don’t doubt that democratic politicians understand that. Even as Republicans got ambiguous — “I don’t think there’s a huge appetite to go in that direction,” said Sen. Shelley Moore Capito (RW.Va.) — the office of House Speaker Nancy Pelosi (D -San Francisco), back to Graham’s claim that his proposal was merely “a minimum national standard limiting abortion.” She warned, “Given the chance, Republicans will work to pass legislation even more draconian than this bill.”

It’s an approach that resonates, goes on the offensive, engages in combat.

After all, politics is a blood sport, especially in the divided nation we have become. However, if the fundraising texts and emails I receive are any indication, some candidates have lost sight of this. No one, not even a backer, wants to be hassled all day and most importantly, informed about how troubling things are.

Ryan is a case in point. Earlier this year I donated to his campaign. Now I hear more from him than from my children.

I mention my kids because they also text or text and ask for money. The difference is that I love her.

I know I brought this on myself. I have decided to donate and I will donate to Ryan again. He is immeasurably superior to his opponent JD Vance, a millionaire backed by conservative billionaire Peter Thiel. I sent money the first time because I want to see a Democratic majority in the Senate, and here in California, the Democratic incumbent for re-election, Senator Alex Padilla, is a ban.

In other words, I wanted to help, and the Ohio race is one where I could. What bothers me is the psychology behind the calls for donations. Or maybe strategy is a better word.

“David—that’s a five-alarm fire,” begins a text message from Ryan. “Can I be honest with you?” asks another. “I tossed and turned all night.”

Ryan is hardly the only delinquent scared of fundraising. “I’m sorry I’m writing to you so late, David, but I’m too scared not to!” Carville grumbled in a recent Democratic Party email, and I seem to get hourly alerts about candidates like O ‘Rourke in Texas, Raphael Warnock in Georgia or Val Demings in Florida. “David,” reads a message from the latter, “I wish I had better news.”

Fear, of course, has become a hallmark of the moment—fear suffused with anger. We are all afraid of many things. economy and inflation. Preserving Democracy. The defeat of facts and truth by lies and misinformation.

I’m upset about this and appreciate that Ryan and the others are concerned about this too.

But trepidation is a bad selling point, especially for someone striving for leadership. I’m not looking for false bravery – we had enough of that during the last administration – but I wouldn’t mind a little bravery.

Take President Biden as an example. After a bumpy start to the year, he’s found his voice — and footing — with both his aggressive, anti-Trumpist speech in Philadelphia on Sept. 1 and the White House’s harsh social media blasts of Republicans who support hundreds of thousands Dollar accepted Paycheck Protection Program loan forgiveness but opposes his student debt relief plan.

I know there’s evidence that fear works as a fundraising strategy. “If you send an email that says, ‘Please give me money so I can make the roads or your life better,’ raise a little money,” according to Rep. Adam Kinzinger (R-Ill .) told CNN in 2021. “If I send out an email that says, ‘If you don’t send me $5 or $10, Nancy Pelosis will destroy your family,’ I will collect a lot more.”

Nonetheless, as the election cycle is about six weeks away, I would like to make a plea for resilience to fear. Yes, democracy is on the ballot and the stakes couldn’t be higher. And yet I can’t be alone when I want to vote – and donate – to the something rather than reacting to apocalyptic fears from a defensive crouch.

Every time my phone rings, I feel a pang of anxiety. What is the crisis now? But what I’m beginning to worry about is that fear is wearing us down rather than sowing support.

https://www.latimes.com/opinion/story/2022-09-28/campaign-fundraising-emails-fear-mongering Op-Ed: We have nothing to fear but email fundraising pleas

Will Floyd Mayweather-Conor McGregor 2 happen? Can Deontay Wilder fight for a title -- again?

Weyerhaeuser workers on strike, impacting operations in Washington and Oregon

Student-Loan Forgiveness and the National Debt