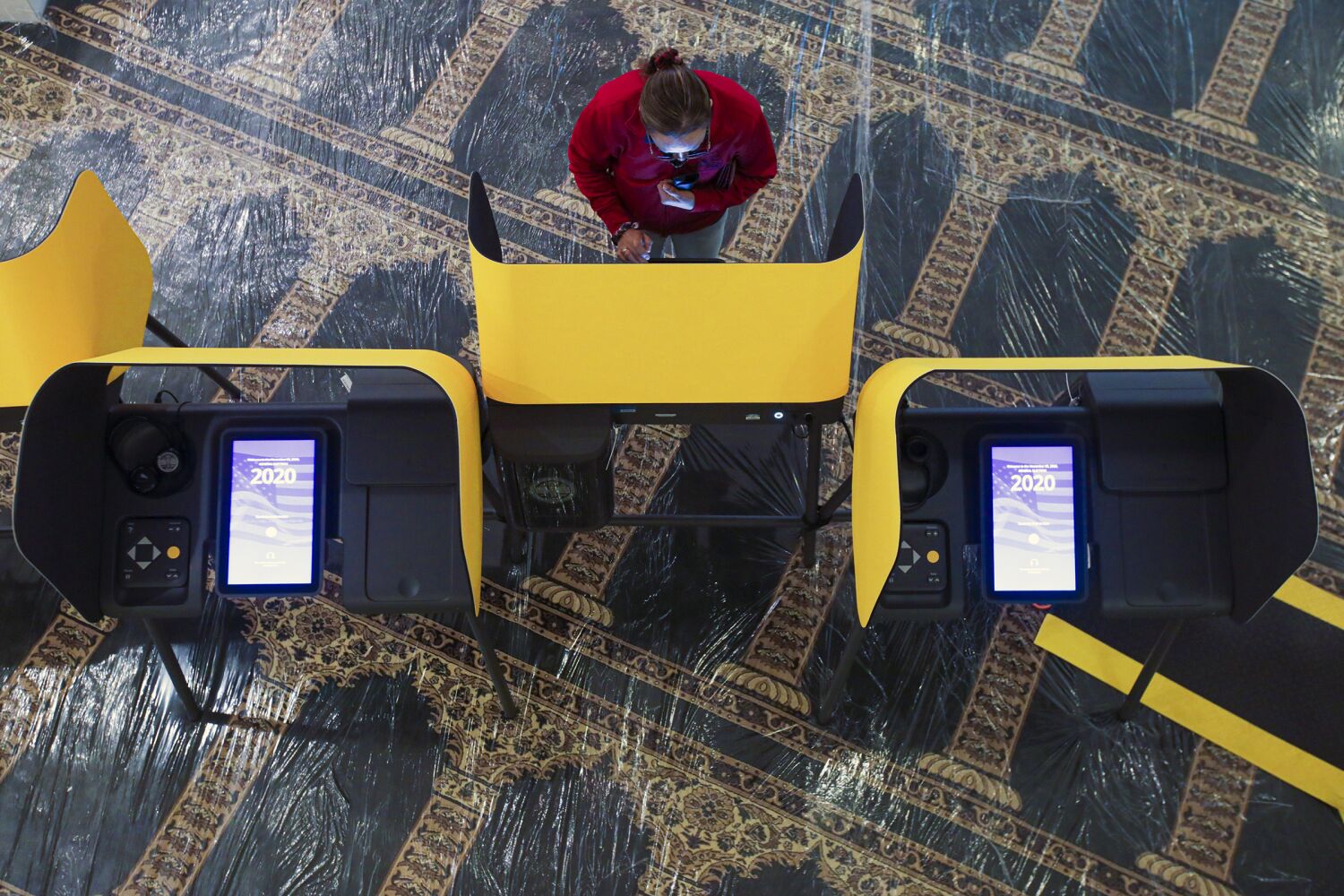 The GOP has fidgeted a bit in recent weeks as what was once expected to be a typical midterm blowout has been significantly tightened. If the GOP expects older voters to bail them out like they did in the past election, we suggest you think again.

The popular wisdom, of course, is that older voters are more conservative — an idea at least statistically supported. There is an entire media ecosystem designed to take away the fear of us older people. At Fox News, where the average age of viewers is generally estimated at 68, spooky myths (migrant invasions, Antifa rioters) keep popping up. And there is also a widespread feeling that the ancients draw on a more homogeneous past – as one commentator, clinging to the cliché, put it recently: ‘The people who develop historically [to vote] are older whites who long for the good old days when a man could support his family, and that hubris (insert swearword here) knew its place.”

But those assumptions don’t survive a dig at the data, at least not in this election cycle. It’s true that older voters supported Trump in 2016, but that support began to wane significantly in 2020; Earlier this year, some pollsters noticed a significant shift. And if you look at the crosstabs of recent polls, you’ll find some fascinating results.

For example, look at the Senate race in Wisconsin, where 67-year-old White Ron Johnson competed against 35-year-old non-White Mandela Barnes. In a Marquette University poll in September, Johnson gets its highest unfavorable ratings from likely voters over 60; Barnes finds his biggest supporters in the same group and by a wide margin compared to younger voters.

Or take a look at Arizona – there are a lot of old people there and another hot Senate race between Trumpish Blake Masters and Liberal Mark Kelly. In a Fox News poll in August, seniors give Kelly their largest lead of any cohort, 51-38 – compared to, say, 46-39 for the under-45s. Fortunately, the latest polls show that younger people are emulating their elders.

Results like these do not surprise us. We actually think we have a pretty good idea of ​​what’s going on.

Some of this is enlightened self-interest. The GOP has made alarming threats about Social Security and Medicare. South Carolina Senator Lindsey Graham, who would likely chair the Budget Committee in a Republican Senate, has called for “entitlements reform”; Rick Scott, chairman of the National Republican Senatorial Committee, has spoken of “suspending” all federal legislation and specifically wants to “review” and “fix” statutory Social Security. Johnson, from Wisconsin, believes that Social Security and Medicare shouldn’t be funded automatically, but should be reconciled every year.

Our hearing may not be quite as good as it used to be, but dog whistles still resonate; the average Medicare beneficiary has an income of $30,000 a year, so let’s watch old folks.

But there is also something deeper at work here. Older people today usually no longer look back on a bucolic, meager existence as a touchstone. If you are now in your 60s, 70s or early 80s, you spent part of your youth in the epic maelstrom of the 1960s, a time of immense cultural change. The people who didn’t trust anyone over 30 are now at least twice their age themselves, and their formative years include supporting the very things that today’s GOP is aimed at.

Consider: Many of the laws that the Supreme Court weakens, blocks or repeals were the product of our cohort: the Voting Rights Act of 1965 (which followed the epic registration campaigns led by young activists in the South), the Gun Control Act of 1968 (after the harrowing assassination attempts on Senator Robert F. Kennedy and Rev. Martin Luther King Jr.), the Clean Air Act of 1971 (after young people organized the first Earth Day) and Roe vs. Wade in 1973. Those of us over 60 had a good one Part of her life with guard rails for most Americans to vote, with some sort of assault weapon restrictions, with a federal government trying to clean up pollution, and with women taking control of their bodies. If we were conservative, we would conserve that!

Our organization’s slogan, Third Act, reflects this activism: “We’ve won these battles once, we can win them again.” But the truth is, older Americans aren’t stuck in the past — we’re also committed to embracing the challenges that are arising in our lives, most notably climate change.

We recognize that we are responsible for much of the damage, and we know that our children and grandchildren will have to live with the consequences, so while we are still here we are trying to do everything we can to turn things around. (Among other things, we can promise to slash our credit cards from America’s four largest banks, which are also the four largest lenders to the fossil fuel industry.) Our age group wants what we’ve always wanted: care and freedom in society.

And we will also show our power on election day. A common wisdom about older Americans is very true: we believe in voting. There is no way to keep us out of the elections. Which should worry Republicans a little, because we’re not your grandparents’ grandparents.

Heather Booth is the CEO of Third Act, which mobilizes progressive older Americans. She led public relations for the Biden campaign for senior voters in 2020. Environmentalist Bill McKibben is the founder of Third Act and author, most recently of The Flag, the Cross, and the Station Wagon.

Big Tech Has No Constitutional Right to Censor

Scientology looms over actor Danny Masterson rape case. How much will come out at trial?