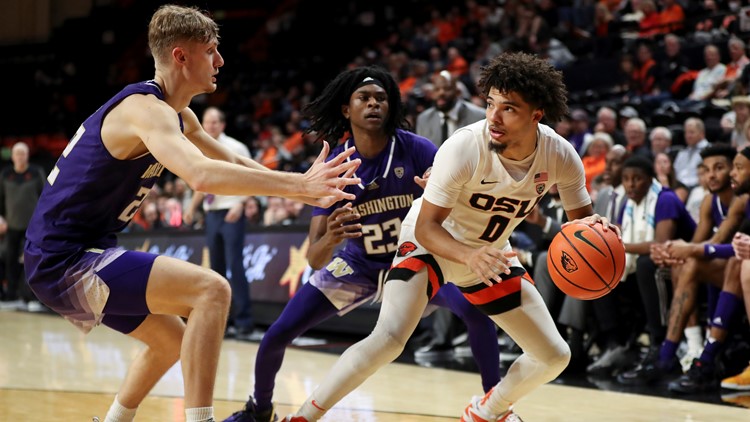 Dzmitry Ryuny had 14 points, Dexter Akanno had the last three points and Oregon State held off Washington for a 66-65 win in a Pac-12 conference opener.

Akanno converted a three-point game with 8.2 seconds left. Keion Brooks missed a 3 for Washington to end it.

Ryuny, a 6-foot-9 transfer from San Francisco, was 5 of 10 off the floor, grabbing nine rebounds and having five assists and five steals. He also made three 3s while the rest of the Beavers shot 1 of 9 from long range. Akanno finished with 13 points and Taylor had 10.

Brooks scored 21 points to lead Washington. He made 8 of 11 free throws and grabbed seven rebounds.

Oregon State took an early lead and pulled away with a 19-0 first-half run. Ryuny made consecutive 3s and Akanno had a dunk during the surge. At the break, the Beavers led 38-26.

Psychos in the C-Suite

Natalya wants a one-on-one match against this NXT 2.0 star

Seahawks concerned about offense after 6 quarters of failure

Mike Brito, famed Los Angeles Dodgers scout who signed Fernando Valenzuela and many others, dies at 87