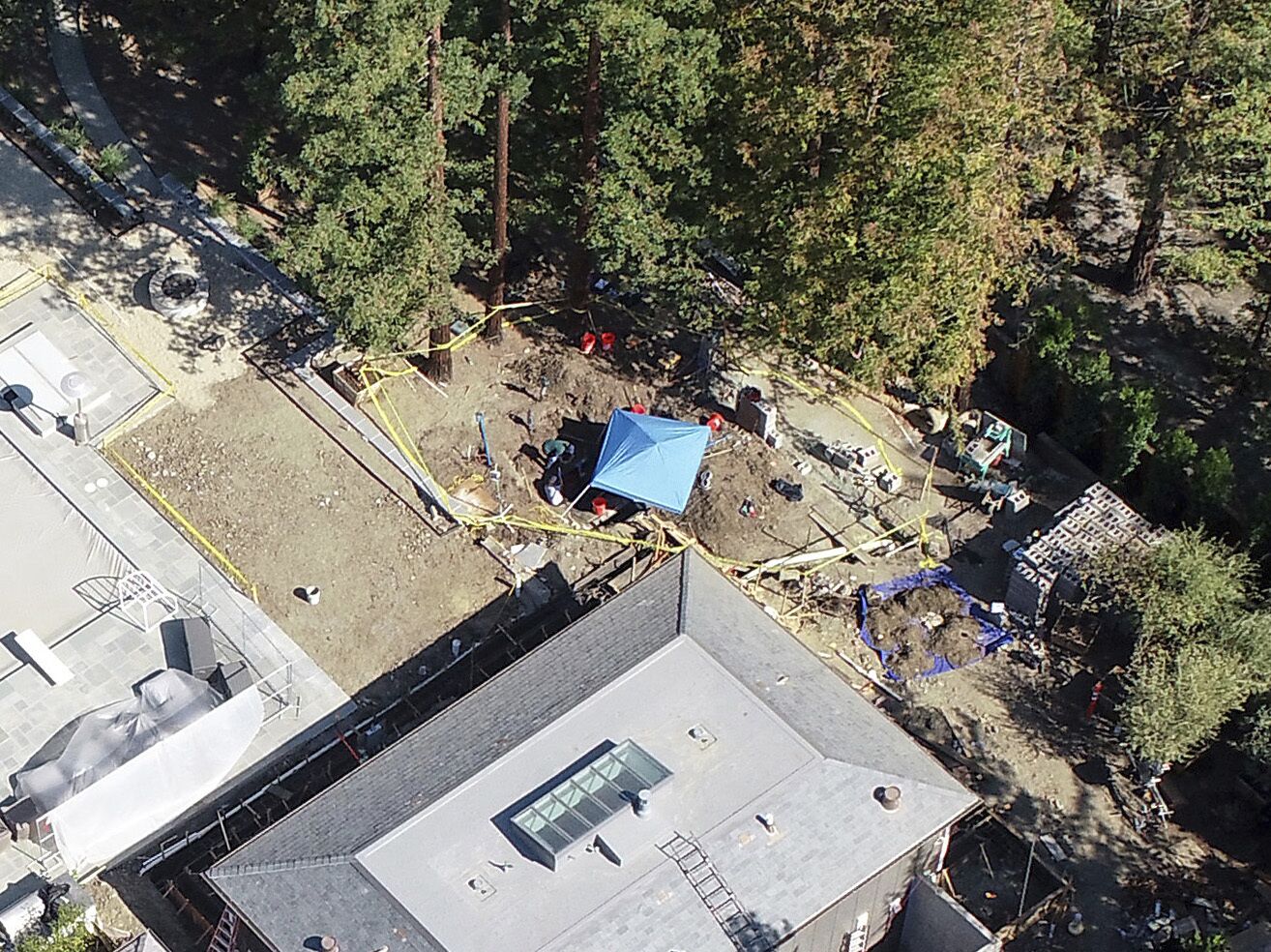 Days after a car was found buried in the yard of a San Francisco Bay Area mansion, authorities continue to search for human remains amid questions mounting about the property’s former owner and his violent past.

On Monday, San Mateo County Dist. atty Steve Wagstaffe told the Mercury News that Johnny Bocktune Lew, who died in 2015, reported the 1992 Mercedes-Benz stolen and collected $87,000 in insurance for the vehicle.

The District Attorney described the case as having elements of a real detective story but with missing parts.

“This book has 15 chapters and we only have two chapters,” Wagstaffe told Mercury News. “I don’t know if we’ll ever get the other chapters, but I really hope we get this because it’s an interesting story.”

The Times could not reach Wagstaffe for comment Monday.

Landscapers found the car Thursday buried in the backyard of a $15 million mansion in Atherton, a small town of about 7,000 people with a median income of over $250,000, according to U.S. Census data.

The car was discovered 4 to 5 feet deep in the ground behind the home on the 300 block of Stockbridge Avenue, according to the Atherton Police Department. Inside, unused concrete bags were found.

Cadaver dogs were brought in to search the scene and “made a light alert of possible human remains,” police said. But so far no remains have been found.

Dirty details from Lew’s past add to the questions surrounding the car.

Neighbors told Mercury News that Lew, who sold the property in 2014, had a history of violence. Court documents revealed he was convicted of second-degree murder in the fatal shooting of his ex-girlfriend, Karen Gervasi, in Los Angeles in the 1960s. The California Supreme Court reversed the conviction in 1968.

He was later convicted of two counts of attempted murder in the 1970s, but details in this case were not readily available.

In the 1990s, the San Francisco Chronicle reported that Lew was arrested again, this time for insurance fraud, after trying to hire people – who later turned out to be undercover agents – to run his $1.2 million twin-engine yacht in front of the Golden Gate, claiming it belonged to an Asian crime mob.

In Atherton, authorities spent several days digging up the Mercedes before towing it to the San Mateo County crime lab for analysis on Saturday, police said.

“On Sunday … ground-penetrating radar was deployed to survey the scene,” police said. “This investigation has revealed nothing unusual or suspicious at the scene and no human remains have been found. This concluded our on-site investigation.”

Wagstaffe told Mercury News that the lack of a body didn’t mean a crime wasn’t committed.

“As far as I know, he could have killed someone and disposed of the body,” he said. “But then why wouldn’t you get rid of the car somewhere else? It is strange.”

Several cadaver dogs have provided evidence of possible human remains at the site, Wagstaffe told the newspaper, adding he looks forward to seeing if a forensic examination of the Mercedes turns up DNA or other evidence.

Ultimately, insurance fraud would not explain why the car was buried or why the cadaver dogs continued to suggest the presence of human remains over the weekend, he said.

Jim Nantz to call last Final Four in 2023; Ian Eagle to take over

Is Being Wrong So Bad?