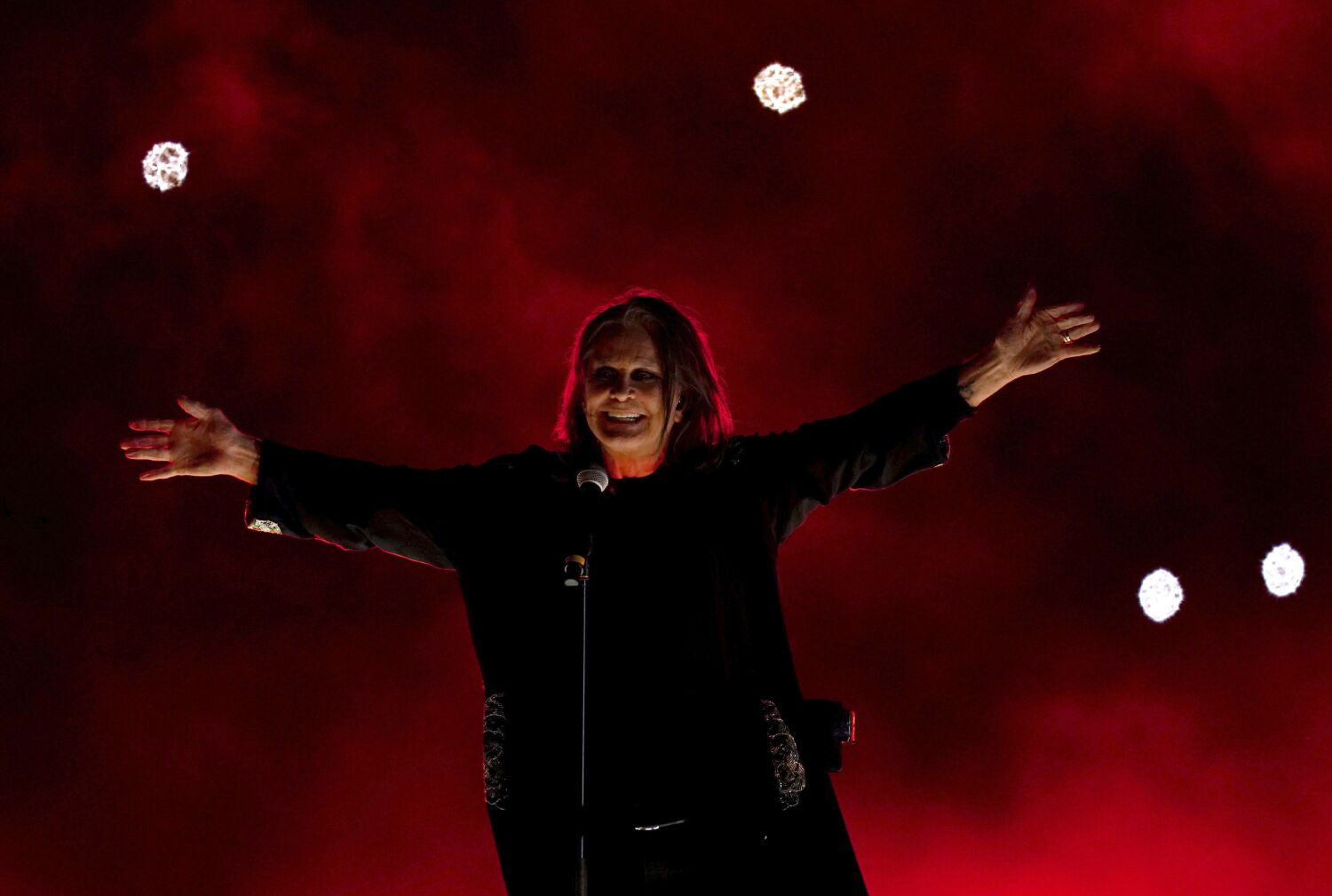 Laughing, the prince of darkness spreads his wings and rises again.

Rock legend Ozzy Osbourne surprised the crowd at the 2022 Commonwealth Games in Birmingham on Monday night by joining Black Sabbath bandmate Tony Iommi on stage to perform their 1970 hit ‘Paranoid’. The performance was Osbourne’s first appearance since undergoing “major surgery” in June.

It was also the first time Iommi and Osbourne had shared the stage since Black Sabbath’s The End tour in 2017. The pair recently teamed up for the track “Degradation Rules,” which will be included on Osbourne’s forthcoming album Patient Number 9.”

The “Crazy Train” singer’s son, Jack Osbourne, shared photos of the performance via Instagram on Monday.

“Dad and @tonyiommi wrapped up the #commonwealthgames2022🇬🇧 tonight! 🤘👊,” the 36-year-old media personality captioned his post.

Rock icon and Queen guitarist Brian May shared a video of the surprise reunion on stage on Instagram.

In June, the “Mr. The Crowley singer’s wife, Sharon Osbourne, has revealed that Ozzy will need surgery in Los Angeles.

“He has a very big operation on Monday and I need to be there,” Sharon told The Talk UK. “It’s really going to define the rest of his life.”

Osbourne spoke to Classic Rock magazine in May about his then-upcoming surgery.

“I’m just waiting for another operation on my neck,” he said in this interview. “I can’t walk properly these days. I have physical therapy every morning. I’m doing a little better, but not nearly as much as I would like to be able to get back on the road.”

Following his surgery in June, the 73-year-old musician took to Twitter to update his fans.

“I am now home from the hospital and recovering comfortably.” he tweeted 15th June. “I definitely feel the love and support from all of my fans and I send a big thank you to everyone for their thoughts, prayers and well wishes during my recovery.”

The surgery was the latest in a series of health issues for the Rock and Roll Hall of Fame artist.

“I hit the ground with such force that I pinched my spine,” Osbourne told The Sun in 2020. “You had to go in and open the passage. They had to cut nerves to get there and it’s f— my neck, my back, my shoulders and my arms. I didn’t even know there was such a thing as nerve pain.”

That same year, he announced that he had Parkinson’s disease, a brain disorder that can cause slow movements, stiffness and loss of balance, among other things.

“I’m not dying of Parkinson’s. I’ve worked with it most of my life,” he told the Times in 2020. “I’ve cheated death so many times. If you read “Ozzy Osbourne never woke up this morning” tomorrow, you wouldn’t be saying “Oh my God”. You’d say, ‘Well, it finally caught up with him.'”

Jocelyn Savage Is Pregnant w/ R Kellys Baby … Must Have Got Knocked Up During ’Conjugal Visit’!

Kanye West Goes Off On Adidas Over ‘Yeezy Day’