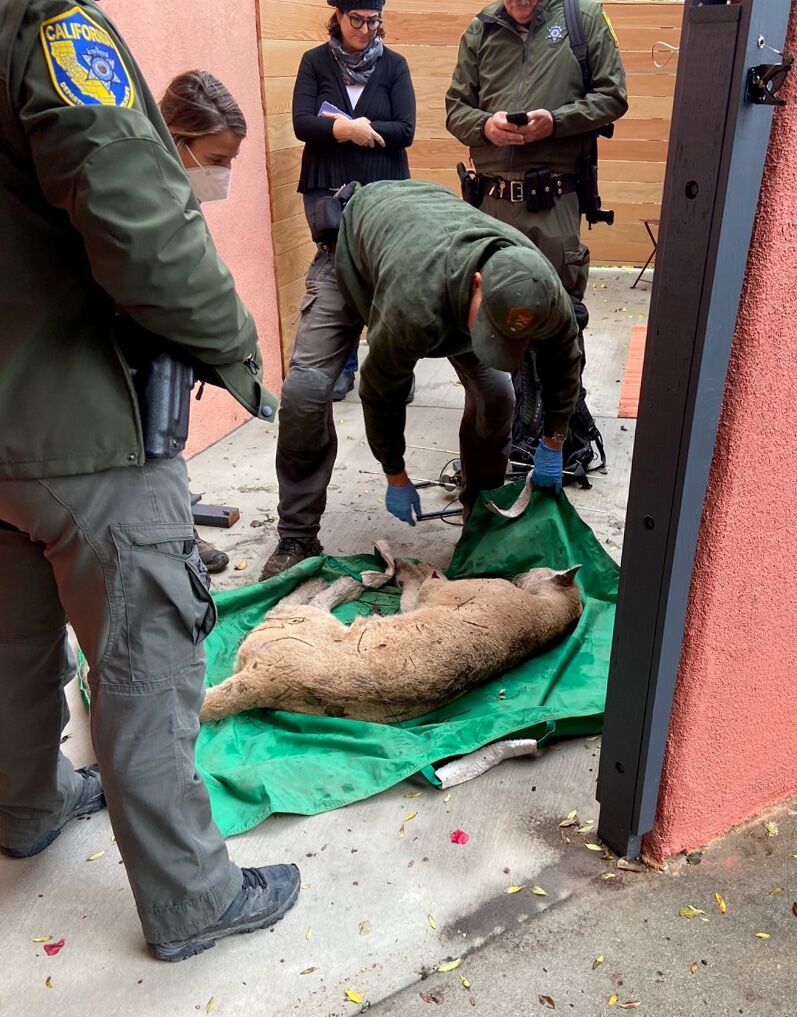 Resident Sarah Picchi said the lion was caught near Franklin Avenue and St. George Street in the Franklin Hills area.

P-22 had been wanted for investigation by the National Park Service and the California Department of Fish and Wildlife after “showing some signs of distress” in recent weeks, including killing a leashed Chihuahua and attacking another dog.

Picchi had a work call around 10:50am when she heard someone buzzing at her front gate saying they had “something wild”.

Picchi thought they were promoting a wildlife charity and told them it was not a good time.

“The woman said, ‘No, I’m with Wildlife. You have a lion in your backyard,’” Picchi said in an interview with The Times. The officers told her it was P-22. “The guy who darted him said to us, ‘I’ve gotten him seven times over the years,'” to replace his GPS tracker. But Picchi said, “Of course I knew it was P-22 because I’ve been following the story.”

Picchi then opened her front gate and let in wildlife staff, who told her to keep herself and her dog inside her home while officers attempted to calm P-22 with a dart.

Photos and video taken by Picchi show Fish and Wildlife and National Park Service employees carrying the large, sedated cat in a green blanket and examining it before loading it into a wildlife crate and placing the crate in the back of a truck.

Picchi was told that P-22 had been in their backyard since the night before.

“We have half an acre and there are a lot of trees. I think he was just resting down there,” she said. “He looked healthy.”

The National Park Service did not immediately respond to requests for comment.

Mega Millions lottery jackpot at $1.1B for winning numbers drawing; prize also can be winner for retailers