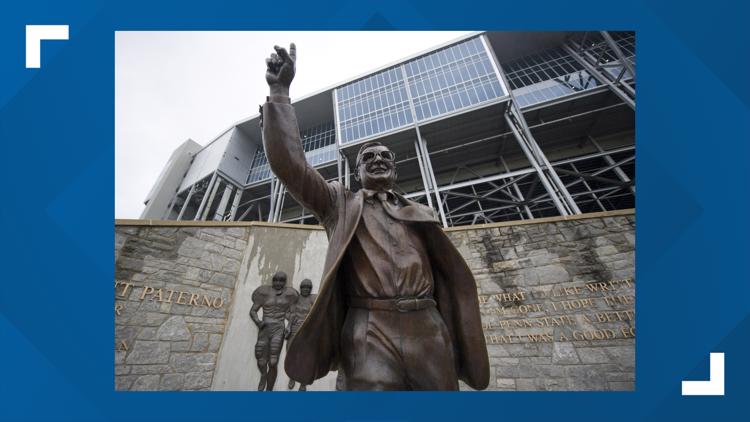 A Pennsylvania lawmaker introduced an amendment that would require Penn State University to provide information on the whereabouts and condition of the statue of Joe Paterno.

The former Penn State coach’s bronze statue was installed in front of Beaver Stadium on November 1, 2001 in honor of his 324th NCAA Division I victory.

It was removed on July 22, 2012, six months after Paterno’s death, following the Jerry Sandusky sex abuse scandal. University officials said at the time that the statue had become a “source of division and an obstacle to healing” in the wake of Jerry Sandusky’s child molestation scandal.

After its removal, the statue was kept in an unnamed secure location, Bernstine said.

“The statue symbolized Coach Paterno’s many outstanding contributions to Penn State on and off the gridiron,” said Bernstine. “His legacy should live on for people to see and reflect on. Removing the statue does not serve the victims of Sandusky’s horrific crimes.

“The university is sending a mixed message, treating Paterno as a hero in the campus library, where a plaque is on display due to the millions of dollars he donated, but as a villain at the stadium, where he defeated the Nittany Lions to two national college championships and five unbeaten seasons.”

Bernstine’s amendment would require Penn State to submit a report to the House and Senate Education Committees on the location of the statue and the method of keeping and protecting the statue. This report would be required for the university to receive its annual funding from the state.

In addition, this information would have to be published on the university’s website, regardless of applicable law.

Sleep Junkie website wants to pay you $1,000 to eat cheese before bed – Here’s why

Above average heat for next few days