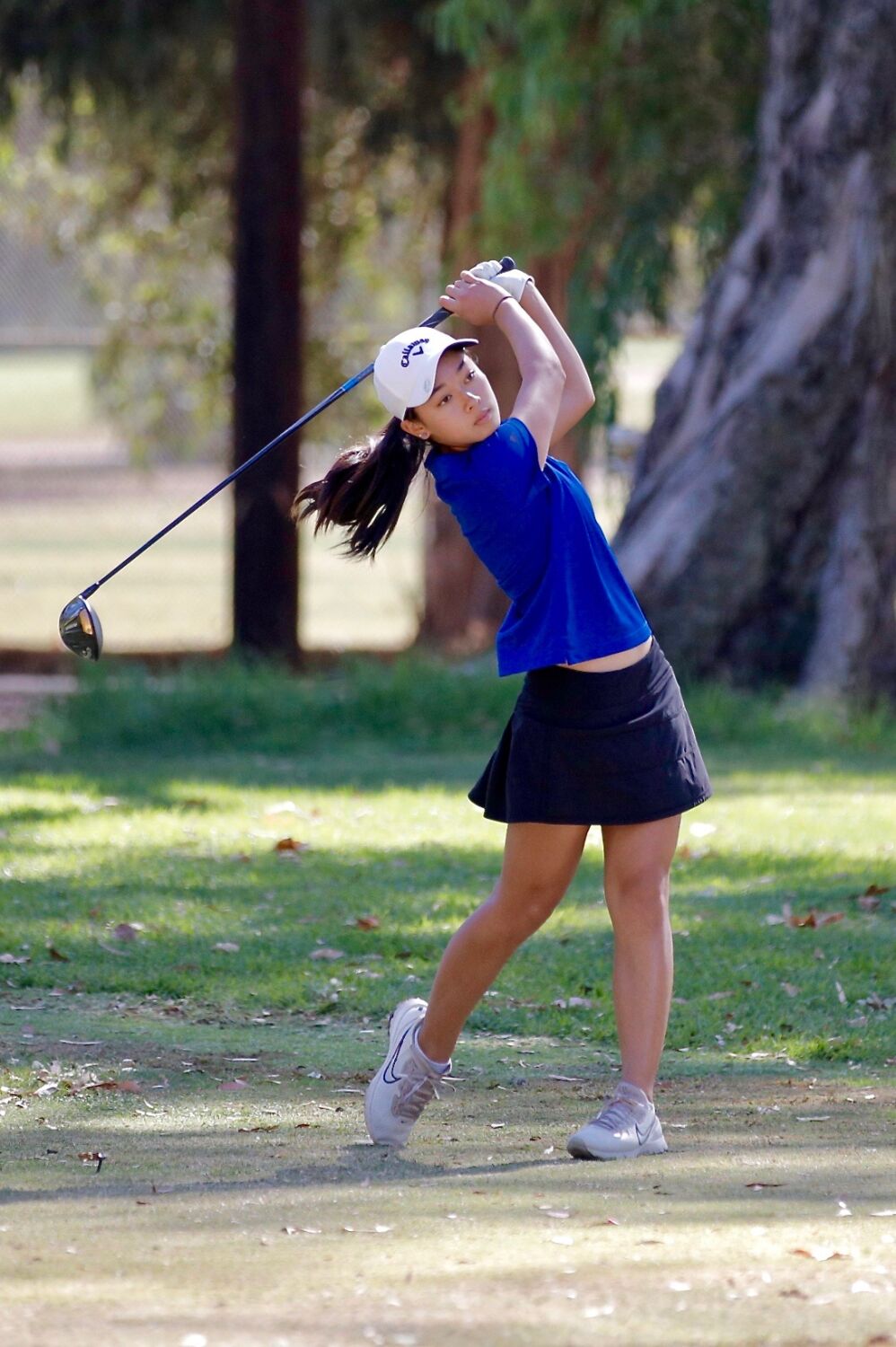 Sophomore Anna Song of Palisades fired one of the best rounds in the history of the City Section girls’ golf final, finishing with a six-under par 67 at Balboa Golf Course on Wednesday to win the singles championship and also lead the Dolphins in the team championship.

She had two bogeys and eight birdies. Her putting led to the low round, including one from 18 feet for a birdie.

She likes the Balboa course after shooting 66 in the league finals.

“I liked the layout today,” she said. “It’s wide, but sometimes a bit tricky.”

She finished eight shots ahead of Palisades’ Chloe Rahn and Marshall’s Mackenzie Park. They placed second at 75.

Song has been golfing for seven years and has won on the Junior Golf Tour. She is a contender to become a three-time city champion by the time she graduates.