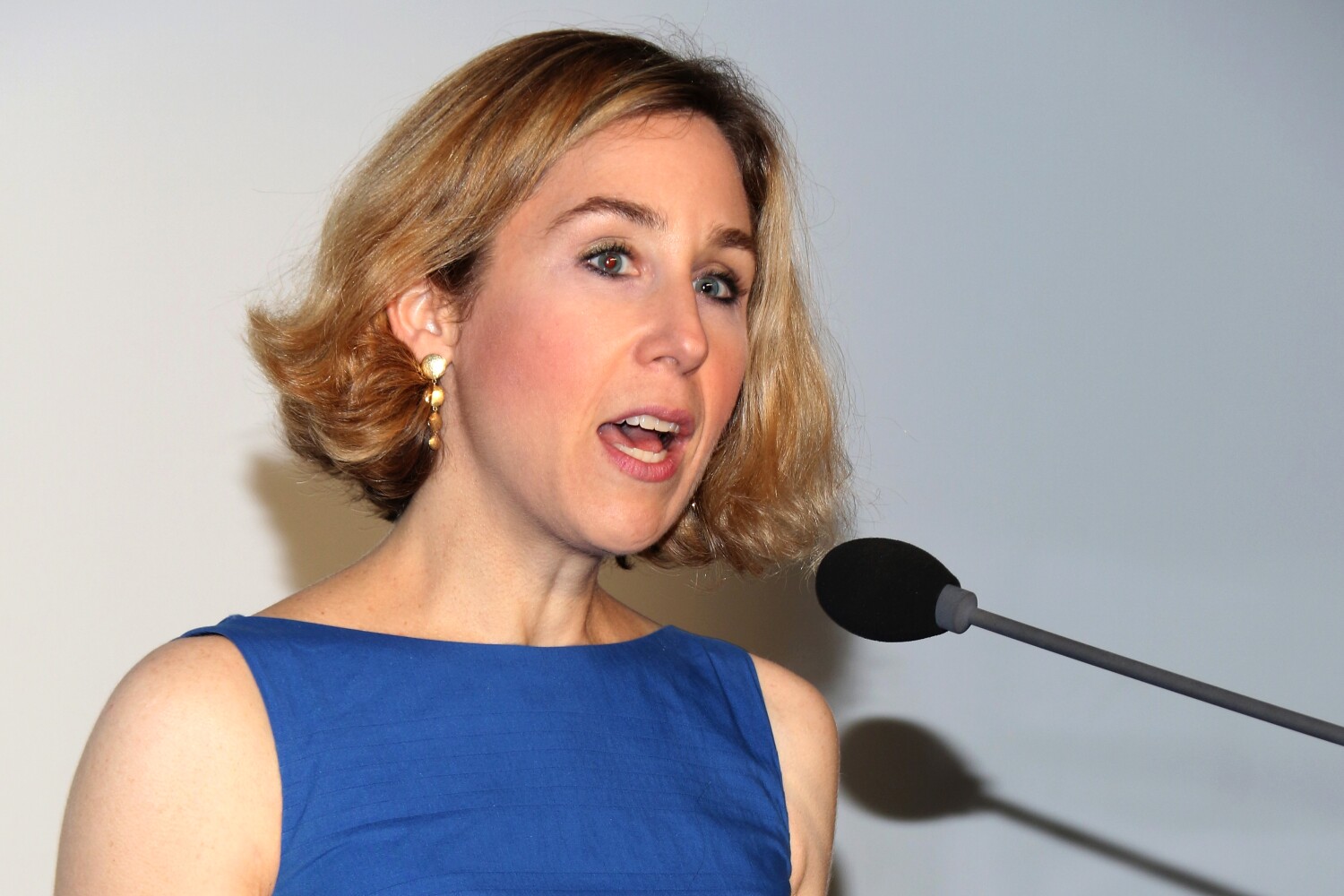 The online literary community is slamming Pamela Paul, who became a publishing industry opinion columnist after writing an article in The New York Times criticizing language, which includes transgender and non-binary communities. And at least one critic claims she used her long-standing position as the newspaper’s books department head to tone down transgender advocacy.

in a (n article Paul, who resigned as book editor in March and was published Sunday under the headline “The Far Right and Far Left Agree: Women Don’t Count,” posits that women in America aren’t being deprived of their human rights only by Republicans the ban on abortion, but also by academics, progressives and transgender activists who reduce women to “a mixture of body parts and gender stereotypes”.

Earlier this week, author and journalist Patrick Ness called the article on his Instagram “an ugly thing” because it “equated anti-abortionists with trans rights activists.” He also claimed Paul asked him last year to change the beginning of his review of Kyle Lukoff’s Too Bright to See, a story about a transgender boy.

“Ms. Paul asked me to change my original opening – explaining how transgender children are being attacked – to something less political and ‘more book-focused,'” he claimed, before publishing his original opening paragraph, which began, “The culture wars have come for your transgender kids.”

The opening sentence in the published review read, “Now here is a beautiful little book that carries a great, great weight on its shoulders.”

In an email statement to The Times, a New York Times spokesman said on Thursday: “Pamela Paul was not the assigned editor for the review you are referring to, nor was she in contact with Mr. Ness while he was writing the article wrote. ”

Paul, whose previous position made her arguably the most influential person in print media coverage, writes that the word ‘woman’ once had ‘a specific meaning linked to genetics, biology, history, politics and culture. No longer. They are replaced by cumbersome terms like ‘pregnant’, ‘menstruators’ and bodies with vaginas’.”

While she acknowledges “the noble intent” of omitting the word “woman” when discussing reproductive health, Paul argues that “despite the spirit of inclusion, the result has been to marginalize women.”

Other writers, critics, and book journalists who were generally wary of Paul during her tenure as a book now condemned Paul for what they saw as her anti-trans and trans-exclusion views.

Maris Kreizman, host of LitHub’s literature podcast The Maris Review, continued to write Twitter Sunday: “When I look at the opinion section and marvel once again that this horrible, hackneyed, boring writer was once the most important person in all book publishing.”

And on Wednesday, after tweeting an article in the New York Times about librarians being attacked for book bans, Kleizman wrote, “It occurs to me that people who want to ban certain children’s books will cite Pamela Paul’s comment in their arguments. “

The author of eight books, including 100 Things We Lost On The Internet and Pornified, Paul joined the Times in 2011 as a children’s book editor. She later became editor of the New York Times Book Review. In 2016, her role was expanded to oversee all of the newspaper’s book coverage, including daily reviews and industry stories. She also hosted the book review podcast. Her position has been vacant since she left in March.

Following the publication of Paul’s opinion piece, Erik Hane, Editor and Founder and Agent at Headwater Literary Management, said, tweeted: “As Pamela Paul begins to produce reactionary junk piece and piece by piece with little effort in her new job in the Op-Ed department, give a thought to how this person might have influenced the NYT book department she many.” has led for years.”

Bette Midler also became the focus of a heated debate this week after tweeting anti-trans concerns about the word “women”. Taking to Twitter on Tuesday to defend herself, she insisted that “there was nothing exclusionary or transphobic intended in what I said; that wasn’t the point.” She cited Paul’s opinion piece to support her claim.

Lego is releasing a 2,807-piece Bowser set for adults

Beyonce’s New Song ‘Break My Soul’ Is Flopping . . . The Bey Hive Is REVOLTING On Twitter!!

45 years ago, George Lucas peaked with the least Star Wars-esque movie ever