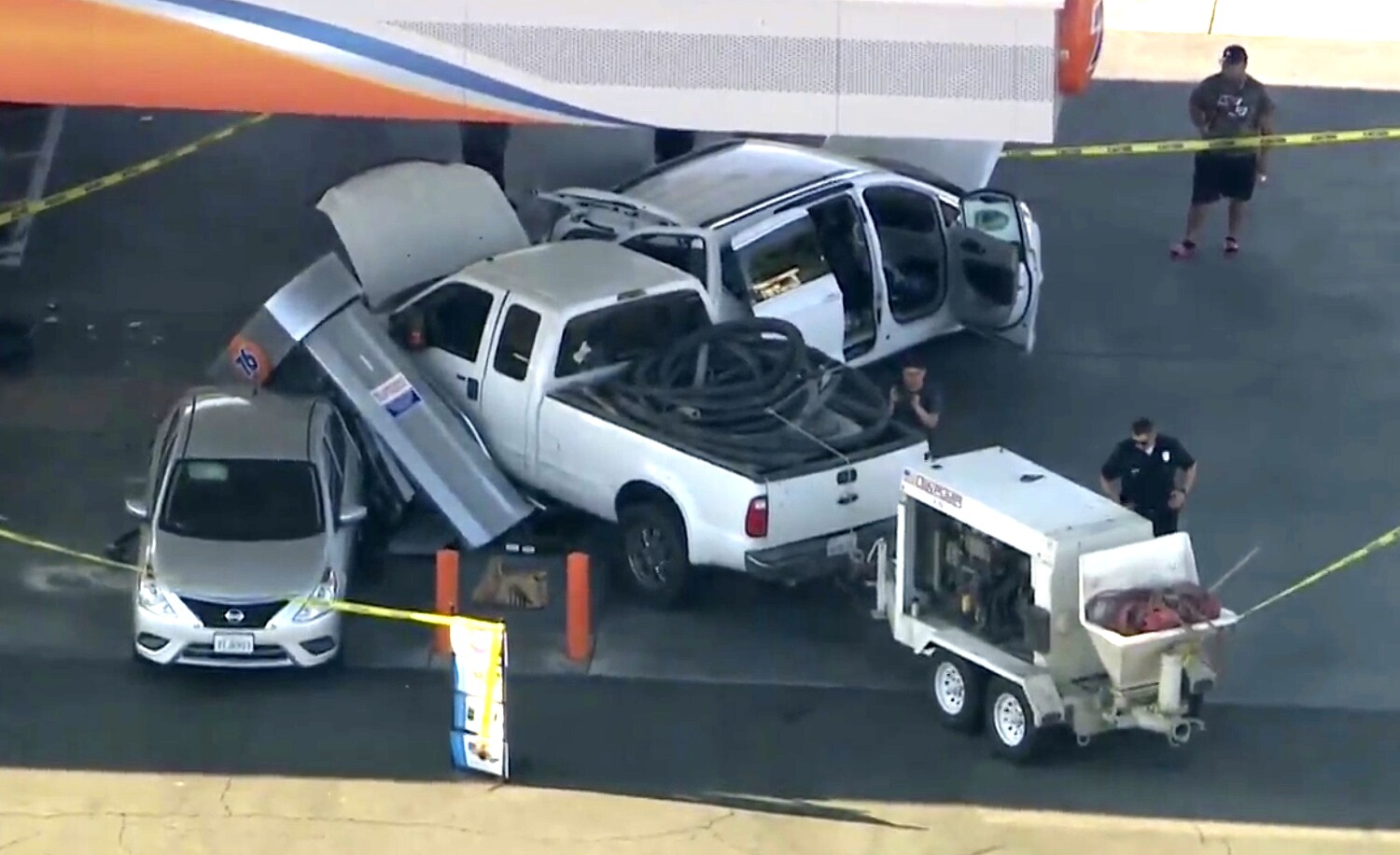 Eleven people were slightly injured in an accident on Tuesday afternoon at a gas station in Panorama City.

The accident happened at 4:47 p.m. near the intersection of Roscoe Boulevard and Woodman Avenue, according to the Los Angeles Fire Department.

Firefighters expected seven people to be taken to hospitals for further evaluation, LAFD spokesman Brian Humphrey said, but he had no word on whether anyone had been transported.

Two of the injured were self-transported for further evaluation, said Officer Drake Madison, a spokesman for the Los Angeles Police Department.

Investigators found no evidence of DUI, and the truck driver was not arrested, although detectives continue to investigate the case, Madison said.

There were no road or lane closures as a result of the accident.

Although the crash resulted in a small fuel spill, a gas station attendant activated a kill switch that prevented further spread, Humphrey said.

Political Probes in Moscow and D.C.

Bachelorette 2022 finale part 2 recap: Gabby gets engaged and Rachel has her own happy ending