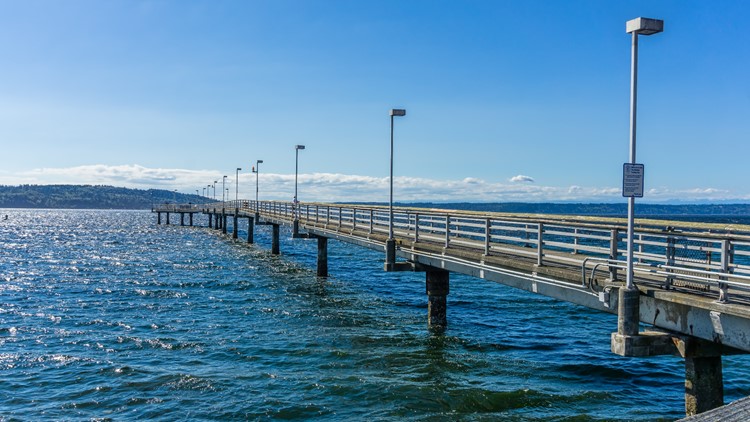 The Chilkat Express will test the route between Des Moines and Seattle for two months starting August 10th.

Service begins August 10th and runs through October 9th aboard the Chilkat Express. The service is chartered and operated by Puget Sound Express and runs four times daily Wednesday through Sunday.

The city of Des Moines said crew availability limited service to 10 hours a day. However, if demand persists, additional crews could be hired to add another round trip, which would leave Des Moines at 8 a.m. and Seattle at 9 a.m

The city said it will take about 40 minutes for a one-way trip.

The service during the first week of operation from August 10th to 15th is free of charge. After the first week, adult rides are $10 each way. Children up to the age of 13 travel for free. Senior and active military tickets are $5.

No reservations are required and tickets can be purchased at the time of boarding.

The Chilkat Express was built in 2001 as a passenger ferry for the Alaskan market. The ship is powered by two water jets and can cruise at 40 knots.

The Chilkat Express is wheelchair accessible, as are the ramps to and from the boat to the dock. Bicycles are not currently allowed on the boat, but the city said seating could be adjusted in the future if demand is warranted.

The City of Des Moines said it is working with the Highline School District to provide Sailors to work with the trained crew. The sailors are paid as interns and receive sea time credits that they can use for their further training.

Inside the fight over reopening a California gold mine

Judge dismisses case against deputies accused of covering up assault in East L.A.