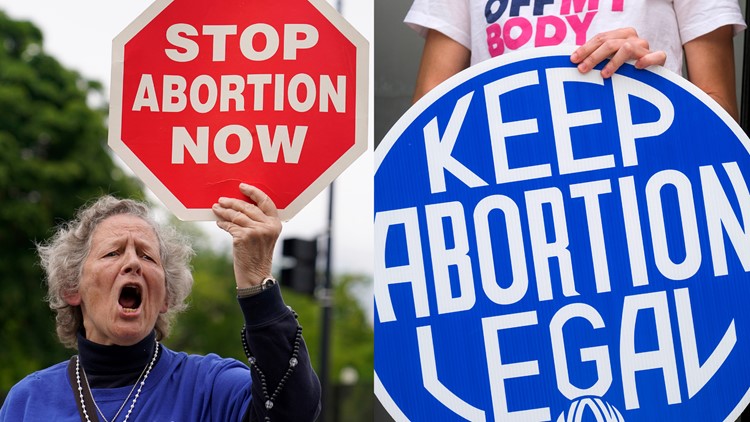 Planned Parenthood in Washington has already seen an influx of patients seeking abortions from places like Texas, Oklahoma and Alabama.

SEATTLE — As the nation awaits Supreme Court opinion on a blockbuster abortion case involving Roe v. Wade could fall, Planned Parenthood of Washington is bracing for a surge in out-of-state patients requesting abortions.

“We’re already seeing patients from Texas, from Oklahoma. I saw a patient from Alabama a few weeks ago,” said Dr. Erin Berry, ob-gyn and medical director of Planned Parenthood of the Great Northwest and the Hawaiian Islands, Washington state.

Planned Parenthood of the Great Northwest said it is working to identify which Washington locations could open for additional days if needed, and beefing up its patient navigation teams, who help patients with appointments and travel arrangements.

“There’s a lot of unknowns,” Berry said. “Ultimately, we also don’t know how many people will come from where and what their needs will be.”

Twenty-six states are likely to have total or near total abortion bans if Roe v. Wade is lifted. Idaho’s Trigger Act prohibits all abortions except for rape, incest, and when the mother’s life is in danger.

According to the Guttmacher Institute, an abortion rights think tank, 230,000 patients could travel across Idaho’s state lines to request an abortion.

Berry said it is expensive for patients to travel across the country to access medical care and fears being funded in the long term.

Seattle City Council also passed a resolution last month to allocate funds from the 2022 Supplemental Budget to expand access to reproductive health care. An exact dollar amount has not yet been given, but is expected to be discussed in committee in July.

When asked if there were plans for more federal funding to accommodate an influx of patients, a spokesman for Gov. Jay Inslee’s office said, “We are talking to lawmakers and providers about a number of additional policies and resources that would ensure.” that we can provide abortion services to any person seeking them in Washington. The governor is fully committed to ensuring that we protect patients’ abortion rights and expand access.”

“It feels like a breach of a doctor’s oath to deny people that care,” Berry said. “And knowing that this will happen on a large scale. It’s really intense and really sad.”

Free press, women’s issues highlighted at Summit of the Americas

Will changes to the Pennsylvania Constitution be helpful or hurtful?