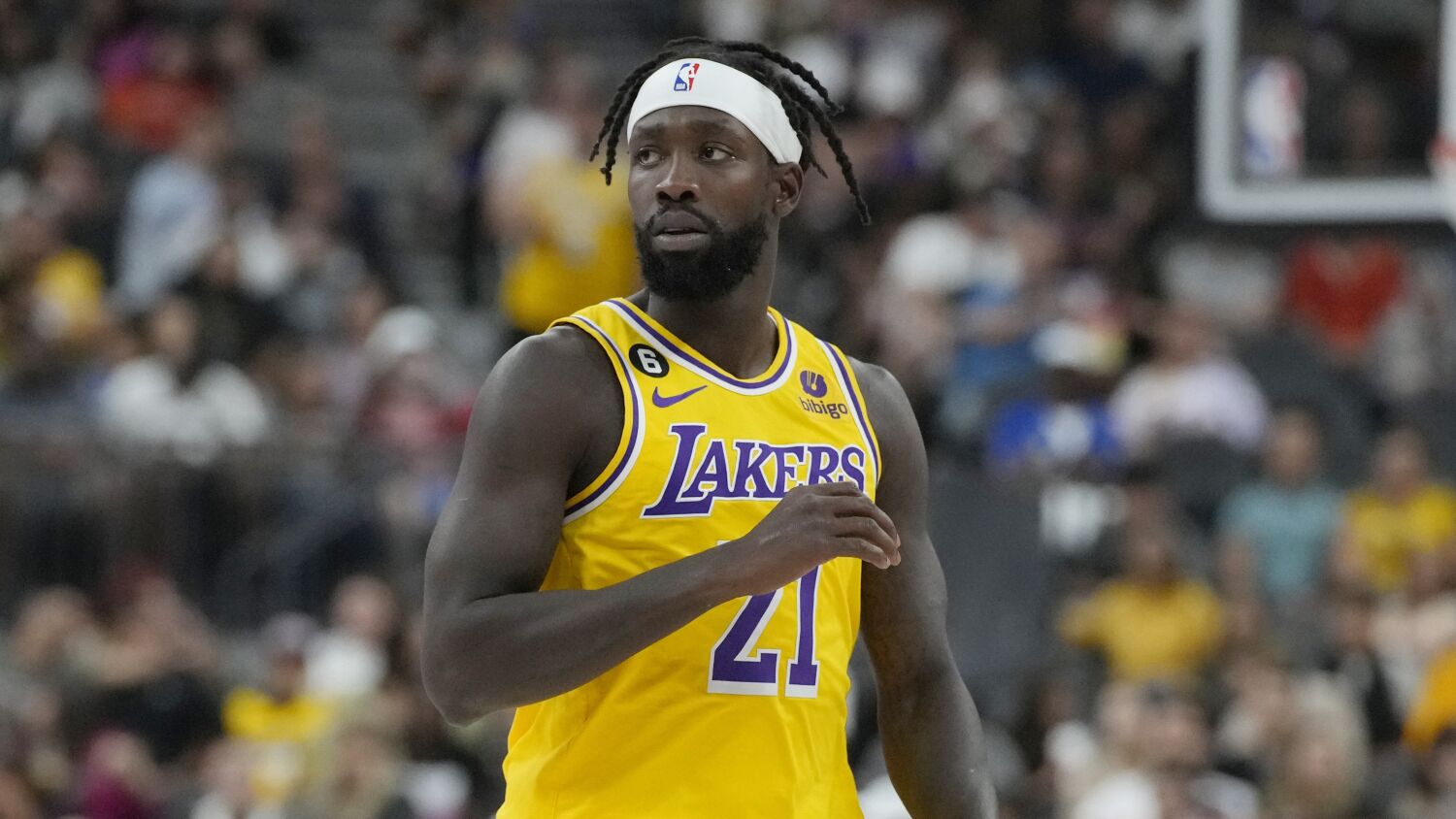 Believe it or not, Patrick Beverley insisted there would be no extra juice, no extra snarl, no extra energy as the Lakers took on the Minnesota Timberwolves in their preseason finale at Crypto.com Arena on Wednesday night.

The fact that Beverley was the Timberwolves’ emotional leader last season, pushing them into the postseason after being sent home by the Clippers, didn’t matter.

But surely Beverley, who is playing the Timberwolves for the first time since they traded him in a deal for all-star center Rudy Gobert — who missed both teams’ preseason meetings — would get one of the NBA’s biggest irritants, know you, irritated.

For their part, the Lakers are looking to lose as much of that title as they can by Tuesday, when they open the season against the Golden State Warriors. Because of this, Coach Darvin Ham is increasing his stars’ minutes and beginning to streamline his rotation.

Nevertheless, the search for a starting five continues.

On Wednesday night, Ham started Anthony Davis and LeBron James up front with Russell Westbrook, Lonnie Walker IV and Beverley in backcourt. It’s one of the combinations Ham is considering for his starting lineup.

Walker, who missed the first two preseason games with an ankle injury, has quickly made a name for himself with his athleticism and offensive skills.

“Just the energy and physicality that he plays with. Offensively – we talked about his defense earlier, but offensively, how he runs on the ground, how he can handle the transition and get to the edge and attack with power,” Ham said. “He can catch and shoot. He can play pick and roll. He knows how to make room. Knows when to cut. I encouraged him to be active on the offensive glass and to be a good screensetter. And again he tries to make a name for himself. And not selfishly, but supportive of our three big dogs.”

Walkers scored 12 points in 19 minutes before leaving with a left leg injury. James led with 25 points to go with 11 rebounds while Davis added 19 and 13.

The Lakers know they’ll have James, Davis and Westbrook on the starting lineup (assuming all three are healthy). From there, Ham is still searching.

“We get a chance to throw some stuff at the wall and see what sticks. We already know our three main guys – Russ, Bron, AD. These guys are getting used to playing with each other too. That was very limited last year,” Ham said ahead of the game. “So we see it as an opportunity to shake up the rug and shake things up and see what makes sense when it all comes together.”