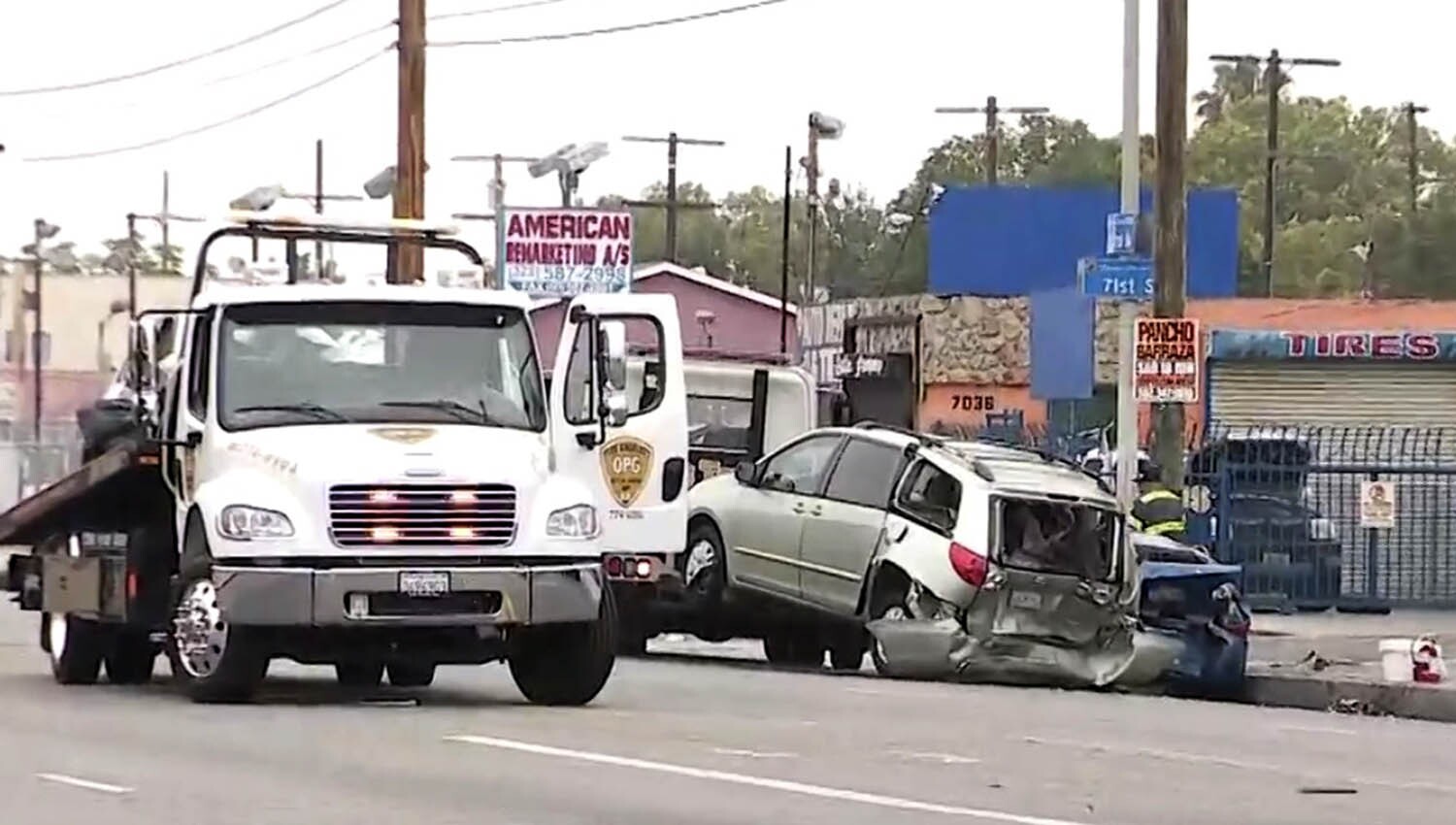 A man was struck and killed Thursday morning in south Los Angeles by a driver in a reported stolen car who was being pursued by police, authorities said.

Los Angeles Police Department officers attempted to stop the driver in the Florence neighborhood at around 12:30 p.m. The driver did not stop and officers initiated a pursuit but called off the pursuit two minutes later when the driver began driving erratically and at dangerous speeds on surface roads, according to Officer Annie Hernandez.

The LAPD continued to pursue the driver from the air. But near the intersection of Florence and South Central avenues, the stolen car struck the pedestrian, a man in his 50s who may have been trying to cross the street, police said.

The man, who has not been identified, was pronounced dead at the scene, according to LAPD.

The driver, identified only as a 42-year-old woman, was taken to a local hospital after complaining of pain following the accident, Hernandez said.

After being treated, she is taken to prison for booking. It is unclear what charges she faces in connection with the stolen vehicle, the pursuit and the death of the pedestrian.

Making the Sea Change Real: What Germany and Allies Can Do