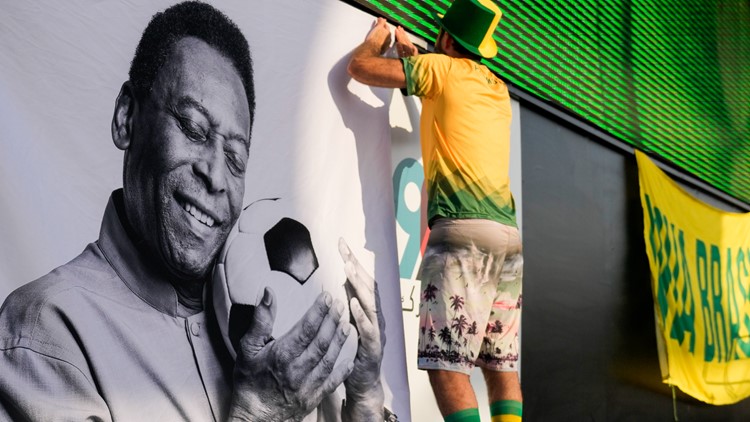 The Albert Einstein Hospital in Sao Paulo said in a statement on Wednesday that Pelé’s cancer had advanced and that the 82-year-old Brazilian soccer great was being “in intensive care” related to “trouble”. renal and cardiac dysfunction”.

The hospital did not mention any signs that the three-time World Cup winner had a recent respiratory infection, which was aggravated by COVID-19.

Edson Arantes do Nascimento, who is known globally as Pelé, has been undergoing chemotherapy in his battle against cancer since he had surgery to remove a colon tumor in September 2021. Neither his family nor his hospital said whether it had spread to other organs.

Kelly Nascimento, one of his daughters, said Pelé will stay at the hospital over Christmas.

“We decided with the doctors that, for various reasons, it would be best for us to stay here, with all the care our new family at Einstein has given us,” she wrote on Instagram. “We will even do some caipirinha (no kidding). We love you and we will update next week.”

The newspaper Folha de S.Paulo reported on Saturday that Pelé’s chemotherapy had not worked and that doctors decided to put him in palliative care. Pelé’s family denied that information. The Associated Press could not confirm the newspaper’s report.

Pelé led Brazil to victory at the 1958, 1962 and 1970 World Cups and remains one of the team’s all-time top scorers with 77 goals. Neymar equaled Pelé’s record in the last World Cup.

Several tributes and wishes for a speedy recovery were sent to the former footballer in the tournament in Qatar, which Argentina won on Sunday.

The Metaverse Doesn't Have a Leg to Stand On

Avian Flu, supply shortages driving up the cost of eggs locally and nationwide