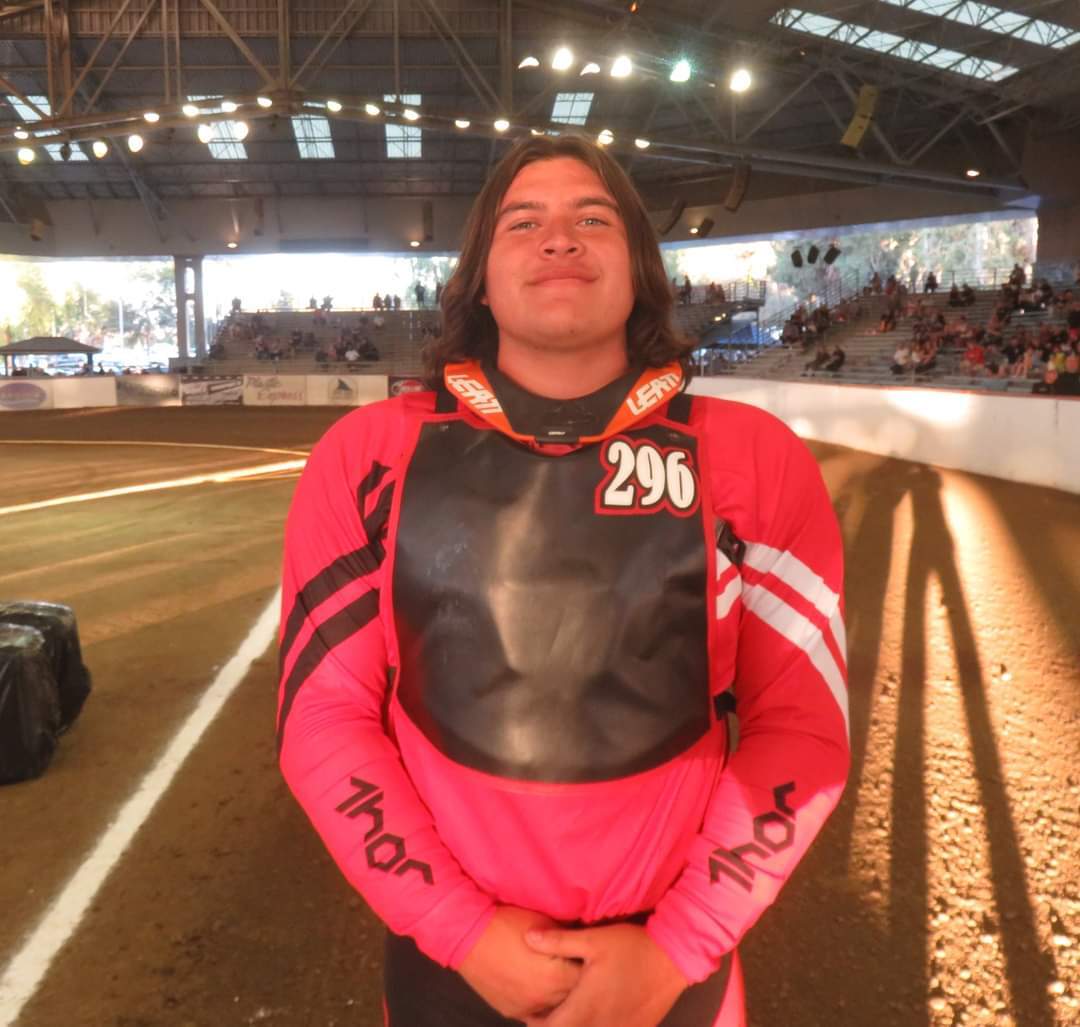 He saw the hulking boy with the long, flowing hair do a wheelie on the way to school, ride his 29-inch Big Ripper BMX donuts in the parking lot, and Peninsula soccer coach David Young was stunned.

What do you do? thought Young as he watched Andrew Russell. you will hurt yourself

That was before he really knew Russell. Knew he wasn’t reckless. Wasn’t a hothead. Just a good-natured riddle.

After joining the Peninsula football team, some of Russell’s teammates ventured onto Industry Hills Speedway. They were there to see him on his day off – a now 17-year-old who rides dirt bikes professionally, beating adults at the same time.

“Coach, you have to see him, he’s like a celebrity,” Young recalled being told by players. “So, dude, he’s the guy out there.”

None of this makes sense at first glance. Russell is 6ft 3, weighs 275 pounds and shreds as a motorcycle racer in a sport where the little and wiry thrive most. He’s an excellent lineman, but when he first came to the Peninsula he had plans to join the marching band. He’s a “big character” who looks like a bruise, Young said, but also one of the nicest kids you’ll ever meet.

Throw first impressions out the window. That’s just who Russell is.

“He’s this gentle giant who — he plays music, he rides his bike, and on Fridays he goes and kicks butt,” Young said.

The roaring crowds first ignited a spark in Russell, coming to speedway races with his father Dave when he was little. Russell started racing in second class and in 2016 won the 150cc 2nd Division race at the Gumball Rally in Industry, a premier race at flat track dirt speedway.

At that age he was “maybe one of 50 kids in the country” competing at that level, his father said.

“He’s like a name at this track,” said Young.

Now Russell’s list of racing wins and finishes is staggering, ranging from pee wee competitions in 2013 to racing in front of thousands of spectators in the adult class this year.

He was a tuba player and never watched football. When the band put his freshman year on hold during the pandemic, he decided to give the sport a try.

“I honestly had no idea how football worked when I started,” Russell said.

In particular, no idea how to use your frame. He was so gentle, Young said, that his freshman coach had to encourage the boy to play meaner and throw opponents around.

As he learned the game, his size – a disadvantage in lower weight classes of bikes as a racer – became an advantage. He’s improved his pass rush and pace from the start, Young said, and has such consistent presence that he plays both offensive and defensive lines and takes a handful of plays from a game.

With a college football offer in mind, Russell knows he may have to put racing behind in a few years. Yet, casually at least, it will forever remain a part of his being.

“The bike has always been my escape from everything,” he said.

When he graduated eighth grade as a COVID-19 hit, the middle school had a drive-through commencement ceremony. So while everyone else rode in cars to collect their diplomas, his father recalled, Russell sped through alone on his bike.

front wheel in the air.

“Everywhere you see him, you just see him on the back wheel,” said Dave Russell.

Russell dug in at the line in a special setting in Friday’s 28-21 loss to Redondo Union – a night game for Peninsula.

Doesn’t sound particularly unique, but the school never installed any lights. It was only the second night game at home in Young’s seven-year tenure, he said. In 2018, when the school made the playoffs, Peninsula could not host games that had to be played at 7 p.m

The Rolling Hills community, Young said, has canceled efforts to install a permanent light system. They were able to “pacify” neighbors for at least Friday, Young said, and on Wednesday brought in a backhoe to dig up lawns for temporary light trucks to be installed.

“We have to kind of… tell them, ‘Hey, we’re going to clean up afterwards,’ and some unnecessary things just to have a football game,” Young said of the community. “But whatever it takes.”

My quest for the perfect productivity mouse

Lamar Jackson, Ravens turn things around in second half in win over Bucs