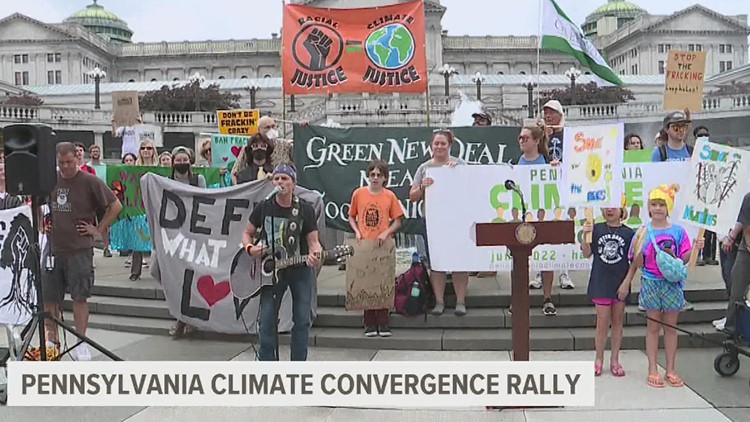 The three-day event included keynote speakers, music and other activities that highlighted the need for climate action.

The Pennsylvania Climate Convergence held its first-ever rally on Saturday, spanning a total of three days. According to the organization, the goal of the event was to urge Gov. Tom Wolf, lawmakers, regulators and other state officials to get involved and take action to lead our state on climate change.

Karen Feridun, co-founder of the Better Path Coalition, claims now is the time to act.

“We’ve seen evidence of climate change and its impacts summer after summer, with extreme weather events and horrific natural disasters… Coming here during a pandemic to send this message has been worth it for us because we’re running, literally.” the time of it,” said Feridun.

On the final day of the event, the organization personally delivered a petition to the governor’s office, legislators and elected officials.

“We need them to get us on the right track and not on the wrong track,” Feridun added.

The event featured frontline communities, grassroots organizers, advocates, artists and local residents speaking out. They touched on a variety of issues including climate justice, wrong solutions to the climate crisis and youth work for climate protection.

There was also an arts festival, live music, street theater and the installation of a two-metre-tall “climate countdown clock” in the capital’s east wing.

Over 70 climate protection organizations worked together with the organizers to make the three-day rally possible.