Elon Musk can be quite a sensationalist, and his recent comments about birth rates and population shortages have caused quite a stir. On Twitter, Musk tweeted that population collapse is a greater risk than global warming, and many people have questioned that statement.

According to the UN, people are having fewer children, but as far as human shortages go, it doesn’t seem to be the case. Using their own projections and data, people are living longer and longer despite fewer babies, making the numbers nearly the same. 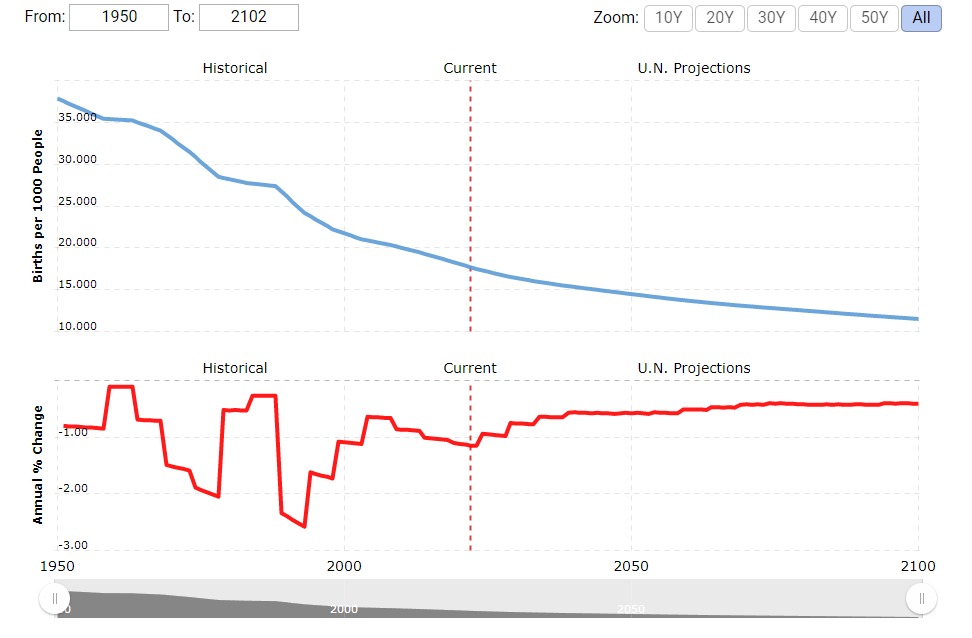 However, people are not entirely convinced of this idea. Many people responded to his tweet by saying, “There. Are. Nearly. Eight. Billion. Persons. On. This. Planet. I think we’re doing well in terms of birth rates. In fact, we have so many children that we keep some of them secret. Oh wait, that’s just you.”, “Man, the fact that you’re obsessed with leaving kids everywhere, even with your sidechicks, doesn’t mean you have to try to justify your stupidities. Start working to extend our lifespans and stop feeding your sperm to every woman who works for you that’s the key” and “Not that again! What population collapse? We are almost 8 billion and it is predicted that by 2100 we will be 10 billion people. Which population is collapsing? The only ones I can think of are wild animals.”

While some Elon agreed, it looks like most don’t care. It’s absolutely true what Musk is saying as fewer people are having children, but whether or not this will result in a population decline we’re not sure.

There were many things he was right about and others that he might not have had the best idea about. This may be one of the latter.

What do you think? Is Elon right or will the populace be fine? Let us know in the comments below.

The Weeknd brings spectacle and Lily-Rose Depp to SoFi

‘Serial’ case: Adnan Syed to be released and conviction tossed