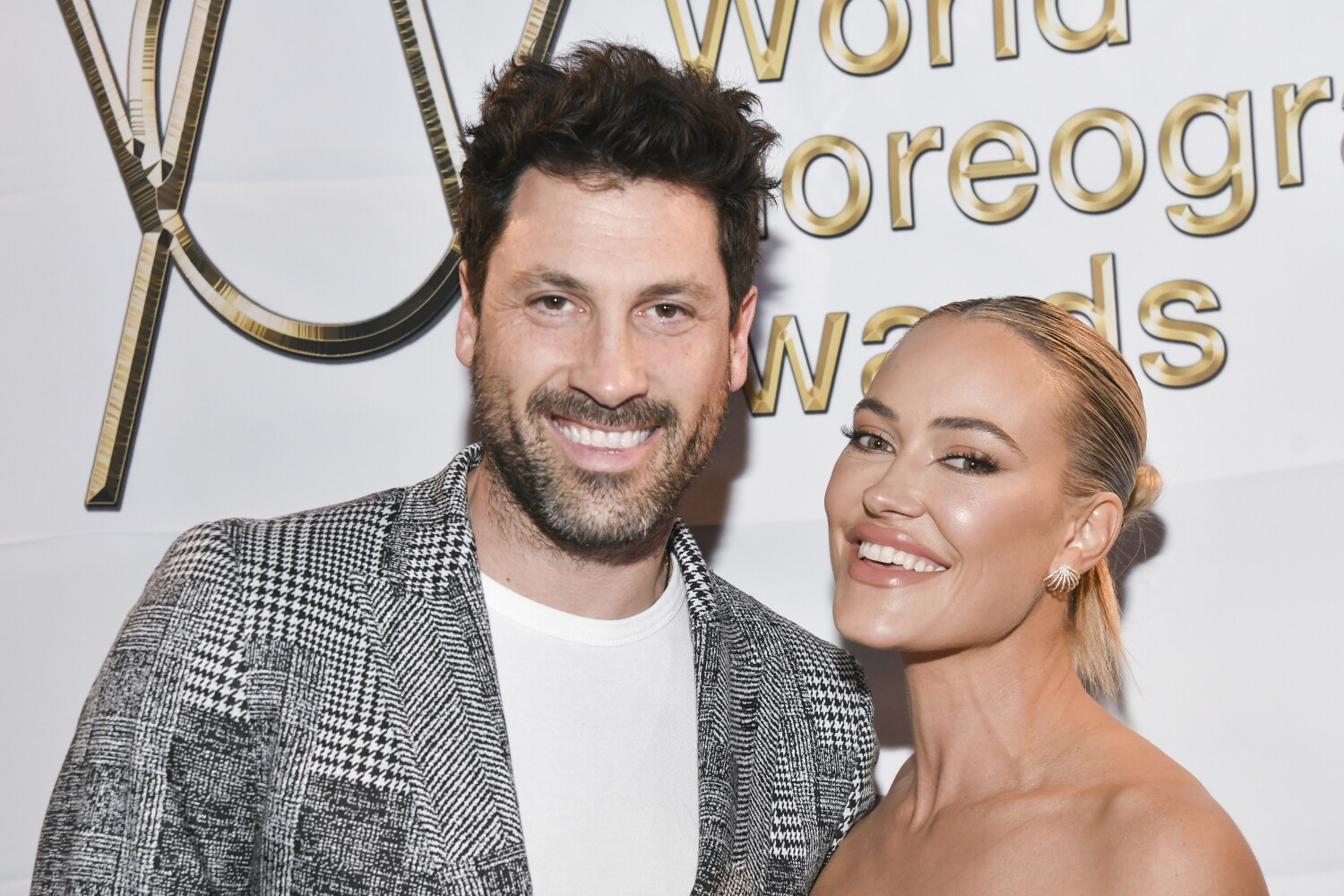 Peta Murgatroyd announced on Tuesday that she suffered a miscarriage in October days after testing positive for COVID-19. At the time, her husband and Dancing with the Stars pro Maksim Chmerkovskiy was working in his native Ukraine.

In an exclusive interview with People magazine, the professional dancer recalled calling an ambulance for herself when she couldn’t get off her 5-year-old son’s bedroom floor.

“I had no strength,” she told People. “I couldn’t open a dishwasher. I couldn’t open the fridge to feed [my son] shit … It got so bad that my breathing started to be affected. It was really dramatic.”

When she arrived at the hospital, the doctor asked if she knew she was pregnant. Murgatroyd, who had assumed the bleeding meant she was on her period, didn’t. And Chmerkovskiy, having heard only the words “You are pregnant”, began to celebrate over the speakerphone, not understanding that his wife just had a miscarriage.

“In hindsight,” said Murgatroyd, unaware of the pregnancy, “it was better for my recovery because I had that super joyful moment of ‘I’m pregnant again!’ didn’t have. … I just had the moment of ‘You lost it.'”

This wasn’t Murgatroyd’s first miscarriage. The former Broadway actress also opened up about miscarrying in a Whole Foods restroom in fall 2020, five weeks into the pregnancy. Murgatroyd said she was shocked and “petrified”.

“I tried to tell myself, ‘It’s going to be okay.’ Of course, deep down, I knew it,” she told People.

“I sat in the bathroom sobbing,” she added. “I’m surprised nobody came in because I was crying and crying so much. … That was something that will probably stay with me for the rest of my life, being alone in that toilet, knowing what’s happening and not being able to help it.”

Chmerkovskiy called the experience of finding out his wife had lost their baby in a public bathroom “as dark as it gets”. As someone “who prides herself on being healthy,” Murgatroyd admitted she was “embarrassed” and “embarrassed”. But she “came to the realization” that the reproductive system can operate independently of overall health.

“It took me a very long time to get over it,” she said. “It’s been months and months where I’ve been crying in bed alone most nights, crying in the shower, it’s been a lot of denial. What I have done wrong?”

A few months later, the prominent choreographers tried again. Realizing she was “about to ovulate,” Murgatroyd flew to Europe, where her husband sat on the jury of the Ukrainian edition of “Dancing with the Stars.”

Murgatroyd contracted the coronavirus during her trip to Ukraine. She said the baby couldn’t survive the early stages of pregnancy when she contracted the respiratory disease.

“I felt like I was going to die, but then obviously I knew what had happened,” she told People. “It was all just too much for my body and I couldn’t do it. I couldn’t believe this was happening to me.”

“Don’t be there [with her] … it’s crazy. You feel helpless,” said Chmerkovskiy, who fled Ukraine earlier this year after Russia began invading the nation. (He has continued to draw attention to the attack on his homeland on social media.)

Following her recent miscarriage, Murgatroyd was diagnosed with polycystic ovary syndrome, a hormonal imbalance that can affect ovulation and fertility.

Chmerkovskiy said the miscarriages made him a “changed man”. He used to “never think that two healthy, sporty people could get into such a predicament”.

“I’m trying to do my best to support Peta,” he said. “If you look around you will see that most of your friends have had problems [trying to conceive]. I realized that this is more common and not talked about.”