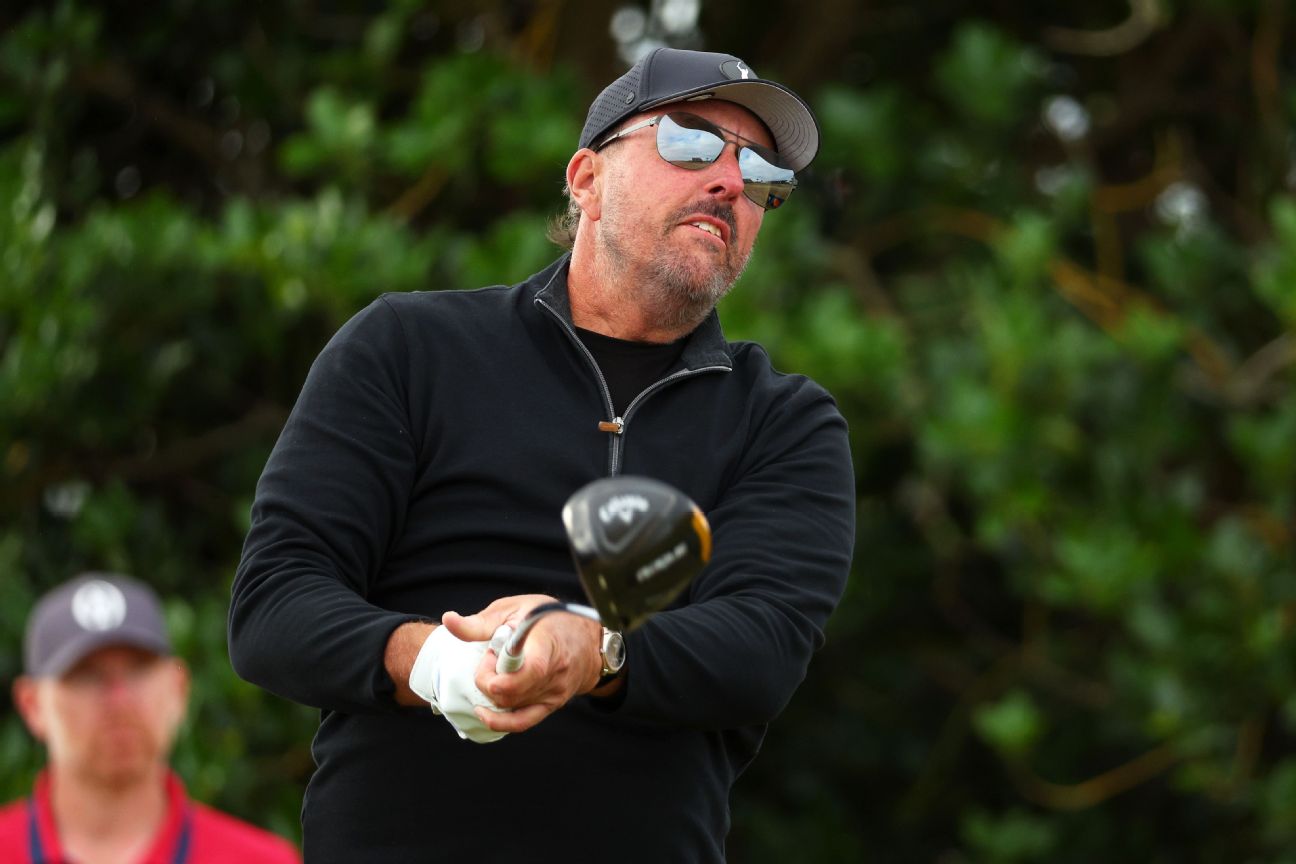 Mickelson was among 11 golfers who sued the PGA Tour on Aug. 3, alleging they were wrongfully suspended for attending LIV golf events and that the PGA Tour is using its monopoly power to stifle competition.

LIV Golf joined its players as plaintiffs in the lawsuit on August 27.

“I haven’t done anything yet, but now that LIV is involved, there’s no need for me to be a part of it,” Mickelson said after playing Thursday’s LIV Golf Pro-Am at Rich Harvest Farms. “I still am at the moment [part of the lawsuit]. I don’t know what I’m really going to do. The only reason for me to stay in it is damage, which I don’t really want or need.”

Mickelson has been at the center of LIV Golf’s ongoing battle with the PGA Tour for the best players in the world. He was among the first players to sign with LIV, funded by Saudi Arabia’s Public Investment Fund and led by two-time Open winner Greg Norman.

Mickelson had complained about the PGA Tour’s “insufferable greed” and argued that professional golfers were free agents who should be able to play wherever they chose.

Mickelson’s controversial comments to author Alan Shipnuck about the PGA Tour and the Saudi Arabians resulted in his four months absence from golf. The lawsuit alleges that Mickelson received his first two-month ban from the PGA Tour on March 22 for “trying to recruit players [LIV Golf].” An appeals committee upheld Mickelson’s suspension. His reinstatement application about two months later was denied for playing at the first LIV golf event in London.

“The tour’s unlawful conduct cost Mickelson endorsement deals and sponsorships,” the lawsuit states. “Notably, the tour is the only golf tour regularly televised in the United States, and it earns far more in sponsorship, advertising and broadcast revenue than any other golf tour.”

Four players who were original plaintiffs in the lawsuit — Abraham Ancer, Carlos Ortiz, Pat Perez, and Jason Kokrak — are no longer involved in the case.

Ted Lasso sends off USMNT with billboards written to players