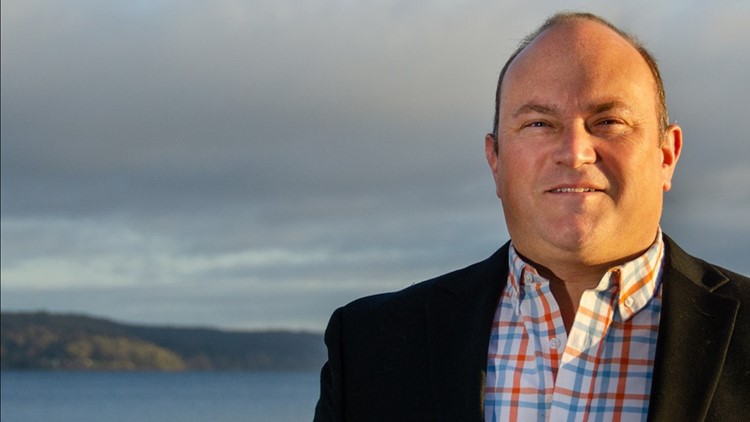 Josh Harris shot and killed a man who was running towards him and others on May 30, an inquest has found.

PIERCE COUNTY, Wash. – Pierce County Council nominee Josh Harris, who shot and killed a suspected car thief, will not be charged after an investigation found he acted in self-defense, according to a prosecutor’s memo.

Alleged car thief Scott Stacy is charged with second-degree assault with a deadly weapon (vehicle) after the same charges were previously dropped.

On May 30, Harris was in a wooded area near Cheney Stadium looking for stolen property. There he found two vehicles that he suspected were stolen, according to the Kitsap County Sheriff’s Office investigation.

Before leaving the area and calling the police, a woman who lived in a tent told Harris that Stacy knew him and, according to investigations, “had threatened to kill Harris and his family.”

When police arrived and confirmed that at least one of the vehicles had been stolen, they began returning to the wooded area. At this point, the stolen vehicle was traveling at high speed down a lane, past the officers, and toward the parking lot.

Both Harris and another man who joined Harris to search for stolen items pulled out handguns. As the vehicle approached, Harris fired multiple shots into the driver’s windshield, according to investigators.

Stacy stopped the vehicle, put it in reverse, and then sped away from Harris.

Harris reported to officers that Stacy had his left hand outside the window and appeared to be holding a gun. Harris said he feared for his life when Stacy approached him.

Harris’ account of what happened was corroborated by five people, including the two officers who wore body cameras.

Investigations determined that the shooting was warranted because either Harris or the others in the parking lot would have been hit by the vehicle.

Stacy was later found back at camp. He had gunshot wounds to his head and left hand.

Stacy was arrested and taken to a local hospital for non-life threatening injuries.

The World Watches as America Squabbles