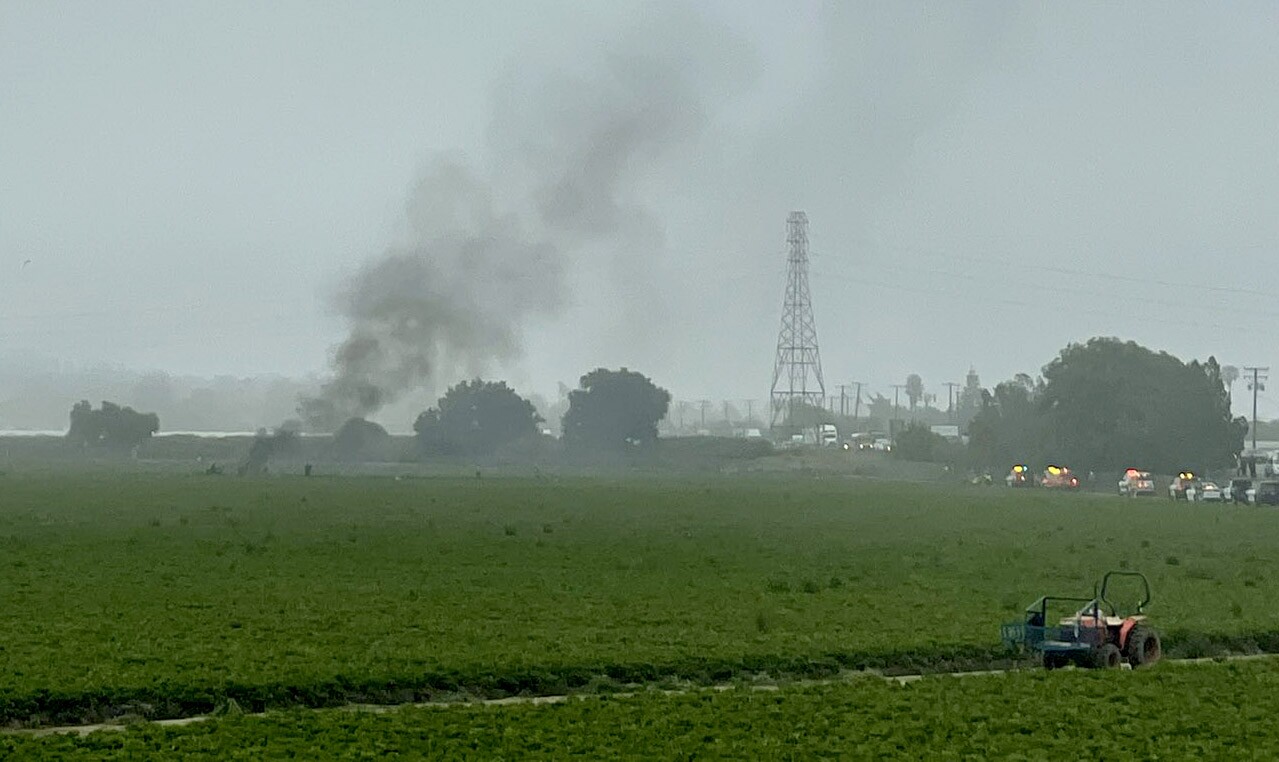 The pilot was killed when a small plane crashed into a strawberry field in Ventura County early Friday and immediately burst into flames, authorities said.

The accident happened around 8 a.m. in a field on the north side of Highway 101 near Oxnard, according to the Ventura County Fire Department. The plane reportedly struck a building on the south side of the freeway before crashing into the field.

Firefighters extinguished the fire at 8:40 a.m. and all lanes of Highway 101 remain open, according to fire department spokesman Andy VanSciver.

No further details were available about the pilot. The fire department said there were no other passengers on board.

The crash involved a single-engine, four-seat plane that took off from nearby Camarillo Airport at 7:59 a.m., authorities confirmed. The aircraft was listed as a Mooney M-20 Turbo on a FlightAware flight tracking site bound for Phoenix, Ariz.

“Our thoughts are with the family,” said Dave Nafie, Ventura County Airport Assistant Director. “We are glad that no one was injured on the ground.”

The cause of the crash is under further investigation.

Op-Ed: Heartbreak hurts, in part because our cells 'listen for loneliness'