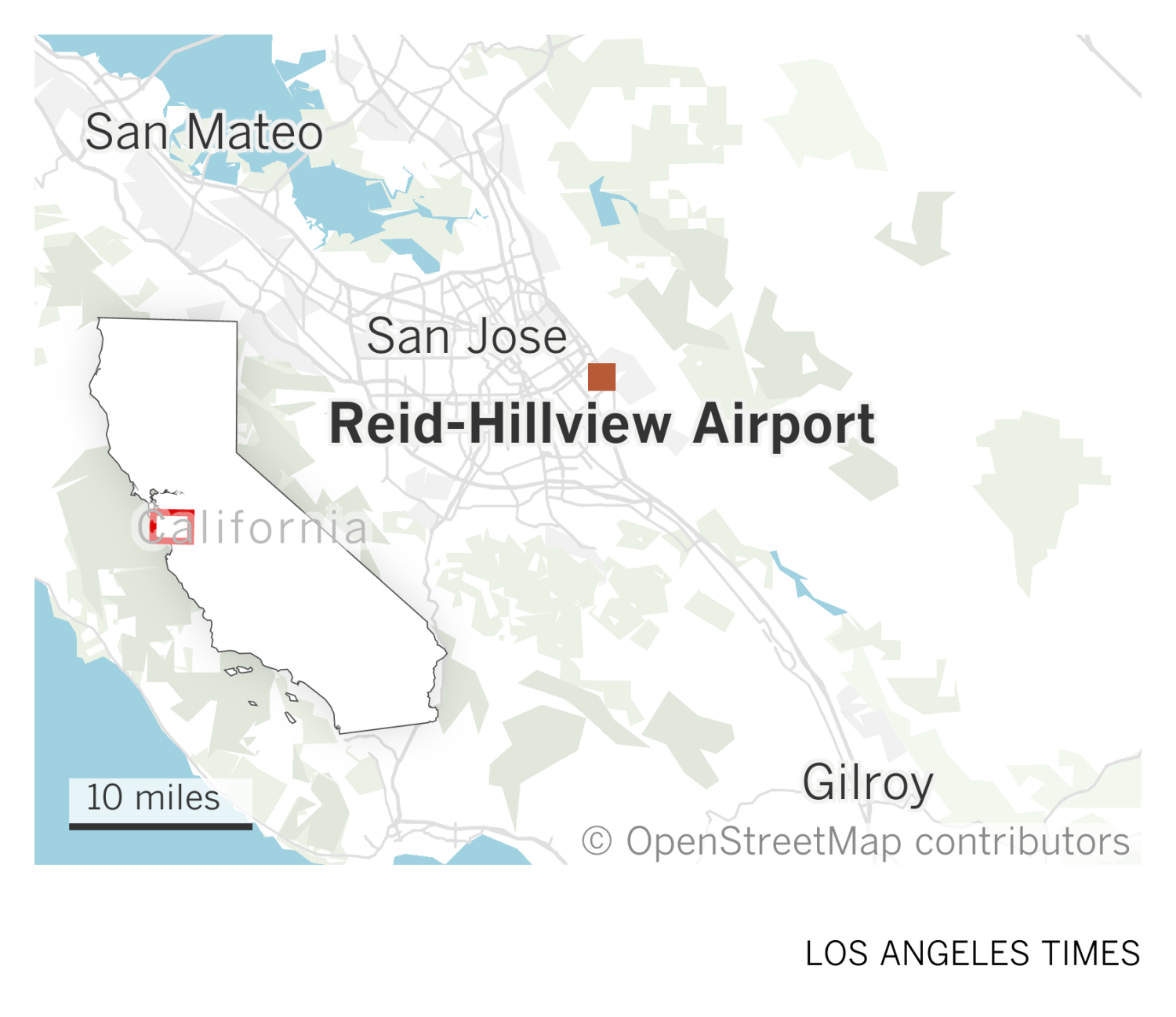 The pilot of a single-engine plane has been hospitalized after a crash in San Jose on Friday night, authorities said.

Units responded to a 7:12 p.m. call in the area of ​​Ocala Avenue and Karl Street near Reid-Hillview Airport, a general aviation facility owned by Santa Clara County, according to the San Jose Police Department.

The pilot, described as an adult man, was taken to a hospital with serious injuries, police said. No other injuries were reported.

The Piper PA-32 crashed while departing the airport, according to Lynn Lunsford, a spokeswoman for the Federal Aviation Administration.

Power lines were cut in the 2100 block of Evelyn Avenue, police said: “Officers are contacting residents of the affected area. Please avoid the area while crews respond to secure downed power lines.”

Roads in the area will be closed indefinitely, police said. FAA and National Transportation Safety Board investigators are responding.

Representatives from the San Jose Fire Department and the NTSB could not be immediately reached for comment.

US takes emergency action to protect sequoias from wildfires

Dodgers' Walker Buehler to take another step in injury comeback