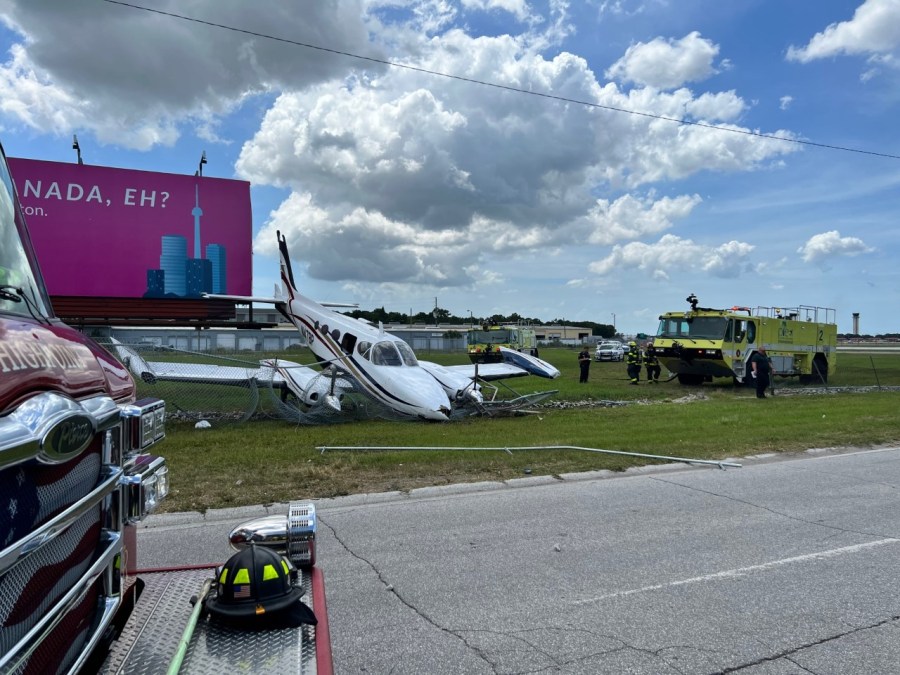 ST. PETERSBURG, Fla. (WFLA) – Commercial flights have been delayed at St. Pete – Clearwater after the plane crashed on landing on Monday afternoon.

Suspect shot after hiding in warehouse, pointing gun at delegates in Dover


According to airport officials, the pilot was in the process of landing when the plane crashed. The pilot was the only person on board and was uninjured.

The Federal Aviation Administration is on the scene conducting an investigation. The crew is working to clean up the fuel.

Once the cleanup is complete, commercial flights will resume, the airport said. For PIE flight statuses, click here.