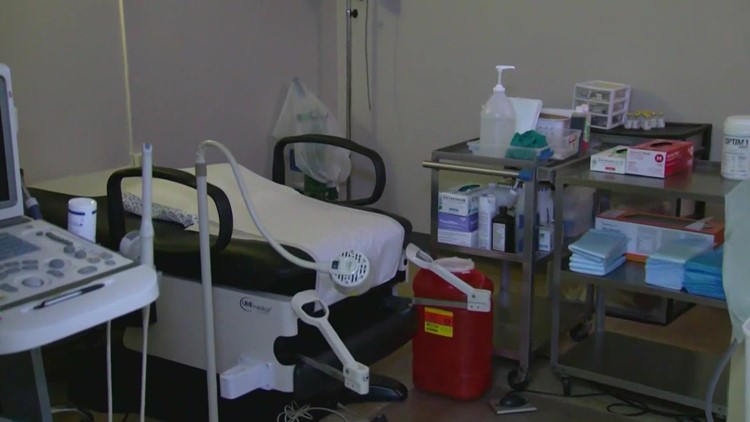 SPOKANE, Wash. — Paul Dillon of Planned Parenthood of Greater Washington and North Idaho says clinics across Washington are ready to assist Idahoans who need an abortion.

“We are doing everything we can to ensure patients in Idaho are cared for and have access to all the services they need,” Dillon said.

Abortion providers in Washington have already seen more outside visitors.

That July, Dillon says, nearly 8 out of 10 patients attending Pullman’s Planned Parenthood clinic were from Idaho. Abortion clinics across Washington expect much more.

“We hired more vendors,” Dillon said. “We have hired what is called a patient navigator, and our patient navigator speaks directly to all out-of-state patients and therefore handles all calls. If they need to book a hotel room, if they need help with transportation, they’re there to help take care of it.”

Beginning Friday, August 19, 2022, Idaho will make abortion illegal after six weeks or whenever a heartbeat is detected. Then, on August 25, an even stricter nationwide ban on abortion goes into effect.

There are exceptions in the case of rape, incest and when the mother’s life is in danger. Rape and incest victims who desire an abortion must file a police report.

The Justice Department has filed a lawsuit against the state, saying Idaho’s abortion law violates the Federal Emergency Medical Treatment and Labor Act, which says patients cannot be turned away or denied care until they are stabilized.

The lawsuit states that in some cases, life-saving care may include an abortion, such as when a woman experiences an ectopic pregnancy, a miscarriage, or other complications.

“Idaho law would make it a criminal offense for physicians to provide the emergency medical care required by federal law,” said US Attorney General Merrick Garland. “Idaho law provides an exception to prevent the death of a pregnant woman. It makes no exception for cases where the abortion is necessary to prevent serious harm to the woman’s health.”

Planned Parenthood is also suing the state of Idaho. Despite those ongoing lawsuits, the state Supreme Court declined to stay the abortion ban, saying it could move forward.

EXPLAINER: What to know about ‘buy now, pay later’