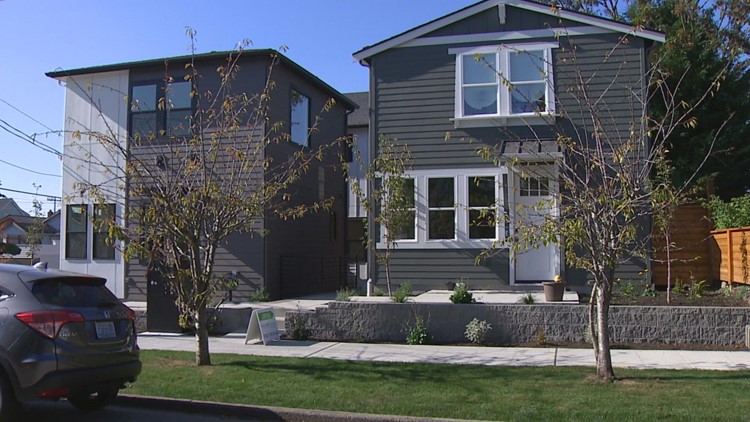 Finding the perfect place to stay is not easy, especially when you’ve researched a neighborhood well.

SEATTLE – Pocket neighborhoods are springing up more and more across Seattle, with mixed reactions from neighbors and nearby residents.

Finding the perfect place to stay is not easy, especially when you’ve researched a neighborhood well.

“It’s a community where people live and plan to stay,” said Melissa Jonas, who has resided at Beacon Hill for almost 25 years.

Her daughter, Sylvia, was born and raised in Beacon Hill. When Melissa and her husband separate, she must face a harsh reality.

“There’s no way I can afford to rent Beacon Hill when we separate, it’s not going to work,” Jonas said.

A month ago, they moved into their newly purchased little house.

They are called pocket quarters.

“We demolished a single-family home and we built five cottages,” said Jim Riela, President of Thomas James Homes Seattle, the company that builds these communities.

“It’s been a super successful project for us, we’ve sold 35 homes in the last 90 days,” says Riela.

The homes are 840 square feet and include two and a half bathrooms along with two bedrooms. They are listed at a little over $600,000.

“It’s not affordable housing but it’s accessible at a different price point than a house on the street that can sell for twice this,” says Melissa.

The reason these communities are emerging now is because of a change in the Seattle Ordinance in 2019 regarding land use and zoning. That’s also why accessory housing units are now allowed.

Some neighbors who don’t want to be interviewed on camera feel like this housing is invasive but understand that Seattle is growing, and this is a way to provide more housing.

“It’s a multi-family on a single-family approach and I think it’s working and I think we need more,” says Melissa.

Rams need help, but they shouldn't trade for Christian McCaffrey

The Battle Over Work and Welfare

Ukrainian Victory Against Russia Would Be Great for America