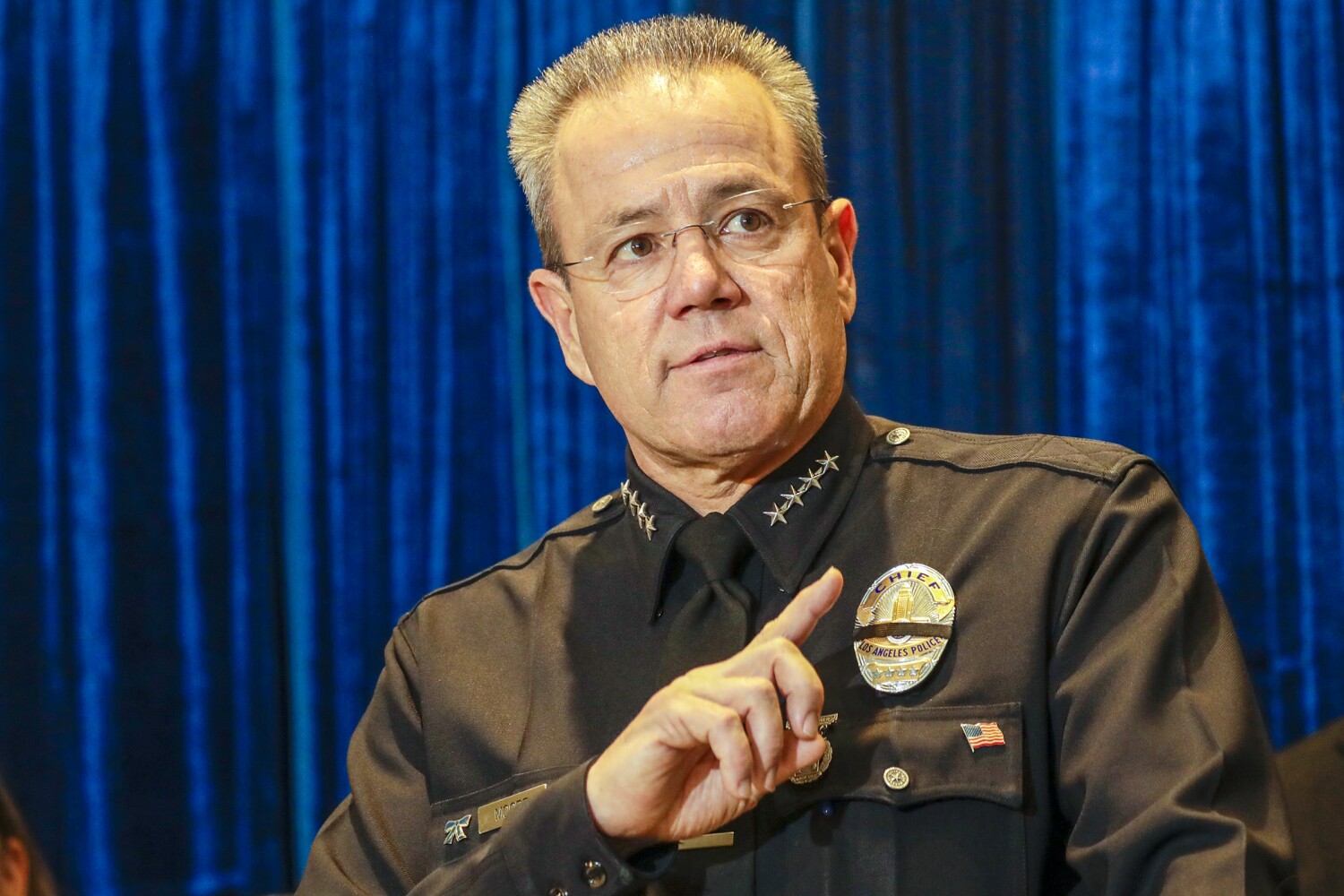 The Los Angeles Police Commission on Tuesday approved new rules for police use of crime-fighting technology, despite opposition from advocacy groups who said it could lead to increased surveillance of people.

Under the new policy, the LAPD must submit a detailed proposal to the Commission before deploying any particular type of technology, outlining whether data about individuals will be collected and how long it will be retained, whether it will violate individuals’ privacy and civil rights and what safeguards are in place to prevent misuse.

Before the commission votes to approve or deny them, it will publicly consider the proposals and give people an opportunity to participate in an “informed” debate about their use, Lizabeth Rhodes, director of the LAPD’s Office of Constitutional Policing and Policy, told Speaking the commissioners under at the meeting of the panel.

The directive, which the commission unanimously approved, applies to electronic tools currently in use, but not “court-approved technology” such as listening devices or GPS tracking devices, Rhodes said. Department officials will train officials on a technology’s capabilities and limitations and must report to the commission each year on compliance with the policy, Rhodes told the panel.

Proponents called the move a significant step by the department toward accountability and oversight amid an ongoing national debate over law enforcement’s use of technology. Police say they need new tools to track down criminals in an increasingly connected world, while civil rights and privacy advocates claim that facial recognition software and other products can be intrusive and biased.

On Tuesday, the commission voted unanimously to adopt the new policy. But not before several critics denounced the move during the public comment section of the meeting.

Hamid Khan of the Stop LAPD Spying Coalition said similar policies in the past gave police practices a veneer of legitimacy but ultimately failed to control abuse. Such rules, he added, have been used in the past to give the department political cover for expanding its surveillance capabilities.

“It sets the tone and gives them a free license,” said Khan, who also attended the meeting, in a previous interview.

Khan pointed to since-dismantled predictive policing initiatives that disproportionately targeted Black and Latino communities, as well as the department’s failure to disclose its longstanding use of facial recognition software.

In January 2021, the commission enacted new rules governing the department’s use of facial recognition software after a report by The Times found officials had used the technology 32,000 times over the years despite denials from the department.

The current policy allows LAPD detectives and other trained officers to use only one software platform operated by the Los Angeles County Sheriff’s Department that only compares a suspect’s picture to mug shots — a far less extensive search than the products those of for-profit companies such as Clearview AI offering.

An internal LAPD investigation found that a handful of detectives had used the controversial Clearview software, which claims to have scraped a database of three billion photos of people from the internet.

The guidelines passed on Tuesday also mandate new measures to track LAPD’s use of the facial recognition system, but the commission rejected the outright ban on the technology sought by many activists.

Khan also criticized what he saw as the commission’s lack of reach in historically disenfranchised communities, which he said would bear the brunt of increased police surveillance.

Mohammad Tajsar, a senior attorney for the Southern California ACLU, said the civil rights organization originally supported the creation of civilian-led panels to oversee police technology, but has since changed its stance. In a letter to the commission, the ACLU joined groups like Stop LAPD Spying and local chapter Black Lives Matter to oppose the creation of a technology oversight body modeled on a similar body in Oakland.

“The problem is that these technologies are so invasive, they are so dangerous and put in the hands of this particular department, so problematic that there are no rules or criteria that meaningfully limit the invasiveness and danger of these technologies,” Tajsar said in a previous interview.

During Tuesday’s meeting, Commissioner Eileen Decker said she was confident the policy would ensure the department’s continued oversight of its use of technology.

The only commissioner who expressed hesitation during Tuesday’s session was Dale Bonner, who pressed the department on whether exemptions for certain court-ordered technologies were too broad. His concern, he said, was that “we’re going to find out that the department is using something that bothers us and the answer will be, ‘Well, three years ago a court ordered us to do something and that’s that technology we are using.’ ”

LAPD chief Michel Moore responded that the protective measures are among the strongest in the country. “I think it’s justified, it’s needed and it’s valuable in building public trust,” he said.

If You Like the IRS, You’ll Love the Global Minimum Tax

John Bolton Was Target of Assassination Plot by Iranian National