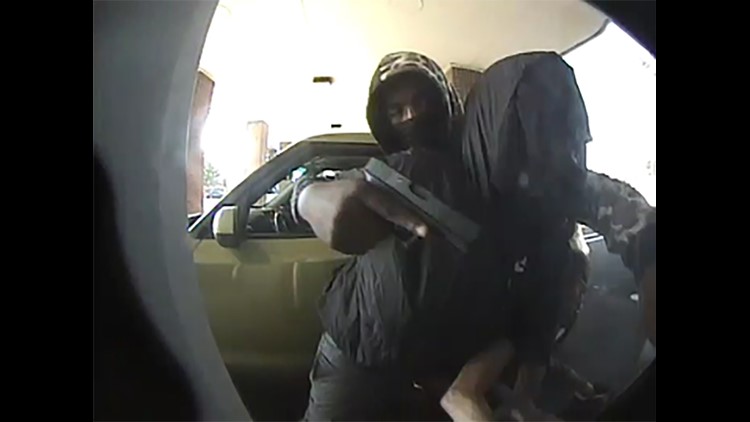 During the robbery in Fife, the victim stopped at an ATM. The suspects waited for the victim to insert their card into the machine and enter their PIN.

FIFE, Wash. – Police are urging people to be vigilant following multiple armed robberies at ATMs in King and Pierce counties.

The last has occurred at a drive-up ATM in Fife on August 7, according to Renton Police. The same suspects in this crime could be linked to crimes in Parkland, Bonney Lake, Puyallup, Federal Way, Kent and possibly Seattle.

Renton Police issued the alert because they are surrounded by the towns where the crimes took place.

During the robbery in Fife, the victim stopped at an ATM. The suspects waited for the victim to insert their card into the machine and enter their PIN. The suspects ran towards the victim, guns drawn, and took over the transaction while pointing a pistol at the victim.

The suspects stole several hundred dollars from the victim’s bank account and items from her vehicle.

They fled in a car driven by a third suspect, according to Renton police.

Renton has published the following tips for banking at an ATM:

• Personal safety planning should include stops at your financial institution (or ATM) during the day.

• Be on the lookout for suspicious people near or near the ATM. If you are uncomfortable, listen to your intuition and walk away.

• Keep the doors locked and all windows closed at a drive-up ATM except for the window you are using. Keep the vehicle running and pay attention to the front, back and sides of the vehicle. If someone approaches your vehicle on foot, cancel the transaction and exit immediately.

• Try not to focus solely on the ATM during your transaction; Keep your head distracted and aware of your surroundings and who might be approaching.

• Conduct ATM transactions at ATMs located in a grocery store or other business.

Renton Police said anyone who can identify the suspects should contact law enforcement by doing one of the following: