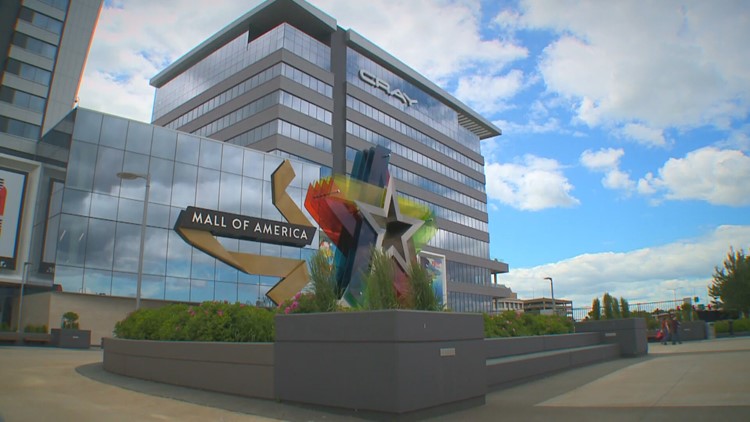 Bloomington Police confirmed shots were fired at the mall but have not found a victim.

BLOOMINGTON, Minn — The Mall of America has lifted a lockdown following a shooting inside the building.

Bloomington Police confirmed at 5:40 p.m. that shots were fired at the mall early Thursday afternoon and said the suspect fled the mall on foot.

The police secured the crime scene in the shopping center, but “did not find a victim”.

The Mall of America is about to lift lockdown.

Bloomington Police confirmed just before 5pm that the department had “numerous officers” on site working “on an active incident” at the mall.

In a later tweetMall of America called it a “confirmed isolated incident,” but wouldn’t specify a shooting.

Ava Malloy, an Air Traffic Toys worker at the Mall of America, spoke to KARE 11 by phone during the lockdown. “I turned off the lights and everyone huddled behind something,” Ava said.

“We were working with customers and suddenly people were running into the store. There were probably about 25 to 30 people and we looked and thought they were kids just fooling around,” Macy’s employee Brenda Wachello said over the phone while taking cover at the store. “And then people said, ‘There’s a shooter.’

How frightening! Jason tells me he’s fine and that he was on his way to the airport when this happened. https://t.co/TRYwbQ3ekj

KARE 11’s Morgan Wolfe spoke to a woman who said she heard “two shots over the DSW”. The woman was able to leave the mall but said her daughter stayed inside.

#BREAK Just spoke to a woman who heard two gunshots over the DSW @Mall of America . Her son and she got out but her daughter is in lockdown with a group of people. She said hundreds of people are still inside #KARE @kare11

A large group was still in the MOA basement waiting for the lockdown to be lifted.

A mother I spoke to is waiting for her daughter who said there were hundreds of people with her. pic.twitter.com/MswV156I0E

This is an evolving story. KARE 11 will provide further details as new information becomes available.