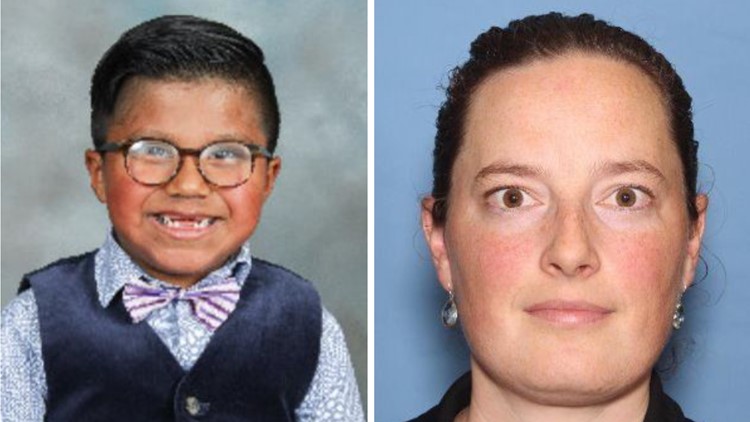 Amanda Dinges, who is accused of kidnapping her 5-year-old adopted child, was scheduled to start a new job statewide on November 21, according to the documents.

MOUNT VERNON, Wash. – A foster parent accused of kidnapping a 5-year-old in Mount Vernon told Child Protective Services (CPS) a week before the boy went missing that she was moving across the state.

The Mount Vernon Police Department began searching for the boy, who was identified only as “ND” in probable cause documents, on November 28.

The next day, Dinges told Sky Valley CPS she needed to get her teenage adopted child out of the house before she started a new statewide job on Nov. 21, police said Dinges told CPS staff that the 5-year-old was removed, which he did not.

CPS removed the teenager from Dinges’ care on November 18.

On November 21, managers at Dinges’ apartment found the keys to her apartment in the office, which they believe had been returned over the weekend. There were still large pieces of furniture in the apartment, although managers told police that clothes, sheets and toiletries had been taken.

Police believe the 5-year-old boy has not attended school since November 21 and that he missed his physiotherapy appointment two days later.

According to Brittany Tri, the biological mother’s lawyer, when the boy did not show up for a scheduled visit with his biological mother on November 25, she contacted her case officer. Due to the weekend, staff saw the message on November 28 and CPS informed police of concerns about the child’s safety.

Dinges did not respond to phone calls or emails from apartment managers, CPS or Mount Vernon police. Investigators said she disconnected her phone.

Dinges was charged with second degree kidnapping and a warrant for her arrest was issued on November 29.

Adoptive parents must provide change of address information to the state.

Tri said she raised concerns about the foster placement in July, because “they [the foster family] made a number of comments implying that the child was already a member of their family and that seeing the mother was too inconvenient and troublesome for them.”

According to Mr. Tri, plans have been in place for months to reunite the child with his biological mother.

In July, the mother was allowed to visit unsupervised and they had been seeing them for a few months. In September, the judge and legal parties agreed to make a master plan to return the child to its biological mother. Tri said that in early November, her mother received the house and moved in.

“My client did a great job, obeying everything the court and [Department of Children, Youth and Families] DCYF is asking her,” Tri said.

Ripley's Believe It Or Not museum to close in Atlantic City, New Jersey