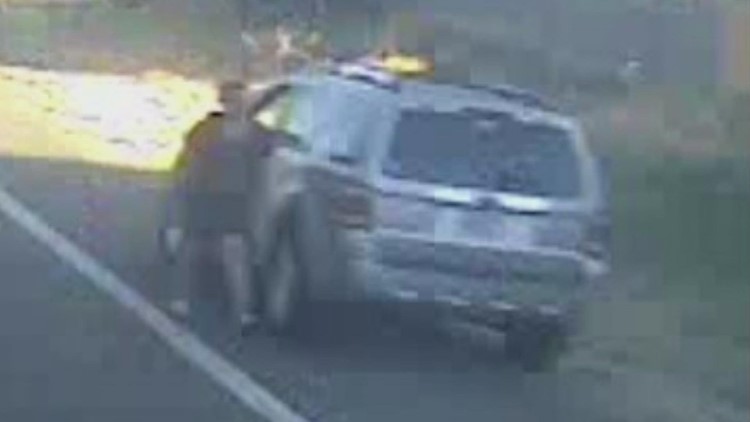 Patti Oman was on her way to her regular walk around the neighborhood when she was hit and killed by a driver who was fleeing the scene.

EVERETT, Wash. — Police are asking the public for help in locating the driver who hit and killed an Everett woman and then drove away from the scene.

The family of 80-year-old Patti Oman is asking anyone with information about the crime to come forward.

Oman’s niece, Sarah Storm, said her aunt is not one to take old age while sitting.

“Even at her age, she was always looking for the next adventure,” Storm said. “She thought about the future in her twilight years and what else she could do. It was like she had a different mother or grandmother figure. She was incredible.”

The 5400 block of Broadway Avenue in Everett was packed with people heading home for dinner with their families.

Oman was on her way to her regular walk to the neighborhood supermarket. On the way back, just a few blocks from home, she was hit and killed.

“For something that’s so routine and so normal for her, it’s so hard to take her away from us,” Storm said. “If it had been a few minutes later, she would have come home with a more responsible person.”

Police are still searching for the person who killed Oman. Investigators released photos of a suspect and her car.

The suspect is described as a white woman, aged 40 to 55, with dirty blonde hair, driving a silver SUV, possibly a Ford Escape, with partial license plates of BSW4.

“Beating a frail elderly lady and leaving her to die there kind of dampens my faith in humanity that someone would do something like that,” Storm said.

Oman was one of four sisters, a Native Alaskan and a retired real estate agent.

Even at 80, she felt there was still work to be done — to the point where she was still buying lottery tickets.

About 15 minutes before she died, she bought one at a grocery store just a few blocks from her home.

Now Storm and her family are pleading that someone report the suspect, or better yet, that the suspect take responsibility for what police say she did.

“I just don’t understand,” Storm said. “How would you live with you afterwards? How do you sleep at night?”

Everett Police say they are investigating multiple leads. Anyone with information should call the hotline at 425-257-8450.