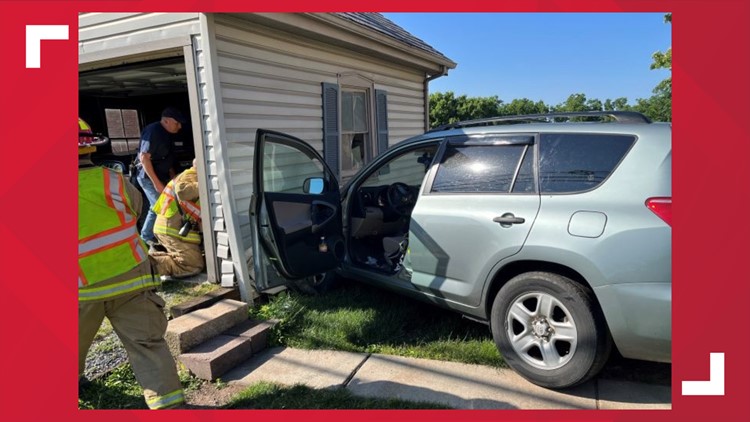 No one was injured in the incident, which took place Monday morning in the West Cocalico community, according to Northern Lancaster County Regional Police.

Chelsea Beiler, the driver of the vehicle, was believed to be under the influence of narcotics and was wanted on an outstanding warrant, police said. According to police, she was in possession of heroin.

According to police, Beiler and a passenger were taken into custody after the second accident in West Cocalico Township near Swamp Bridge Road.

Police say the incident began around 8:05am when officers were dispatched to Mill Stone Road in Clay Township to report two people who had “nodded off” in a vehicle.

When the officer arrived and approached their vehicle, Beiler backed into the front of the police cruiser and fled the scene, police say.

Police chased their vehicle into the West Cocalico community, where Beiler lost control and came to a stop on the freeway near Swamp Ridge Road, according to police.

She then tried to evade arrest by driving through a hedge and the front yard of a nearby house, police say. She struck the side of a garage attached to the home and was taken into custody.

Beiler was taken to a nearby hospital for treatment after the accident. She later faces charges of fleeing or attempting to flee from police, reckless endangerment of another person, DUI, accidental damage to property, reckless driving and possession of a controlled substance.

Her passenger was not charged and was released at the scene.

Ephrata Borough Police assisted the NLCRPD at the West Cocalico crime scene. Neither the officers involved nor the occupants of the suspect vehicle were injured in the incident.

Without Russell Wilson, can the Seahawks win by running more?