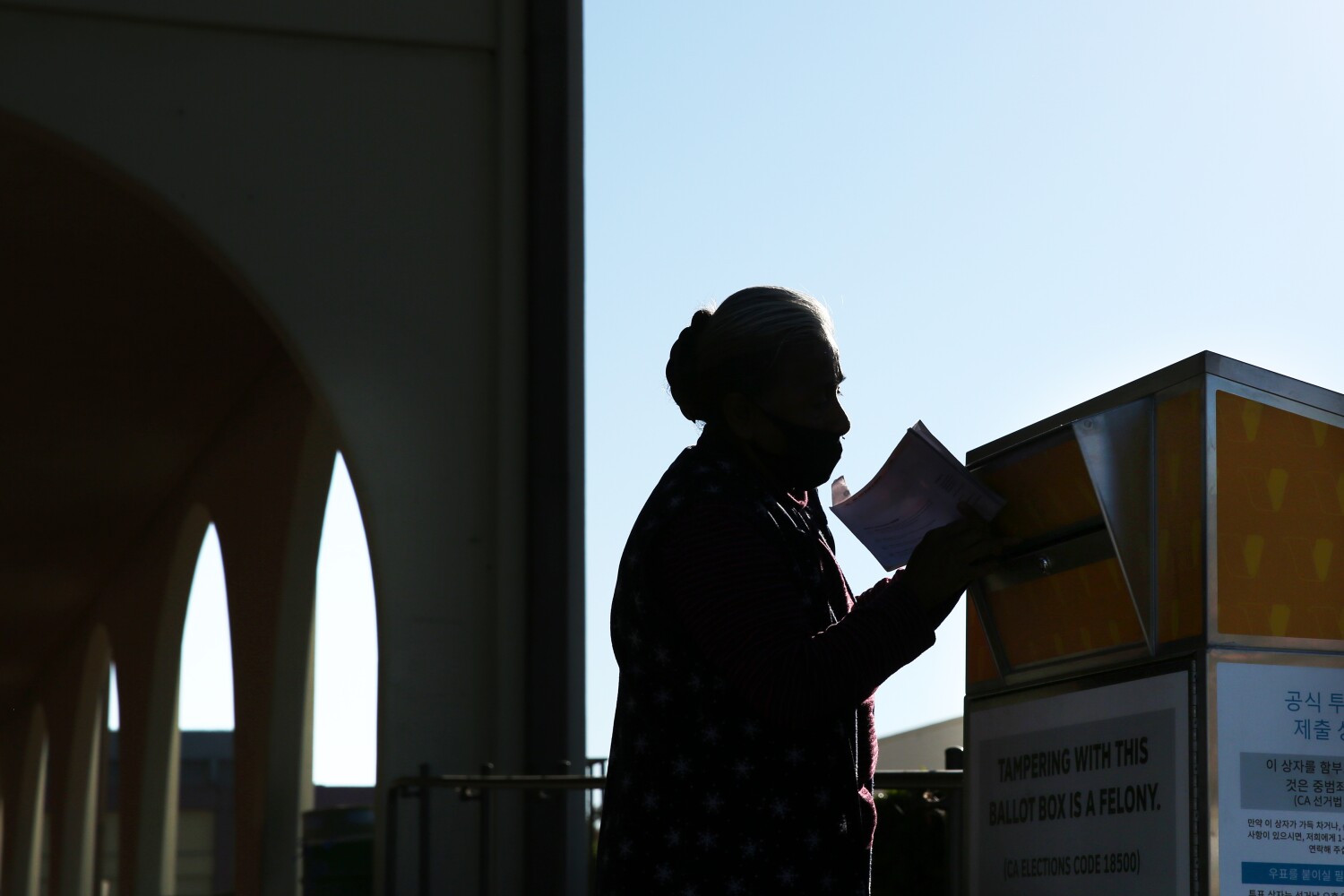 Polls opened across California on Tuesday in a June primary that will help determine Los Angeles’ next mayor, signaling a defining moment in the city’s history. It’s also a test for the progressive San Francisco prosecutor.

Voters will also cast their ballots for the governor and US senator, although Democrats, Gov. Gavin Newsom and Sen. Alex Padilla, do not face stiff competition and are expected to win.

Early turnout was dismal before polling stations opened Tuesday. A ballot was mailed to every registered voter in the state, but only 15% had taken it to polling officials or weighed it at early in-person voting centers as of Monday night, according to polling data verified by consulting firm Political Data Intelligence.

The Los Angeles mayoral race is among the most competitive on the ballot. Battered by a homelessness crisis, crime and a soaring housing market, voters in the city are in a pessimistic mood. The top three candidates are Rep. Karen Bass (D-Los Angeles), billionaire developer Rick Caruso and LA City Councilman Kevin de León.

A poll released Sunday found that 38% of likely voters support Bass. Caruso, who has bombarded LA airwaves with millions of dollars in advertising, has 32% support.

With 15% of likely voters saying they are still undecided, one of the two could still win the primary, but either candidate is unlikely to win the 50% needed to avoid a November runoff.

The election comes after a hectic few weeks of city-wide campaigning that has increasingly included personal and partisan attacks from every camp. Caruso’s supporters have attacked Bass’ record attendance in Congress, while Bass’ supporters have constantly spoken out about the businessman’s previously registered Republican status and his past ties to anti-abortion politicians.

Since Caruso announced his candidacy in February, Los Angeles Times polls have indicated that the competition is largely a two-person race, with Caruso and Bass appealing to opposing bases of support.

Concerns about rising crime were the driving force behind Caruso’s campaign, which early on garnered strong support from more conservative Angelenos, particularly white voters. However, over time he has also garnered a growing number of Latino and black male voters, according to the poll. Bass gained traction with most of the city’s electorate—its Democrats, Liberals, and women. She has also maintained a strong lead among black women, according to the poll.

LA voters will also consider a new city attorney and city controller, as well as several city council races. The seat on the District 3 Board of Supervisors is up for grabs, as are seats on the Los Angeles School Board.

One of the hotly contested statewide races is the bid for attorney general, an election coming amid debates about rising crime and the impact of decades of criminal justice reform in California. Democratic incumbent Rob Bonta is up against an independent Sacramento Dist. atty Anne Marie Schubert and two Republicans, former Assistant US Atty. General Nathan Hochman and Los Angeles Attorney Eric Early.

San Francisco voters will decide whether to recall Dist. atty Chesa Boudin, who was elected on a criminal justice reform platform in 2019 but faced backlash over crime and homelessness.

Orange County Dist. atty Todd Spitzer, who has weathered criticism after racist comments he made while discussing the case of a black defendant, faces several challengers.

In the race for California controller, Republicans are hoping a divided field of Democrats will allow the party’s sole nominee to take the lead.

But even then, the Democrats should have the advantage in November. Republicans have not won a general election for state office since 2006, the year Governor Arnold Schwarzenegger was reelected and Steve Poizner became insurance commissioner.