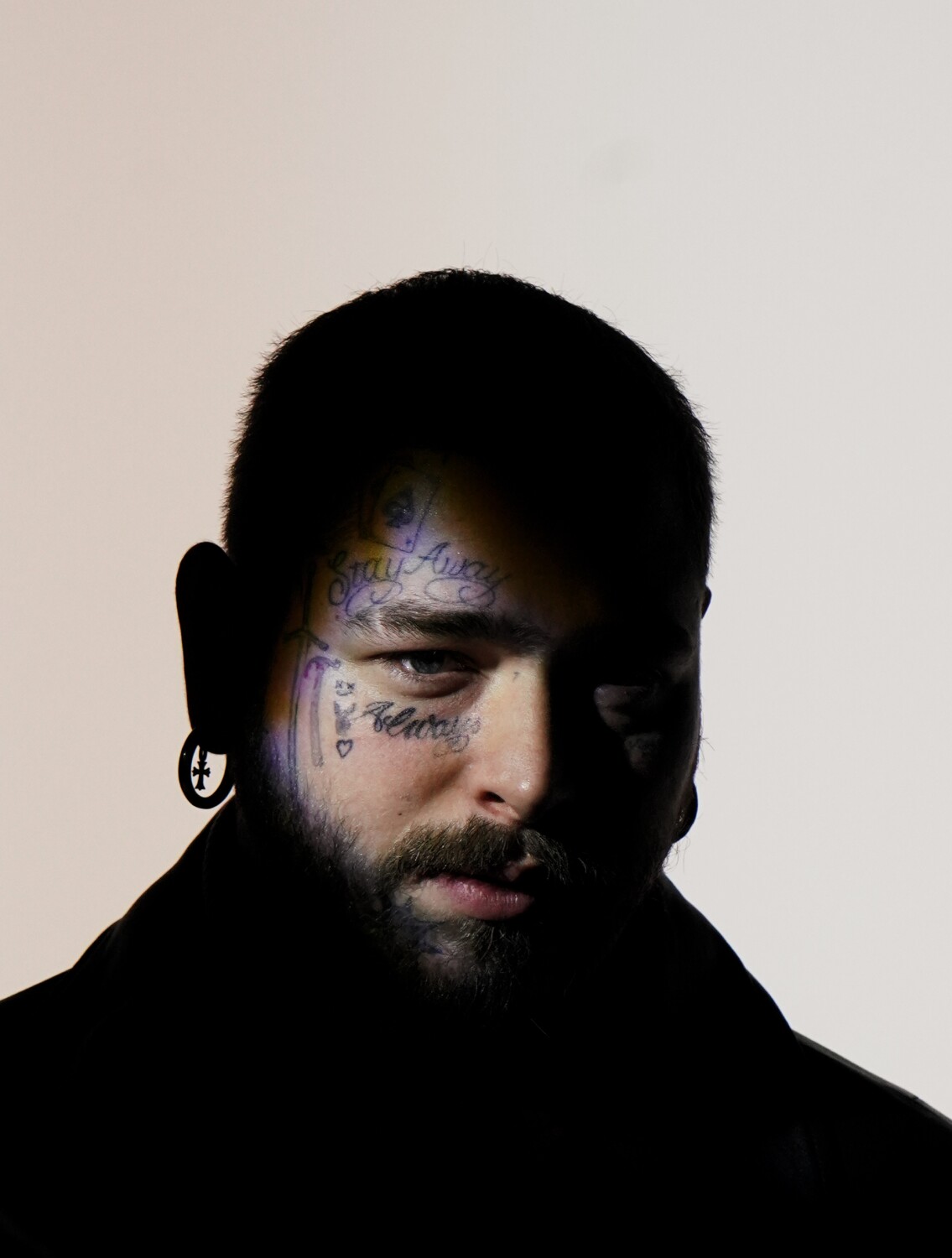 Post Malone heard her little album Bugs of Fame and he wasn’t impressed.

Oh, he had sympathy, of course – he nodded his amazingly tattooed head in sad appreciation as you complained about creepy fans showing up outside your house, fake friends and how empty you feel after getting someone else’s annual salary wasted on a watch.

But after watching A-list peers like Billie Eilish, Drake and Lorde lament the celebrity’s unexpected plight, Malone seems to have concluded that no one has been honest about the part they played in their own misery .

Check out “Twelve Carat Toothache,” perhaps the most self-loathing album by a contradictory pop idol since Kurt Cobain, whose biggest hit Malone nods at the very beginning: “You’re the superstar / Entertain us,” he sings in the opener. Reputation,” a somber piano ballad that enumerates the many ways in which he has failed to live up to his revered position.

“I was born to f— up,” he explains at the track’s climax, his voice a kind of trembling sheep bleat, “I was born / What a pity.”

Malone’s fourth studio LP – and its follow-up to 2019’s best-selling album, Hollywood’s Bleeding – Twelve Carat Toothache presents a disturbing portrait of the 26-year-old singer-rapper whose smoothie-esque blend of hip-hop, rock, Country and synth-pop have made him a titan of the streaming era. (Note that among Malone’s performances between albums was a collaboration with Young Thug and ASAP Rocky, a livestreamed Nirvana tribute and a highly faithful cover of Hootie & the Blowfish’s “Only Wanna Be with You.”)

His confessions aren’t particularly new: He drinks too much; he lets his big mouth get him into fights; he cheats on his lovers and gets his friends’ lovers to cheat on them with him. But the desperation with which he describes his inability to function sanely as a celebrity — the astonishing lack of vanity in his language — sets him apart from the other rich and sad types of pop.

In “Euthanasia,” he accidentally takes a sip from his ashtray and then admits it didn’t bother him too much. “Love/Hate Letter to Alcohol,” in which he makes an emergency call to his dentist after being hit by someone wearing a “big chrome ring,” addresses alcohol as if it were a person: “You’re the reason I got my ass kicked / But you’re the only way to drown my sadness.”

In Coopered Up, he not only vomits into a woman’s expensive Birkin bag, but also recounts an early-morning visit from the police that prompted him to flush something down the toilet. I don’t mean he’s suggesting he did that; I mean he actually uses the word “toilet”. In a pop song. One should be played on the radio.

Given the light-hearted stoner vibe he exudes in the rare interviews he gives, one is tempted to wonder at moments like the toilet text if Malone is heading for knowing self-parody. But then you get to a song like “Waiting for a Miracle” layering his voice, so bathed in reverb it sounds like he’s staring into an abyss, over sparse, funeral keyboard tones.

Musically, “Twelve Carat Toothache” blends crisp rock guitars, dripping synths and pounding machine beats, as he and longtime producer Louis Bell have been doing for years; Malone’s tunes are perhaps a little less sticky than on “Hollywood’s Bleeding,” though there are still plenty of hooks, as are snappy cameos from Roddy Ricch, Gunna and the Weeknd.

The album’s heavy somberness lifts a few times, most notably on “I Like You (A Happier Song)” where he and Doja Cat exchange flirts amid a beach-summer vibes arrangement. “I could be your Chaka / Where’s your Rufus?” asks Doja — a very cute reference that’s sure to get lost among both stars’ Gen Z devotees.

There’s also “Wasting Angels,” a melodic sing-rap duet between Malone and one of his most important heirs, the Kid Laroi. Here the keyboards have a lively and upbeat quality; the chords are in a major key. Malone appears to offer some hard-won advice, recalling the time he was “sane before fame” to help prepare 18-year-old Laroi for what is to come.

And yet: “I don’t wanna know the truth,” Laroi raps in response. He appeared on the wrong album.

Commentary: The best comedy lesson Robin Williams taught me was learning to laugh at myself