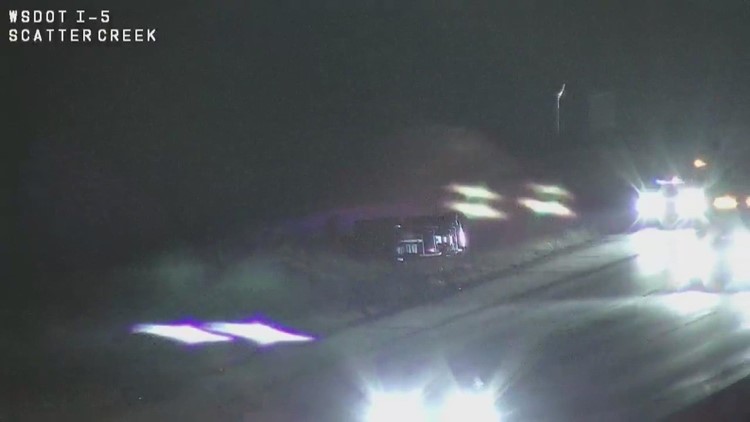 Almost all of western Washington is under a Winter Storm Warning that begins Thursday and will end Friday night.

SEATTLE — Thousands of people were without power and a section of Interstate 90 between Bellevue and Issaquah was closed Friday morning as freezing rain from a winter storm fell overnight across the region.

In addition to power outages in Snohomish, King and Pierce counties, about 1,000 people remain without power in the San Juan Islands, down from the initial nearly 15,000, or nearly all San Juan Islands residents, after the outage. countywide, according to Orcas Power and Light Co-op (OPALCO).

The entire county lost power around 5 p.m. Thursday, and there is no estimated recovery time. Around 2 a.m. on Friday, OPALCO said it had restored power and land and would begin providing power again to customers.

According to OPALCO, the problem is inland with Puget Sound Energy. The land-based BPA and PSE teams are responding to and investigating the issue and working to make the necessary repairs.

More local outages are possible as the cold rain continues. If you believe you are experiencing an outage, check the outage map for your utility provider.

Across the region, the Washington State Patrol (WSP) has warned of poor road conditions on highways and streets. People are encouraged to stay home if possible and drive cautiously if they must go out.

I-90 is closed between Interstate 405 and Highway 18, according to the Washington State Patrol, due to ice conditions, multiple collisions and deflections.

Due to heavy rainfall and icy conditions on many routes, we recommend that you limit all non-essential travel at this time. Our teams are still working on the road, but we recommend pausing until the weather improves. pic.twitter.com/dgDxgiNs0z

On Thursday night, the Thurston County Sheriff’s Office said it responded to multiple collisions along I-5 and State Route 8 after cold rain began to fall in the Olympia area.

The Washington State Department of Transportation also reported multiple crashes on I-5, Interstate 205, and State Route 14 after freezing rain began to fall around Clark County.

The National Weather Service first reported freezing rain along the I-5 corridor south from Olympia at around 8 p.m., as well as along the coast.

In Chehalis, a tweet shared with the National Weather Service showed a thick layer of ice covering someone’s car, which is a potential preview of what’s to come for areas further afield. North.

Bus operations across Pierce, King and Snohomish counties were canceled early Friday due to road conditions.

Due to weather, service in Pierce County will begin at 7 a.m. and all buses will run on snowy routes, according to the Pierce Transit website.

King County Metro said the buses were unable to leave the base due to road conditions. All services have been paused and an update is expected after 7am

Other services canceled include paratransit, City of Seattle streetcars and King County water taxis. Light rail is still in operation.

At Seattle-Tacoma International Airport, hundreds of flights were canceled, including all Alaska Airlines flights until noon on Friday due to weather conditions.

More than 430 flights were canceled as of Friday morning, according to FlightAware, a flight tracking website.

Download the KING 5 . app to test interactive radar near you, as well as the latest forecast, cameras and current conditions.

How to cope with heartbreak during the holidays

The ending of The Whale is explained by the play's writer, actors and directors

The Question on Putin’s Mind: Would We Risk New York to Keep Odessa Free?

Make the Metaverse a Sandbox