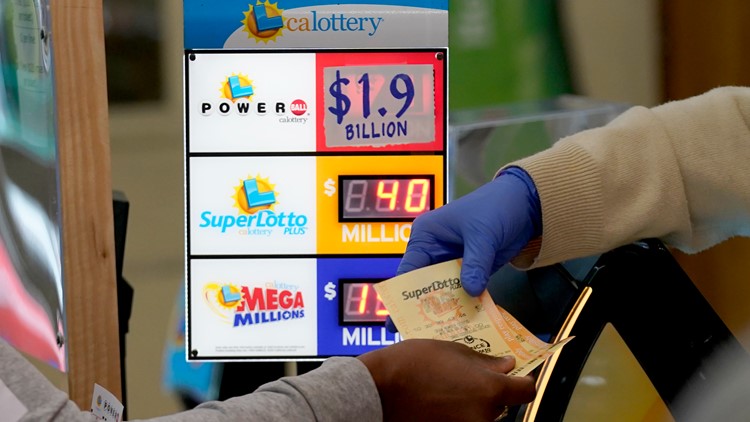 Despite the lengthy delay to Tuesday morning, Powerball’s record jackpot winning numbers have been announced.

The winning numbers are 10-33-41-47-56 with a Powerball of 10 and Power Play of 2X, the game’s website says. Monday night drawing has been delayed for more than 10 hours because a participating lottery had problems processing sales and other data.

Video of the drawing, supervised by a certified public accountant, was posted on Powerball’s YouTube page on Tuesday morning. This already sky-high estimated jackpot hit $2.04 billion before the draw.

Lottery officials said the naming of the lottery causing the delay was against policy. The draw cannot begin until all 48 participating lotteries submit their sale and play data.

“Like the rest of America, Powerball is eager to hold a draw for the world record jackpot, however, protecting the integrity of the draw is of paramount importance, even when that means further delay,” the Multistate Lottery Association said in a statement Tuesday morning.

It is not yet clear whether someone will eventually win the jackpot. Even with the huge prize pool, the odds of winning are very small – 1 in 292.2 million. If no one wins big despite a spike in ticket sales, the jackpot will set another record of 41 spins without a major winner.

There’s also a good chance that could happen; Saturday’s drawing only covers 62% of all possible number combinations. The previous record jackpot was over 88%.

Even so, more than a few people could become millionaires on Tuesday. Sixteen tickets across a dozen states were worth $1 million on Saturday, and one in Kentucky won $2 million.

The jackpot is nearly $400 million larger than the previous record and will continue to increase until someone wins. It is one of only five jackpots to have crossed the $1 billion mark.

A full $2.04 billion estimated payout is available to winners choosing a 29-year annuity. Most of the winners choose cash – over $929.1 million in the latest draw.

The Hammer Museum Joan Didion exhibit is poetic but limited