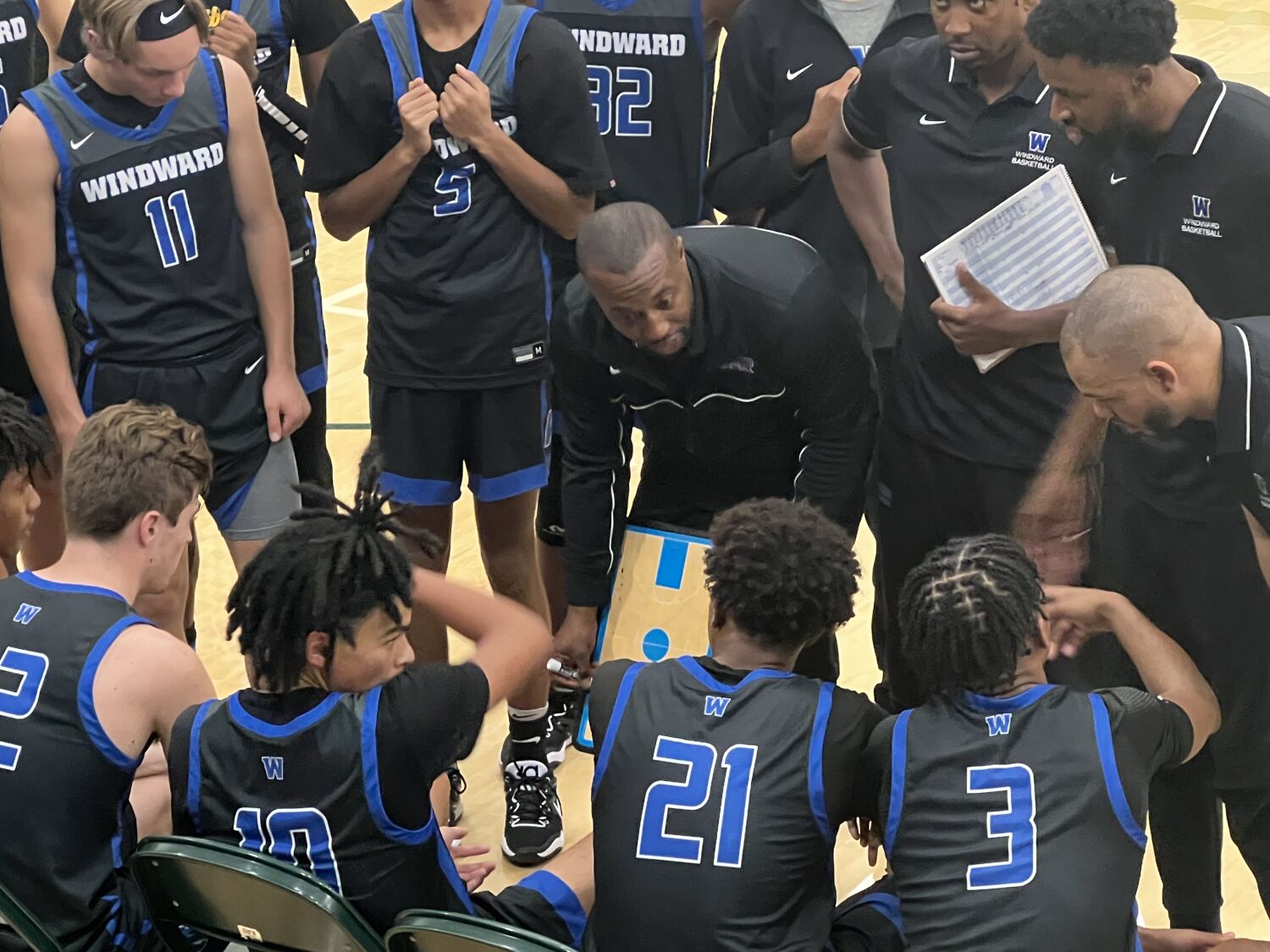 It was the strangest of all coaching debuts for former Sun Valley Poly All-City guard DJ Gay on Tuesday night. His Windward basketball team went 6 minutes and 10 seconds without a shot in the first quarter, then went 6:09 in the third quarter and remained scoreless. And yet, the Wildcats came away with a 56-50 win over St. Monica, lit by 22 points from sophomore guard Gavin Hightower.

Windward had a 22-0 run and St. Monica had a 25-3 run. Then Windward went on a final 13-0 run to pull away. Hightower made 14 of 17 free throws and was rewarded for attacking the basket and keeping his balance when things didn’t go well early on.

Said Hightower, “I just had to slow down.”

Luke Sammann got hot for Windward in the second half, finishing with 14 points. St. Monica received 13 points from Daniel Kirakosyan, who scored eight consecutive points at one point in the third quarter.

Gay, who coached in San Diego before defeating a large group of candidates for the Windward job, has a young team that only gets better with experience.

Oak Park 73, Knight 63: The Eagles had to endure 29 points from Knight’s Malik Larane to secure victory in the Providence tournament. Trey McDonald finished with 20 points, and Isaiah Sherrard and Dylan Hayse each added 16.

Natasha Leggero believes the world deserves her children — and yours too